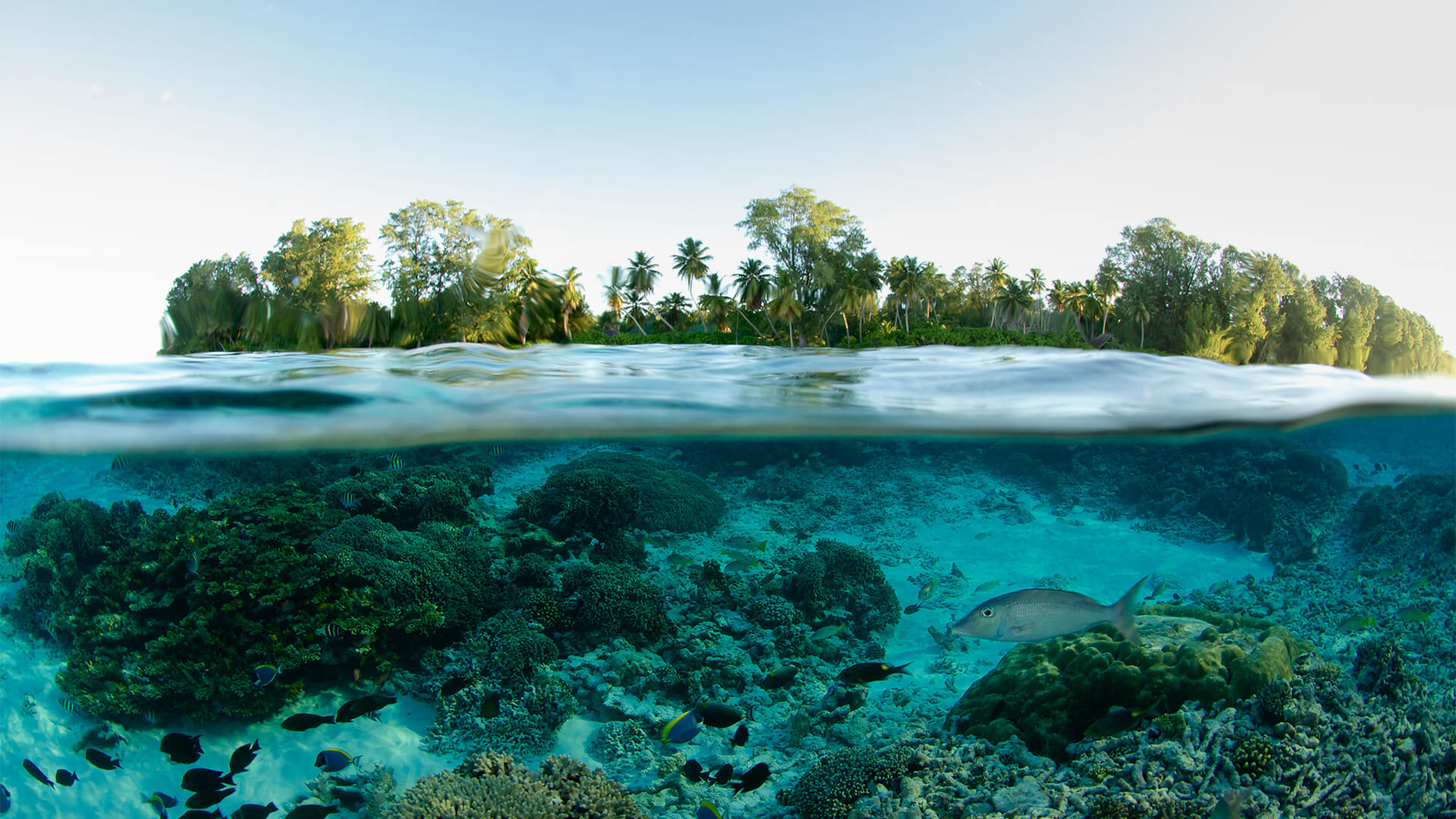 Since the early days of renowned English naturalist, geologist and biologist Charles Darwin, scientists have understood sea level rises don’t lead to the shrinking and/or growth of coral atolls.

In his 1842 book The Structure and Distribution of Coral Reefs, Darwin theorised that very rapid sea level rises enlarge coral atolls and do not destroy them.

In 1897, Darwin’s theory was confirmed after Professor Sir T.W. Edgeworth David drilled three holes into Tuvalu’s main atoll and intersected over 300 meters of coral, meaning the coral kept growing as the substrate sank.

Deep drilling through coal at Mururoa Atoll in French Polynesia during the 1960s aligned with Professor David’s results.

An analysis of more than 600 coral reef islands in the Pacific and Indian Oceans showed that some remained stable (40 per cent) or increased in area (40 per cent). Some islands grew as much as 5.6 hectares in a decade.

Tuvalu’s main atoll, Funafuti, comprising 33 islands around the rim of a lagoon, gained 32 hectares during the last 115 years. Over the last four decades, it has enjoyed an increase in total land area of 2.9 per cent.

Over the period from 14,700 to 6000 years ago during the 130-metre post-glacial sea level rise, coral reefs kept up with sea level rise.

And yet the green activists tell us the Pacific and Indian Ocean islanders will be forced to leave their homes due to a predicted sea level rise of less than a metre in the next couple of decades!

In fact, it seems that the only thing threatening the size of islands in the Pacific and Indian oceans is their reaction to the doomsday predictions about rising sea levels and sinking islands.

For instance, in South Tarawa, Kiribati coral blocks are used for seawalls, causeways between islands and creating new land. However, this has led to greater storm erosion, changes in sedimentation patterns and more common inundation during storm surges.

As Professor Ian Plimer wrote, after compiling the figures outlined above, “climate activism by the IPCC and COP is littered with lies, false claims, fraud and cooked data.

“Young women like Brianna Fruen and Greta Thunberg are paraded to deliver an emotional fact-free message and yet claim to follow the science.

“The COP26 doomsday scenario for Pacific atoll nations has nothing to do with climate, the environment or the welfare of islanders.

“These are UN-sponsored meetings to use their sticky fingers to extract money from Western countries that do not protect their economy, freedoms and sovereignty.”