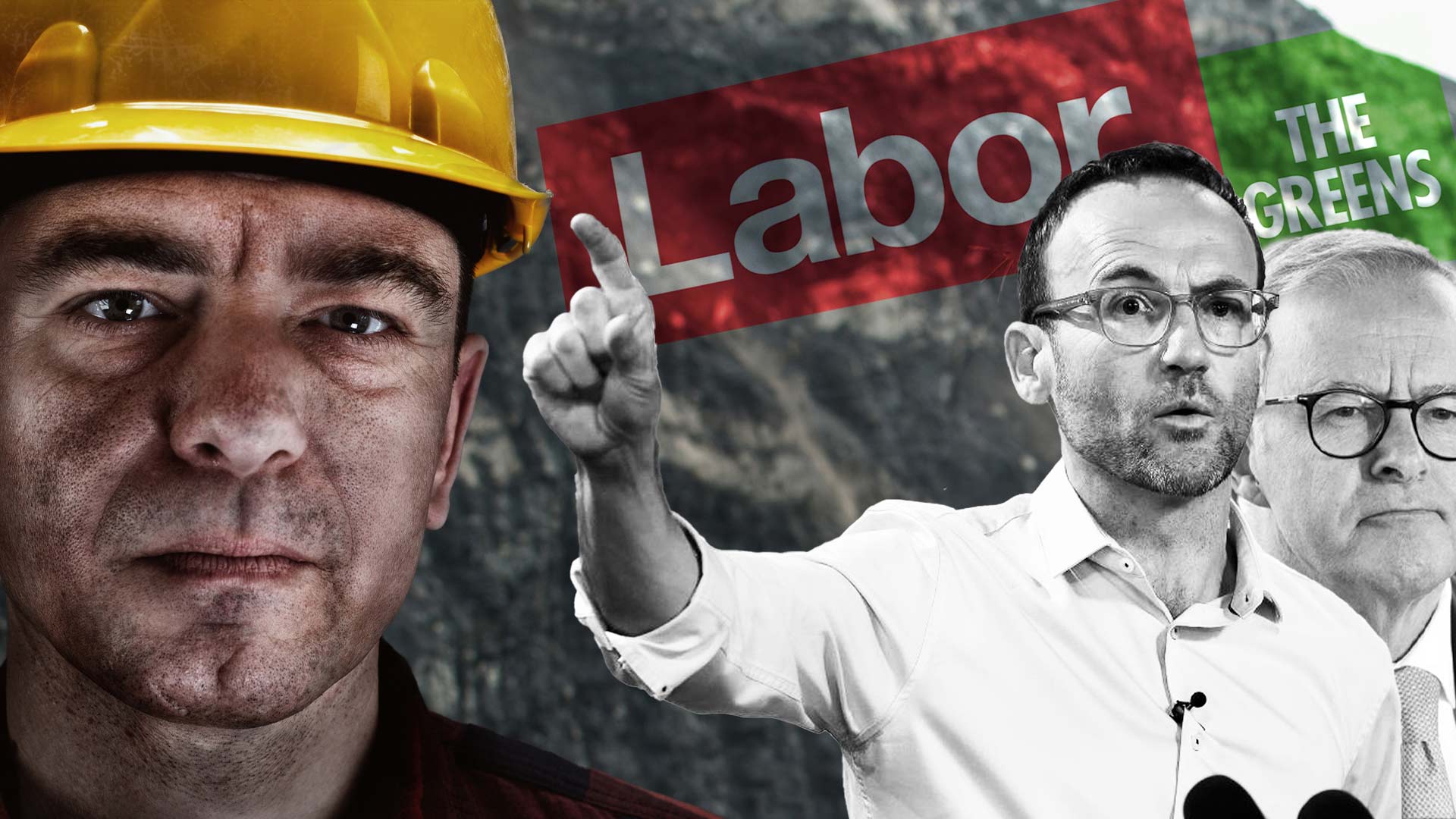 If Australians vote Labor to spite the “modern Liberals”, they will put green nutjob Adam Bandt in charge of the nation’s future.

How can we make such a big call here at ADVANCE?

Twelve years ago, Julia Gillard didn’t have the numbers to get herself in the Lodge post-election. With the support of sleazy Albanese, she rang up her fellow green traveller Bob Brown. They did a deal to form a Labor-Greens coalition…and the rest is history…and history tends to repeat itself.

At the May 21 election, there’s NO WAY Each-Way Albo can convince enough hard-working Aussies to trust him. If he gets close, he will do a DIRTY DEAL with the Greens to form government. This would essentially place Adam Bandt in the position of DEPUTY PM, and the consequences for the nation will be profound.

Speaking to the media this morning, the Greens said, “they have a plan to phase out coal exports and levy the coal corporations to help pay for the damage they’re causing and to grow new, clean industries with secure jobs.”

His phase out will occur via a yearly export cap that will cut the maximum annual thermal coal exports from 230m tonnes in 2023 to zero by 2030. Bandt will also establish a moratorium on new coal, oil and gas development.

Perhaps this is why Xi Jinping is about to rapidly INCREASE their own domestic coal production!

As reported by ABC news, “official plans call for boosting coal production capacity by 300 million tons this year, according to news reports. That is equal to 7 per cent of last year’s output of 4.1 billion tons, which was an increase of 5.7 per cent over 2020.”

Memo to the Greens: 300 million tonnes is equal to 70 per cent of Australia’s entire coal exports.

According to Chinese Communist Party cabinet officials, their decision to increase production is because coal is important for “energy security”.

Li Shuo, a senior global policy adviser for Greenpeace, had a whinge in response.

“This mentality of ensuring energy security has become dominant, trumping carbon neutrality,” Li said. “We are moving into a relatively unfavourable time period for climate action in China.”

None of this should be surprising to anyone.

As ADVANCE reported in December, the International Energy Agency’s Coal 2021 report found that global power generation from coal is expected to jump by 9 per cent in 2021 to an all-time high of 10,350 terawatt-hours.

The IEA found that coal demand may well hit a new all-time high in the next two years. “Based on current trends, global coal demand is set to rise to 8025 Mt in 2022, the highest level ever seen, and to remain there through 2024,” the IEA wrote.

The world’s largest energy organisation also concluded that coal production is set to rise to its highest ever levels in 2022 and coal prices reached record highs in 2021.

The lesson from all this?

Just last week the front pages of the ABC, Sydney Morning Herald and the Guardian were CELEBRATING the fact that Chinese imports of Aussie coal will decrease because of dwindling demand for fossil fuels.

The Chinese don’t want to rely on Aussie coal and are increasing their own domestic production of dirty coal to get rid of us. It’s becoming increasingly clear that future for Australia’s resource exporters is in India, South-East Asia and Europe…