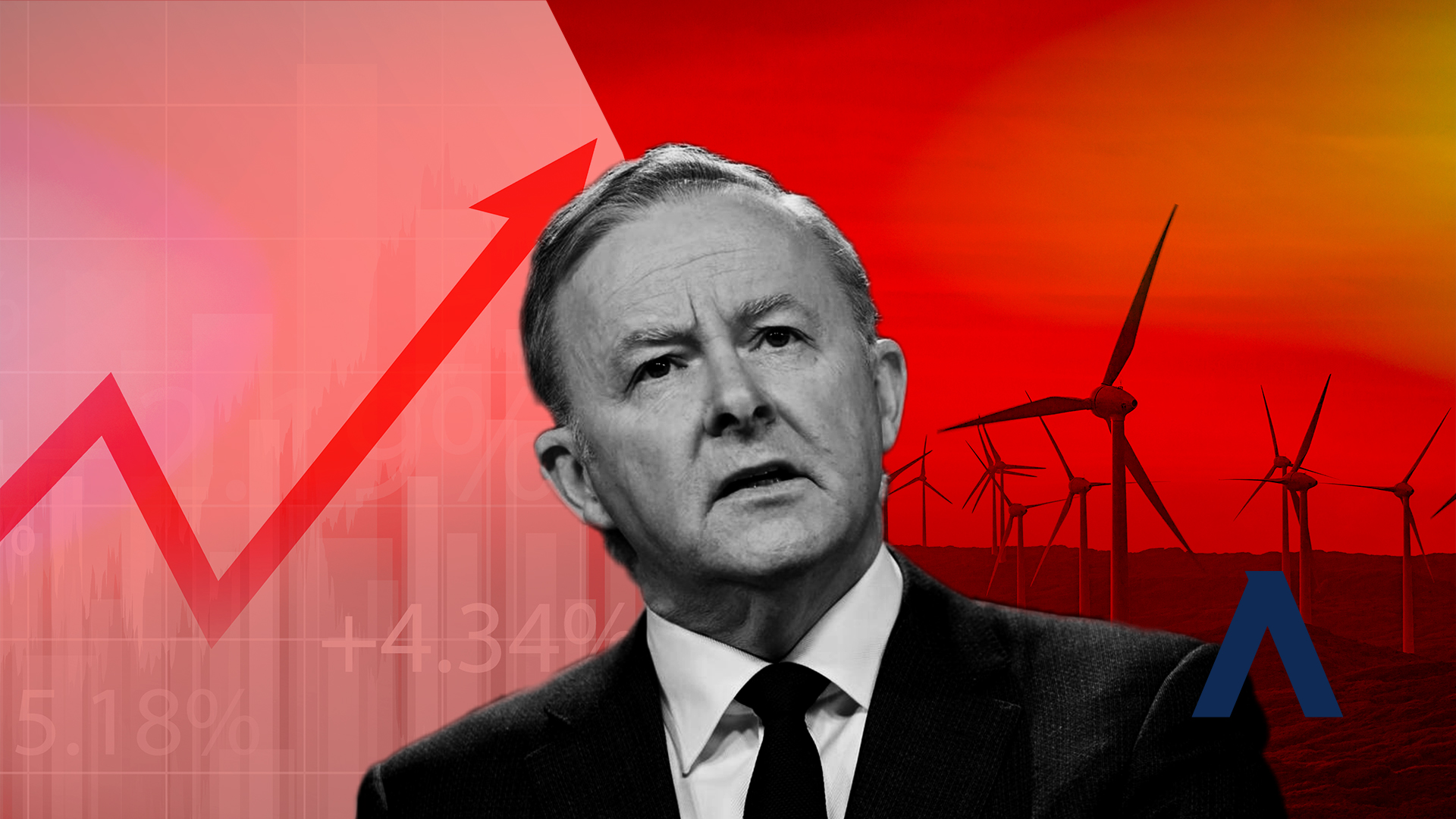 Prime Minister Anthony Albanese owes the millions of people who voted for him an apology.

Throughout his campaign to get to the Lodge, Labor PROMISED they’d cut power prices by $275.

In fact, according to numbers put together by the Coalition, Labor made this promise 97 TIMES before election day.

However, the whole thing has now blown up in their face…

According to the forecasts from their 2022/23 budget, power prices will rise by 56 per cent over the next two years.

This means that the energy bill for the average Aussie household will go up by more than $1500 a year.

Do you notice a pattern here?

Julia Gillard made a similar broken promise before the 2010 election.

She promised that “there will be no carbon tax under a government I lead” …only to legislate a carbon tax a few months later.

This is Labor’s modus operandi and it’s why we can’t trust them.

To get into power, they will say anything.

…and when they get into power, they just lie.

In Treasurer Jim Chalmers’ budget speech from earlier this week, he blamed the Ukraine war for high power prices.

The man is plain wrong.

Australia has an incredible abundance of natural resources that should protect us from international shocks like the war in Ukraine.

So why do we have such high energy prices?

It’s because we’re not using them.

We export our coal, gas and uranium… and yet we are shutting down our own coal-fired power plants, gas projects and still have a ban on nuclear power.

The evidence is abundant.

In the figure below, you can see that power prices in New South Wales began to rise after Liddell coal-fired power plant shut its first unit, not the war in Ukraine a couple months earlier.

In fact, in March this year – the month after the Ukraine invasion – Queensland energy prices fell. 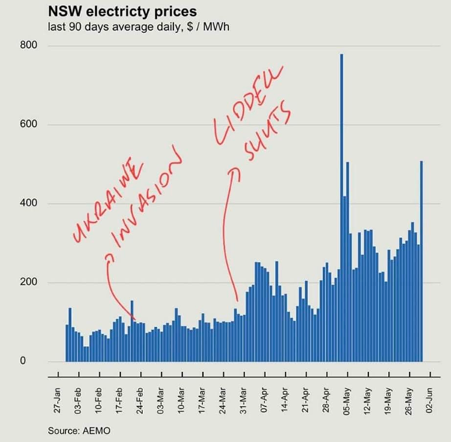 The situation is only going to get worse.

In six months, Liddell will shut its final three units, and the rest of the country’s coal plants will be slowly shut down over the next 15 years.

It’s a disaster waiting to happen…and still Labor reckons “renewables are the cheapest form of energy”!