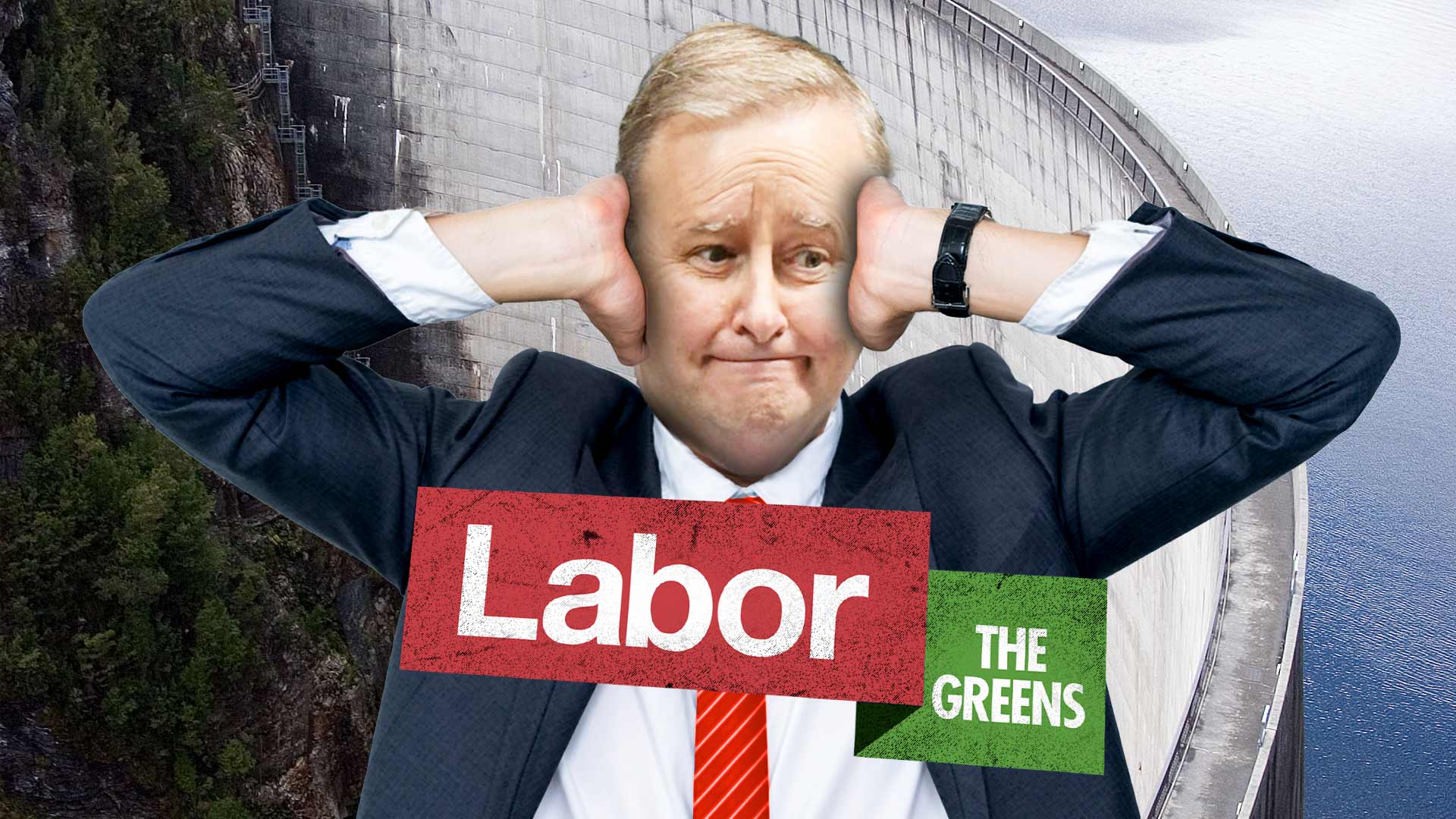 For months now ADVANCE has been repeating the very same point: vote Labor, get Greens. And the evidence continues to pile up.

Two weeks ago, the Morrison government announced they were committing $5.4 billion to the Hells Gate Dam in North Queensland. The dam will hold 2100 gigalitres. It will facilitate development of 60,000ha of agricultural irrigation. It will support more than 3000 jobs and generate up to $6 billion in gross regional product. Even better it will drought proof much of Queensland and bolster our water security.

The response from Labor?

Although they said building Hells Gates and Urannah Dam was their policy, Labor in Queensland hasn’t put a cent towards building either after being in power for seven years.

After the Coalition put the money on the table, Labor hasn’t said anything about the dam and its importance to far north Queensland.

And now the people of far north Queensland are beginning to talk.

In fact, many are now saying that if Labor doesn’t back the Coalition’s plan to build the Hells Gates Dam, it will be as bad for the once-party-of-the-worker at the upcoming election as their opposition to the Adani Carmichael mine was for Bill Shorten in 2019.

“We’re calling on Mr Albanese to clarify Labor’s position as soon as possible,” she said. “As a region, we have no interest in another pitched-battle election campaign over a project that could have and should have been a no-brainer.”

“Ideally we would have loved to see support for Hells Gates Dam included in the budget reply, but stating their position in time for the opening days of the election campaign would be an ideal way for the opposition to make a statement to north Queensland and rebuild some trust that might have been lost three years ago in the region,” she said.

Good on you, Claudia!

This is EXACTLY what the Labor party does.

Anthony Albanese can’t back the dam because the people in his own inner-Sydney seat of Grayndler would get their hemp knickers in a twist.

The green element of Labor do not believe in dams.

Remember when the Rudd government listened to Tim Flannery’s declaration that the rain would never fill the dams again and spent billions on useless desalination plants that are hardly ever turned on?

Labor and the Greens do not care for Far North Queensland.

Although some may say this is because Labor doesn’t get their votes from up that way, others contend it’s because they have an utter disdain for the tough, hard-yakka, patriotic workers and farmers who make far north Queensland the special place it is.

Even worse, it’s clear that the green element of Labor is running the show.

As Deputy Prime Minister Barnaby Joyce wrote in response to Labor’s deafening silence on the Hells Gate Dam: “Labor’s blood runs green not red. They are not even a shadow of Chifley or Curtin, with no vision, nor strength. A weak choice of Anthony Albanese, Penny Wong and Richard Marles in the toughest times for our nation.”