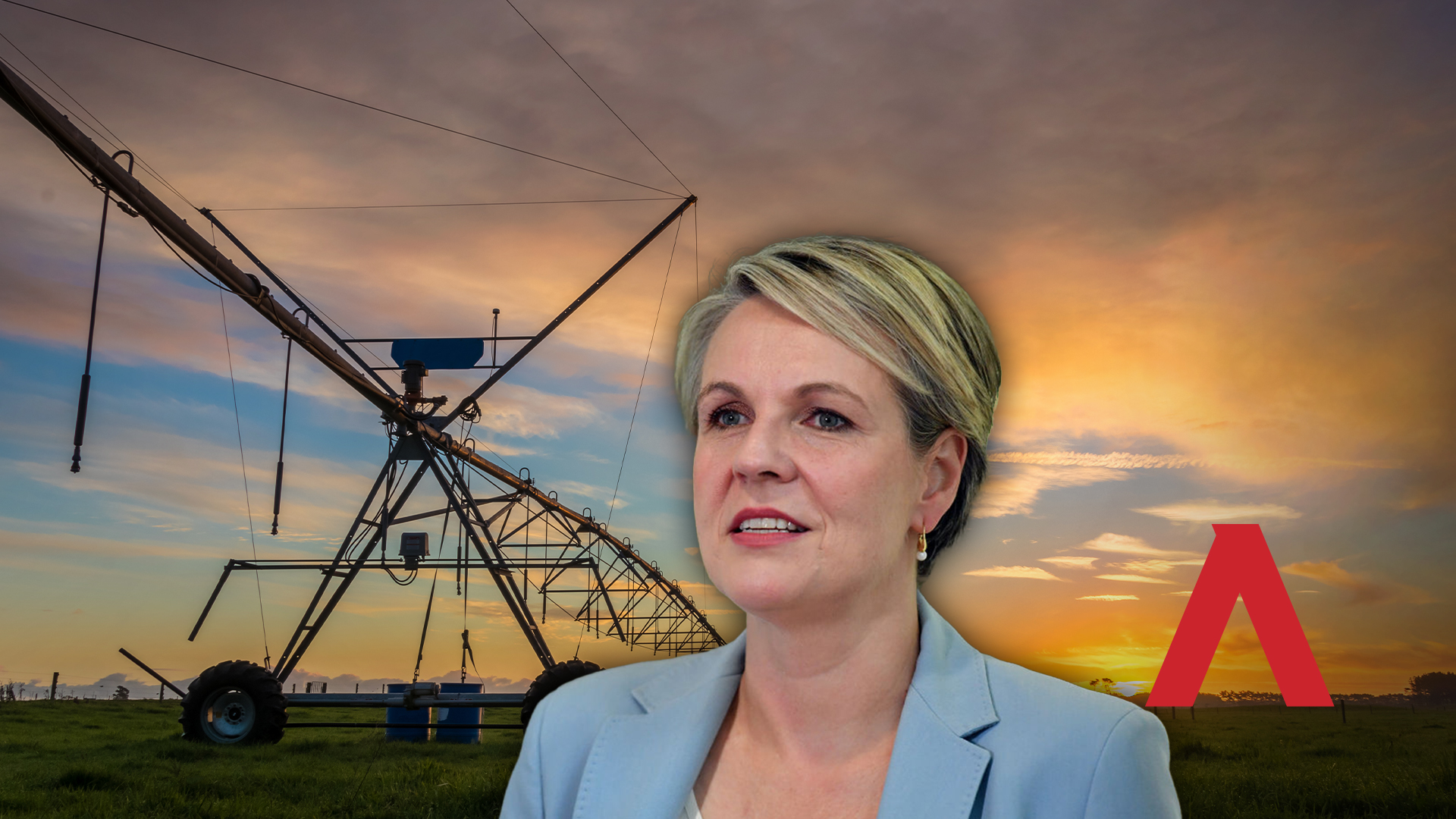 The Labor party has an utter disdain for our farmers, and Environment Minister Tanya Plibersek is leading the charge against them.

Last week, Tanya and the bureaucrats at the Murray Darling Basin Authority reiterated their support for a plan to take another 450 gigalitres of irrigation water off our farmers to boost “environmental flows”.

That's essentially an entire Sydney Harbour of irrigation water that will be taken off our farms and "sent back to the environment", to borrow Labor’s terminology.

What’s an "environmental flow" that gets “sent back to the environment”?

Well in 2009, the Rudd Government (which was gripped by climate alarmism and Tim Flannery's prophecy that climate change will send the Murray into "permanent drought") set aside billions to take 20 per cent of the water farmers are allocated for irrigation that year.

The argument was that climate change would reduce the amount of water in the Murray system and that this would compromise the health of the Basin. Therefore farmers had to sacrifice some of their irrigation water to benefit the environment.

As a result, farmers didn't have enough water during the drought which came in 2015 and lasted until 2019.

Now they want to take more from our farmers even though the Murray has never been more full, with the Murray Darling Basin Authority admitting flows from the river into South Australia are at their highest level in six years.

That’s why Victorian Farmers Federation Water Council Chair Andrew Leahy said no more water should be taken from farmers given the toll it imposes on them, especially when drought comes.

“Over 2,100 gigalitres of water has already been recovered for the environment and has delivered great benefit to our ecosystems. But we must acknowledge the huge toll on rural communities and agricultural jobs as a consequence,” Leahy said in a statement.

Good on you, mate! You're exactly right.

The Murray has never been healthier and our dams are overflowing.

We should be encouraging farmers to build more dams on their properties and store more water so that when drought comes around they can keep putting food on the table.

But, no! Labor isn't having any of this.

It seems Labor is hellbent on hurting our farmers, and it’s not just about water.

At the moment, Tanya Plibersek is considering a request by Aboriginal activists to halt on the development of a $4.3 billion Western Australian fertiliser plant while fertiliser prices are at record highs and food shortages hit every corner of the planet.

She’s also planning to lock up 30 per cent of Australia’s land – a move that will require the locking up of another 65 million hectares of Aussie bush – even though we already have 4 per cent of the world’s global forest estate, the world’s sixth largest forested area, and the fourth largest area of forest in nature conservation reserves.

Locking up the Aussie bush will lead to feral animal outbreaks, fuel build up and the eventual triggering of wildfires that will destroy farms, communities and the health of our land and soil.

It makes no sense, but hey, that's Labor!