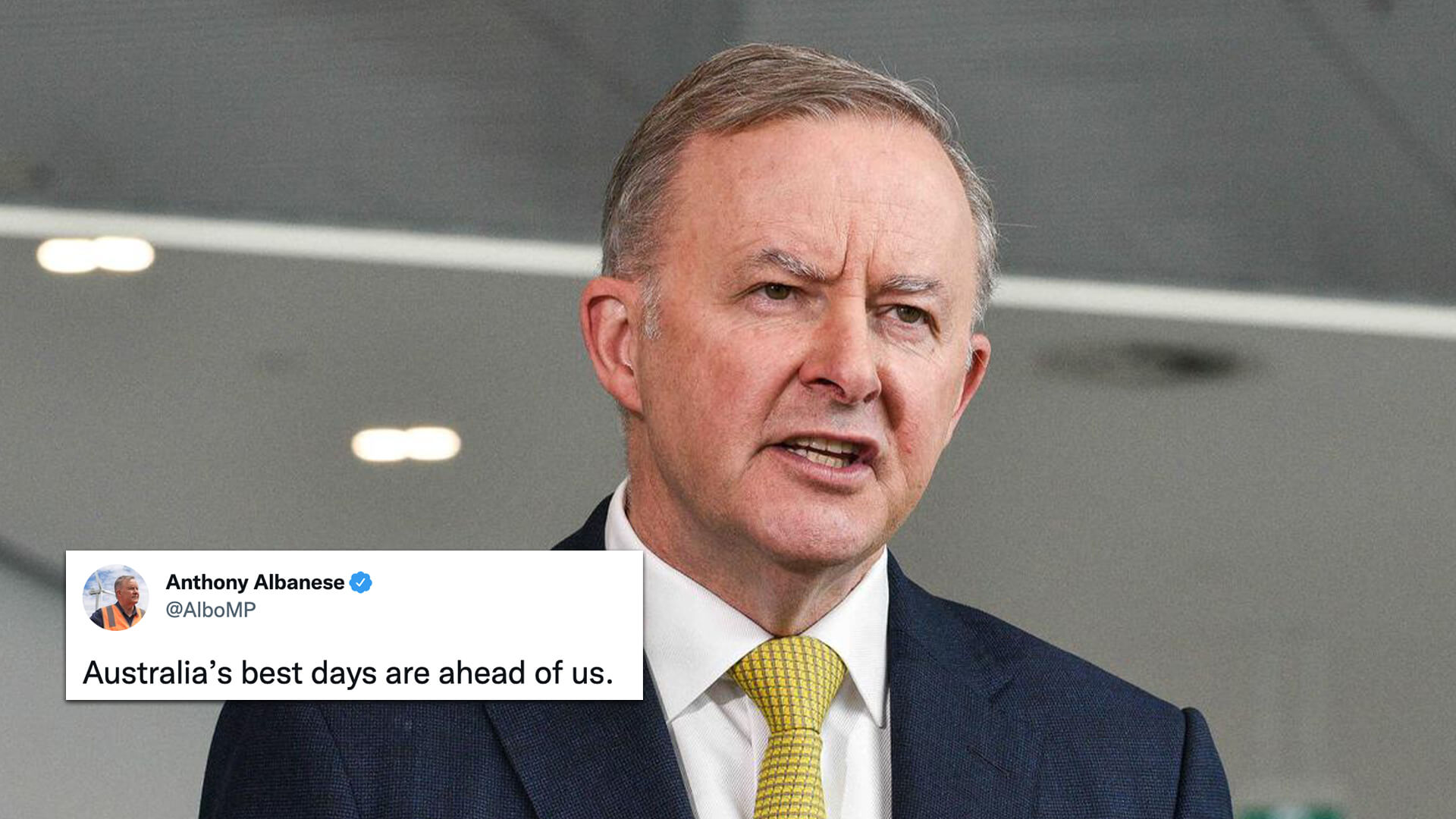 The Labor party is so weak and pathetic it doesn’t even have the guts to tell us that they hate our country and its history.

While millions of Australians hit the beach and sparked up the BBQ yesterday, Labor’s frontbench were busy hiding from the spotlight.

Anthony Albanese couldn’t bear saying the three simple words: “Happy Australia Day”. Instead, he declared “Australia’s best days are ahead of us”. The man even refused to shake the Prime Minister’s hand at the Flag Raising Ceremony in Canberra after former Australian of the Year Grace Tame’s petulant performance the day before.

Could you be any more unAustralian, mate?

Next was Tanya Plibersek who wrote “January 26 in my electorate: celebrating and learning about our history at Yabun Festival and welcoming our newest citizens to our great city.”

New South Wales Labor leader Chris Minns made sure everyone knew he had “a moving start to the day, joining the Metropolitan Local Aboriginal Land Council at the WugulOra Ceremony” and “welcoming new Australians to our community”.

While Annastacia Palaszczuk said she “pledges my loyalty to Australia and its people, whose rights and liberties I respect, and whose laws I will uphold and obey” – a most ironic statement given she has trashed the rights and liberties of people trying to cross the border and see their dying loved ones on countless occasions over the last two years.

Australia, these are the sort of people you’ll get running our government if you vote Labor.

They always talk about the history of our Aboriginal brothers and sisters but NEVER discuss the unparalleled humanitarianism of Governor Sir Arthur Phillip or the incredible bravery of Captain Cook.

And instead of coming clean with the Australian people about their intention to change the date of Australia Day, they just avoid the question altogether.

Why? So, they still have a chance of getting a slice of the patriot vote at the upcoming election.

Although weak modern Liberals like Dave Sharma and Trent Zimmerman aren’t much better than Labor, many of our allies in the Liberal-National party weren’t ashamed of our national day of celebration.

George Christensen wore a shirt covered in Australian flags. He had a crack at the Brisbane Lions AFL team for saying Australia Day is “not a day to celebrate”. And of course, he wished Australians a Happy Australia Day.

While Defence Minister Peter Dutton wrote, “Happy Australia Day! Today, on 26 January, we celebrate what we have achieved together as Australians, our resilience, our prosperity, and our mateship. However you’re celebrating today, I hope you can take a moment to reflect on the achievements of our great country and how lucky we all are.”

Bang on, Dutts! How lucky we are indeed…