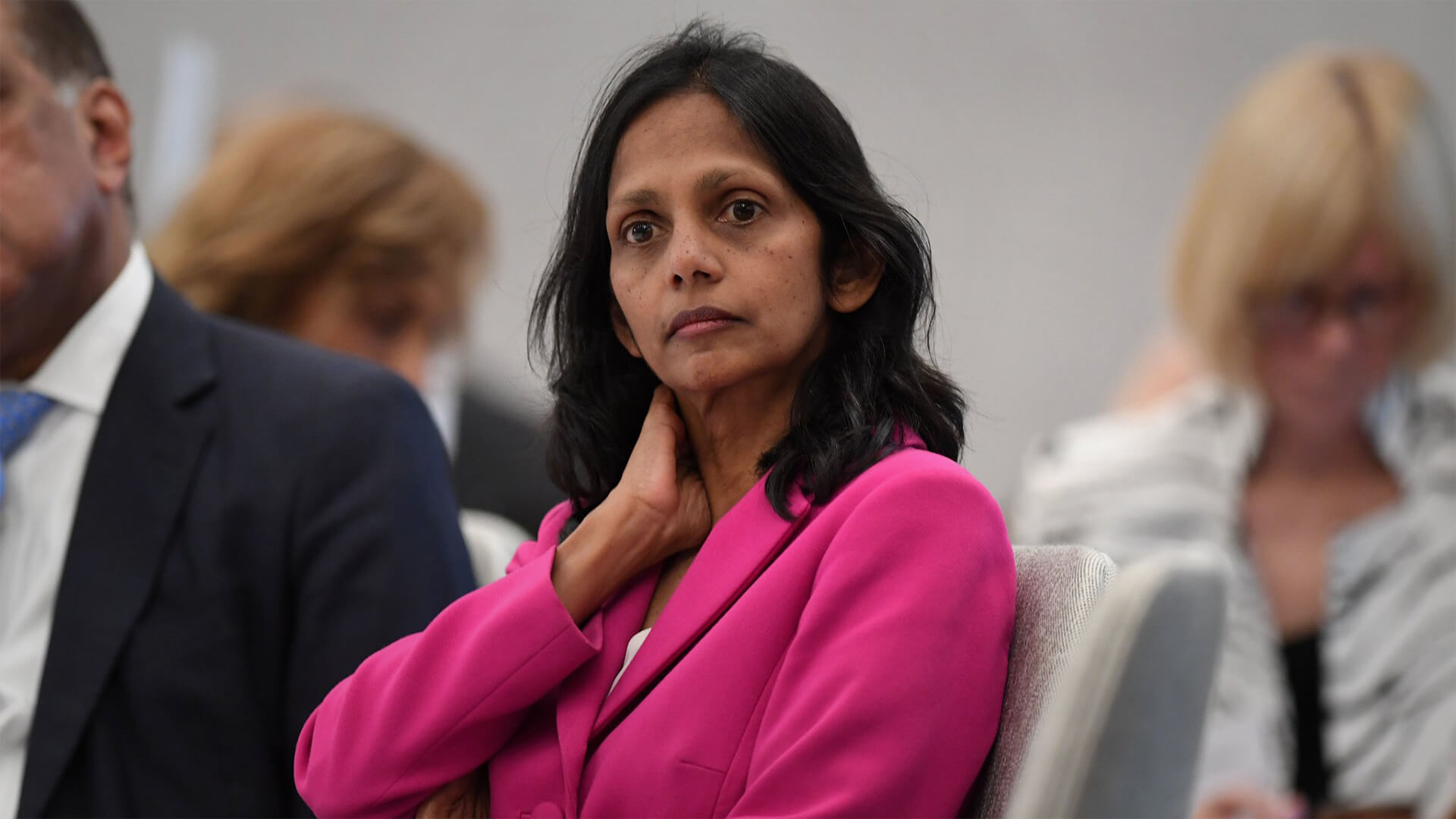 Macquarie Bank has gone woke and it has nothing to do with saving the planet.

In an interview with The Australian, Macquarie CEO Shemara Wikramanayake – the woman who rakes in a humble $44,000 in wages every day – says she has been inspired to act on climate change by her kids.

“We are accountable to that younger generation, but the thing is they can, at this point in their lives, only help us with awareness and asking us to get on and act,” Wikramanayake said.

“What our generation has to do is not carry on saying, ‘Oh there’s a problem’ … we have to get on with the solution. We need to not do this precipitously and cause disruption and blow the whole thing up, so it’s our responsibility to be the adults.”

Are you sure your support for the “green revolution” isn’t a response to your financial modelling that predicts that if/when a Labor-Greens-GetUp federal government get elected, extortionate financial returns will be available to you (via taxpayer subsidies) for investing in inefficient, costly, Chinese-made renewable energy sources?

Zero investment risk to you. Any or all losses will be worn by the struggling taxpayer. Even better, any bad publicity generated by the investment will be downplayed by saying “forgive us, we were just doing it for the kids”.

How stupid do you people think the Australian people are?

Judging by the “green” projects she wants to back, its clear she reckons we’re VERY stupid, indeed.

According to The Australian, Shemara’s Macquarie Group has a “1000-megawatt offshore wind farm in the Gippsland Basin” in the pipeline.

In response, ADVANCE has a few questions:

Finally, Shemara is thinking of backing a 150-megawatt big battery to be built at the site of the former Hazelwood coal plant.

We are really looking forward to your responses.