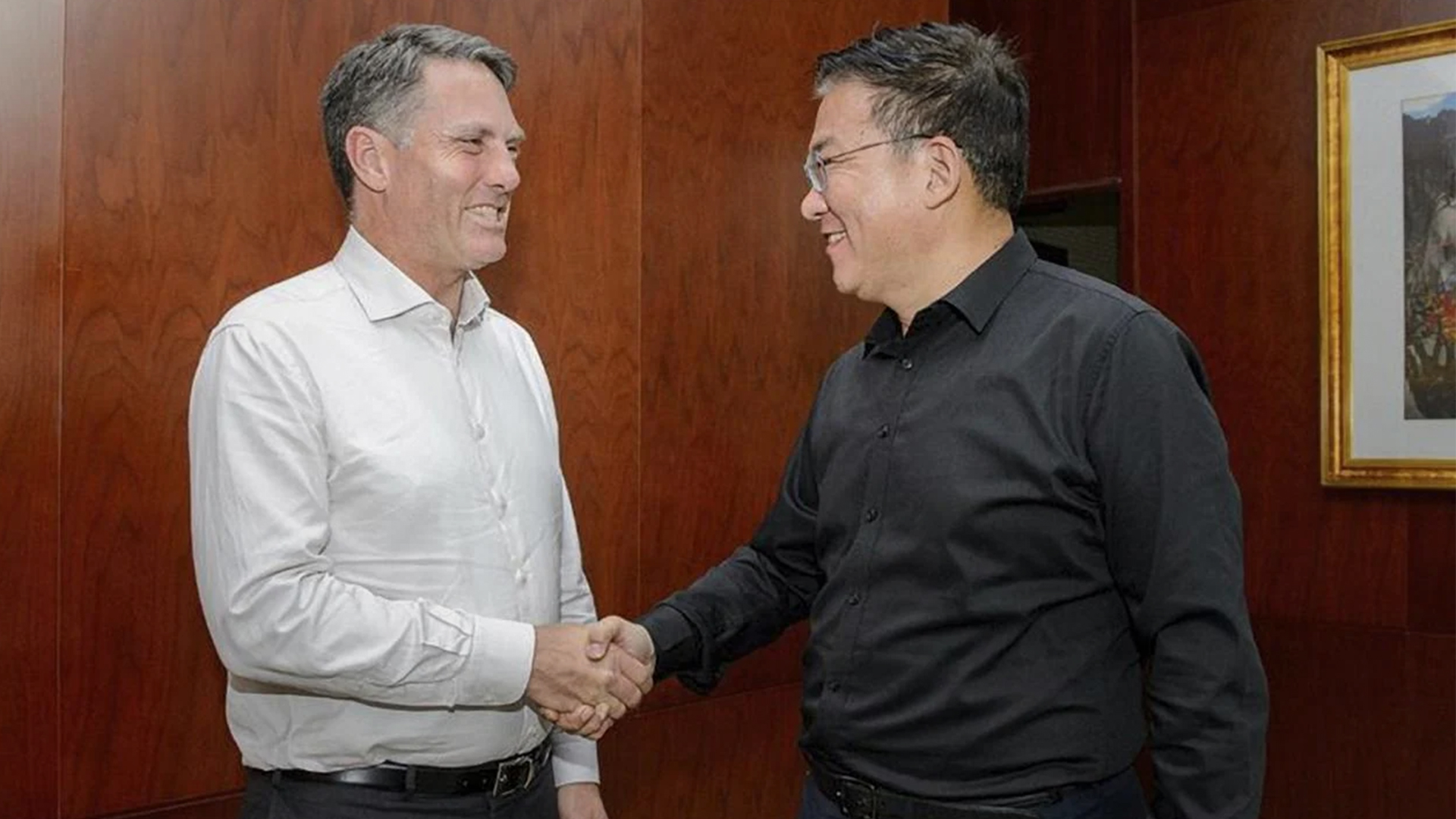 It was the PM who called Each-Way Albo’s 2IC Richard Marles a “Manchurian candidate” in Parliament.

And as reported by The Australian this morning, Marles held a whopping 10 meetings with the Chinese embassy or officials in the past five years while tensions escalated between PM Scott Morrison and Xi Jinping’s regime.

Marles met with “wolf warrior” and former ambassador Cheng Jingye, who was responsible for issuing a list of 14 demands to Australia. The contact with such high-ranking and controversial Chinese officials “was raised with the national security apparatus” according to The Australian.

Other sources say that Mr Marles’s contact with the embassy and attitude towards China sparked concern among Labor colleagues, including former deputy chair of the joint committee on intelligence and security, Anthony Byrne, and the late Kimberley Kitching.

At one private meeting with Chinese officials, Mr Marles is accused of having said that Sino-Australian relations would improve under a Labor government.

In fact, Marles has been meeting with Chinese officials more than Foreign Minister Marise Payne!

Marles met Chinese officials three times in 2017, once in 2018, twice in 2019, once in 2020, twice in 2021 and postponed a meeting scheduled for March 2022. However, since Marise Payne became Foreign Minister, she has only had two meetings with the previous Chinese ambassador and one with his replacement.

Perhaps this is why the Chinese embassy was kind enough to facilitate Marles 2019 trip to China and introduce him to senior Communist Party officials.

What are you talking to Chinese officials about behind closed doors, Richard?

Although senior Labor party figures have said that there’s nothing wrong with Marles’ interactions with Chinese officials and that staff were present at all times, blind Freddie can see something isn’t quite right.

The Chinese have given us the proof themselves!

In a Chinese-language report dated September 23, 2019, by the International Department of the Central Committee of the Chinese Communist Party, the CCP says: Labor was “willing to deepen exchanges and co-operation between the two parties so as to promote the ­development of Australia-China relations.”

Only six days after he returned from Beijing, Marles told the ABC that Chinese officials he met in Beijing complained about how the Australian government was managing the relationship with China.

Mr Marles agreed that “this government, our government right now, is managing this relationship badly”. He said there had been “complete ineptness on the part of this government” and added: “right now, we have a massive trust deficit in terms of our relationship with China, and we need to build trust.”

The short point from all of this?

Labor DOES NOT believe in standing up to China.

They DO NOT believe we should rebuild our military and critical infrastructure to ensure we can’t be subject to an invasion or attack.

Instead, their military and defence philosophy preaches appeasement.

As any good student of history would ask when it comes to policies of appeasement, “how did it work out for the British when they tried to appease Adolf Hitler and Benito Mussolini?”

Not well at all…