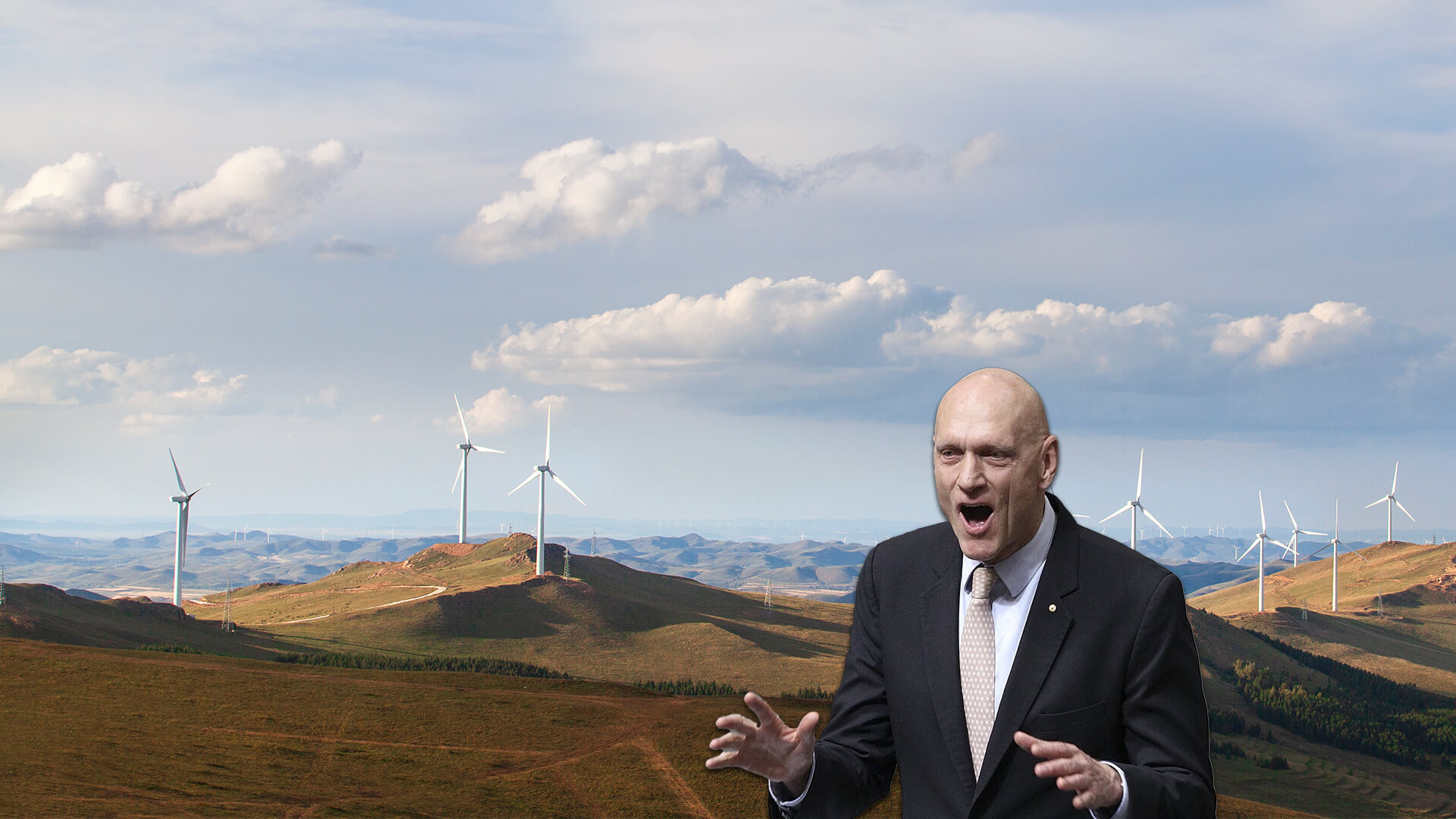 In an obvious attempt to claw back some form of relevancy, the once legendary Aussie band Midnight Oil has come out with a new song about climate change titled “Rising Seas” and it’s by far their worst yet.

In fact, it’s so woke that ADVANCE calls on Peter Garrett to change the band’s name to “Midnight Solar”' in solidarity with the international movement to deindustrialise the Western world with intermittent renewables and vain net-zero targets.

Below are the lyrics to Midnight Solar’s latest song. In red are ADVANCE’s responses:

Every child put down your toys

And come inside to sleep

Lets confess we did not act

So open up the floodgates

To the rising seas

Yep, we sure did sell our kids out cheap.

We sold them out to globalism, banksters and compromised politicians.

Energy prices up 91 per cent in the last decade. Gas prices up. Fuel prices up after we shut down our refineries.

We sell our iron ore and coal to the Chinese Communist Party who value-add the raw materials into steel and sell it back to us at a premium.

We don’t legalise nuclear power, the only form of emission free baseload power.

We rely on mass immigration to prop up our entire economy and especially the property market which is now effectively inaccessible to any young person who isn't set to inherit millions.

We could keep going guys…

Depends on how you look at the data. Temperatures have been rising and falling since the beginning of time.

ADVANCE and our 151,000+ supporters aren’t “climate deniers”. The climate is changing. The question is the extent to which humans are contributing and whether it is worth destroying our industrial competitiveness in a vain attempt to save the planet when the Chinese and Indians are doing nothing but building more coal fired power plants to underpin their rapid industrialisation.

Just look at how the “experts” compute climate change.

The worst ever heatwave in the United States was in 1936. This obviously doesn’t fit the narrative, so very often data starts in 1960, ignoring the 1930s, producing a convenient, upward trend. 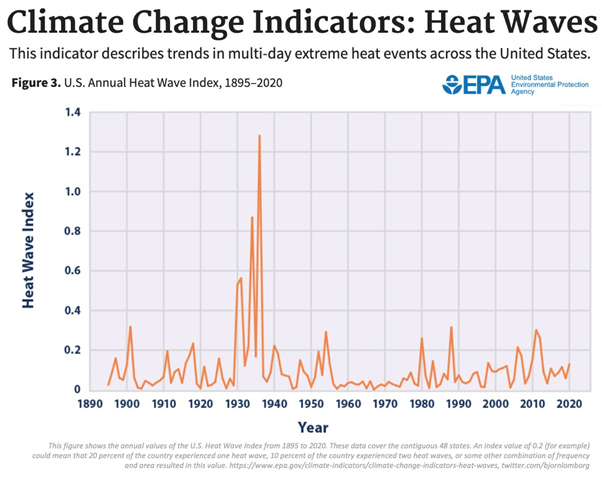 When it comes to Wall Street we have no clue what you’re on about.

After all, Goldman Sachs said it’s planning to spend $750 billion on “sustainable finance-related projects” over the next decade. We wonder whether that has anything to do with the huge push for net-zero emissions targets and subsidies to intermittent renewable energy by Blackrock and co…

If you can’t decide

Between wrong and right

If you can’t see through

All that you hold true

Queen of the Firmament

Lord of all beneath

Masters of the Universe

And in many countries they adore celebrities

Open up the floodgates

To the Rising Seas

We’re all refugees? Really? What does that even mean? 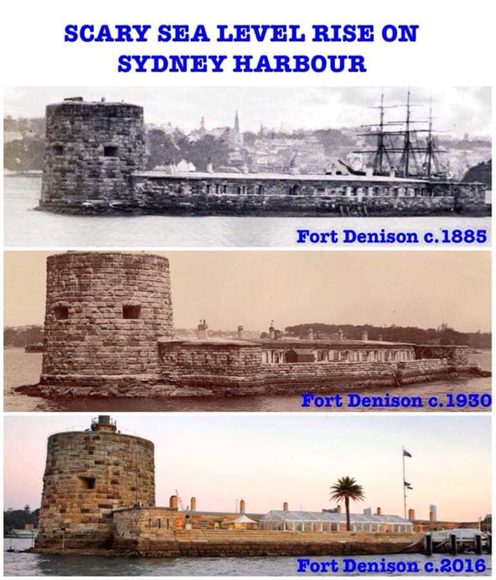 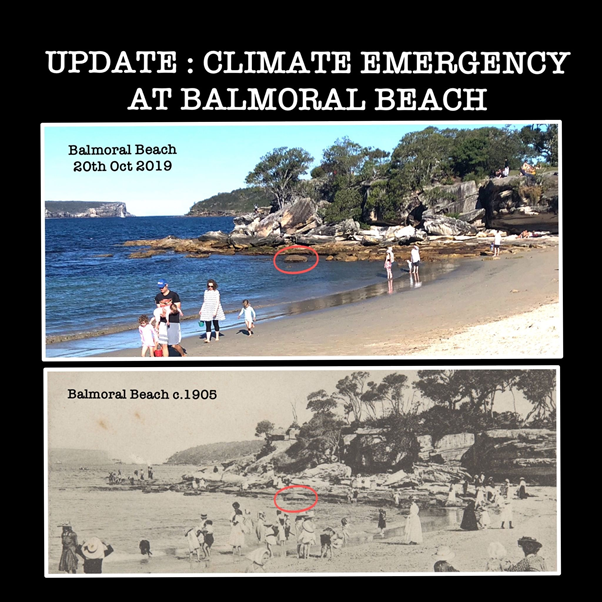 Even better, go talk to the oyster farmers of Batemans Bay.

As Alan Jones told Treasurer Josh Frydenberg a few years ago, “I've spoken to oyster farmers in relation to the Batemans Bay fire crisis and John and Jim, twin brothers run Batemans Bay Oysters. Their traps have been set at the same level for 50 years and oysters can only be caught at a certain sea level.”

“If the seas were rising, they'd be out of business and they said, ‘this is rubbish.’ And yet you've got ‑ so it hasn't happened in the past, the sea levels haven't risen in the last 20 years, which they want, but now they're saying but they may in the future, and they may be between 0.4 and 0.6 metres.”

“Where does this crap come from?”

They said it was coming

We knew it was a-coming

Mate the entire industrial revolution was built on the back of coal.

Look at the British Empire for goodness sake. How about the one billion Chinese who lifted themselves out of poverty via coal-powered rapid industrialisation? Then there’s the trees! Ever considered that coal-fired power has allowed the world’s poorest peoples to transition away from heating their homes and cooking their food with wood, which has increased global forest cover? These aren’t “past glories”. These are current glories and we shouldn’t be so arrogant to write them off as “dinosaur stories”.

As the saying goes, “the best way to control people is through fear”.

If you lift your game

Put your toys away

On that Western plain

You lift your game.

Power your concerts with solar panels at night!

Rely on batteries using cobalt and rare earth metals from African mines that use slave labour!

Erect giant wind turbines in your backyard so you endure sleepless nights for the rest of your life and your animals suffer from the disruption of electromagnetic currents that compromise their health!

Put your guitars and drumsticks away and put your money where your mouth is, mate.

Queen of the Firmament

Lord of all beneath

Masters of the Universe

And in many countries they adore celebrities

Open up the floodgates

To the Rising Seas

Blah blah blah: look at me. My name is Peter Garrett. I believe in taking action on climate change because it gives me transcendent purpose without actually having to do or sacrifice anything.

Sing your songs, have a dance, but stay out of energy and industrial policy. You’re as out of your depth as you were in the Labor Party.

On behalf of millions of Australians, rack off.