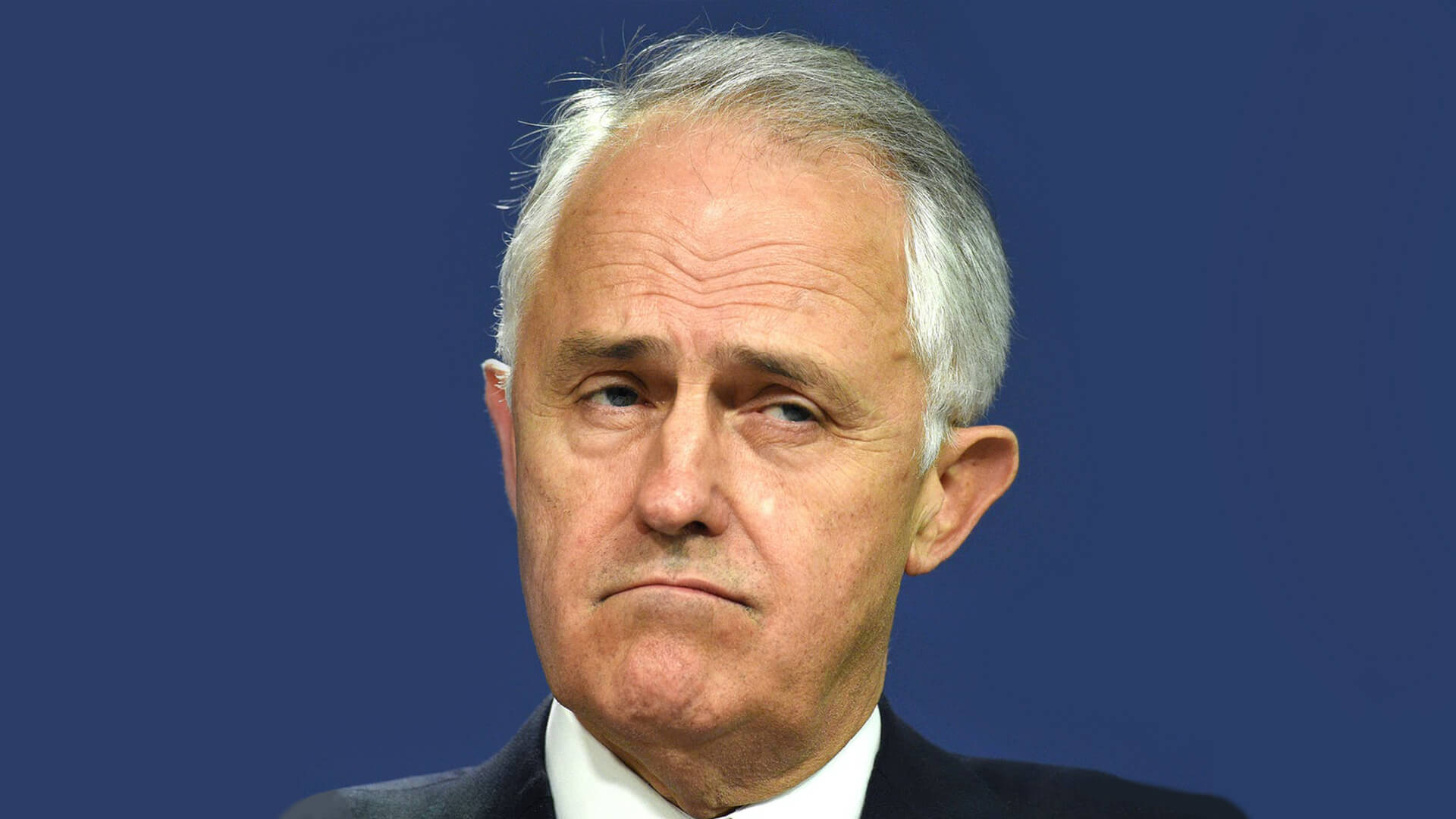 How miserable is Malcolm Turnbull?

At an industry forum this week, the self-admitted bedwetter (yes read his autobiography) said the federal Liberals are still acting like “terrorists” on climate policy and Labor lacks ambition but is being politically sensible.

He proclaimed the climate wars began when Tony Abbott became Liberal leader in 2009 and “it's been crazy ever since”.

“The fundamental dysfunction in the Coalition now is that the right operate like terrorists, not using bombs and guns, but in the sense that their proposition is that unless you do what we want, we'll blow the joint up.”

“Your base is actually walking away,” he warned.

Believe it or not Malcolm, the Liberal Party’s base isn’t in Rose Bay or Vaucluse, mate!

Judging by the seats that won the last three elections for the Liberals, the Party’s base appears to be in regional Queensland and Western Sydney.

And what do these voters want?

The people of regional Queensland don’t want any part of your climate (AKA deindustrialisation) agenda, while the people of Western Sydney are sick to death of their power bills going up at the same time as China builds hundreds of coal-fired power plants.

The difference between Abbott and Turnbull’s election win in 2013 and 2016.

In 2013, Abbott’s simple, clear and timely anti-carbon tax and strong borders agenda resulted in the Coalition gaining a whopping extra 18 seats, giving them a huge – almost unprecedented – majority in both houses.

And yet in 2016, Turnbull lost 14 seats to Bill Shorten (of all people), and only secured confidence and supply by negotiating a deal with a motley crew of Bob Katter, Andrew Wilkie and Cathy McGowan.

Doesn’t this tell you anything about what the Australian people want when it comes to policy on climate, industry and economic management, Malcolm?

Then there’s Malcolm’s bizarre claim that the “terrorists” in the Liberal party (i.e., the conservatives) will just “blow the joint up” if they’re not happy with a more progressive climate policy in the partyroom.

Malcolm, isn’t this exactly what you did to Tony Abbott in 2015, a man whose popularity you’ll never come close to matching? Don’t you think the so-called “terrorists” are just worried about winning the next election and not losing to a Labor-Greens government? Perhaps the “terrorists” don’t feel comfortable instituting your carbon tax by stealth given the Australian people voted them into government on an anti-carbon tax policy platform eight years ago.

Isn’t that fair enough, mate? Do you really think the Australian people have changed their minds in such a short period of time?

Finally, there’s Malcolm’s claim that the only “obstacles to a clean energy transition in Australia are…entirely political.”

Although we understand Malcolm made his money in telecommunications and worked as a banker for years (meaning he has very little understanding of heavy industry and mining), this is just ridiculous.

Renewables are subsidised to the tune of billions. They receive countless numbers of grants. They are lauded by the press as the future. Corporations are adopting them so they don’t get criticised as climate wreckers by people like Miserable Malcolm. And bankers like Miserable Malcolm refuse to finance coal and gas projects so they can prop up a failing renewables industry.

Even more important is the fact that a full transition to clean energy requires an incredible amount of cobalt, copper, lithium and rare earth minerals that are mined in third world countries.

The processing of these minerals is incredibly energy intensive and is currently done in Chinese factories that are powered by the CCP’s growing fleet of coal fired power plants.

Then there’s the simple fact that one kilogram of hydrogen requires a whopping 10-20kg of water (even more depending on the quality of water) and the electrolysis process requires energy.

In other words, Malcolm’s solution requires energy and precious water to make energy!

There are serious physical, economic and technological barriers to the clean energy transition, and either Malcolm is making it up on the run or is living in an Eastern Suburbs bankers’ la-la land.

ADVANCE suspects it’s a combination of both…