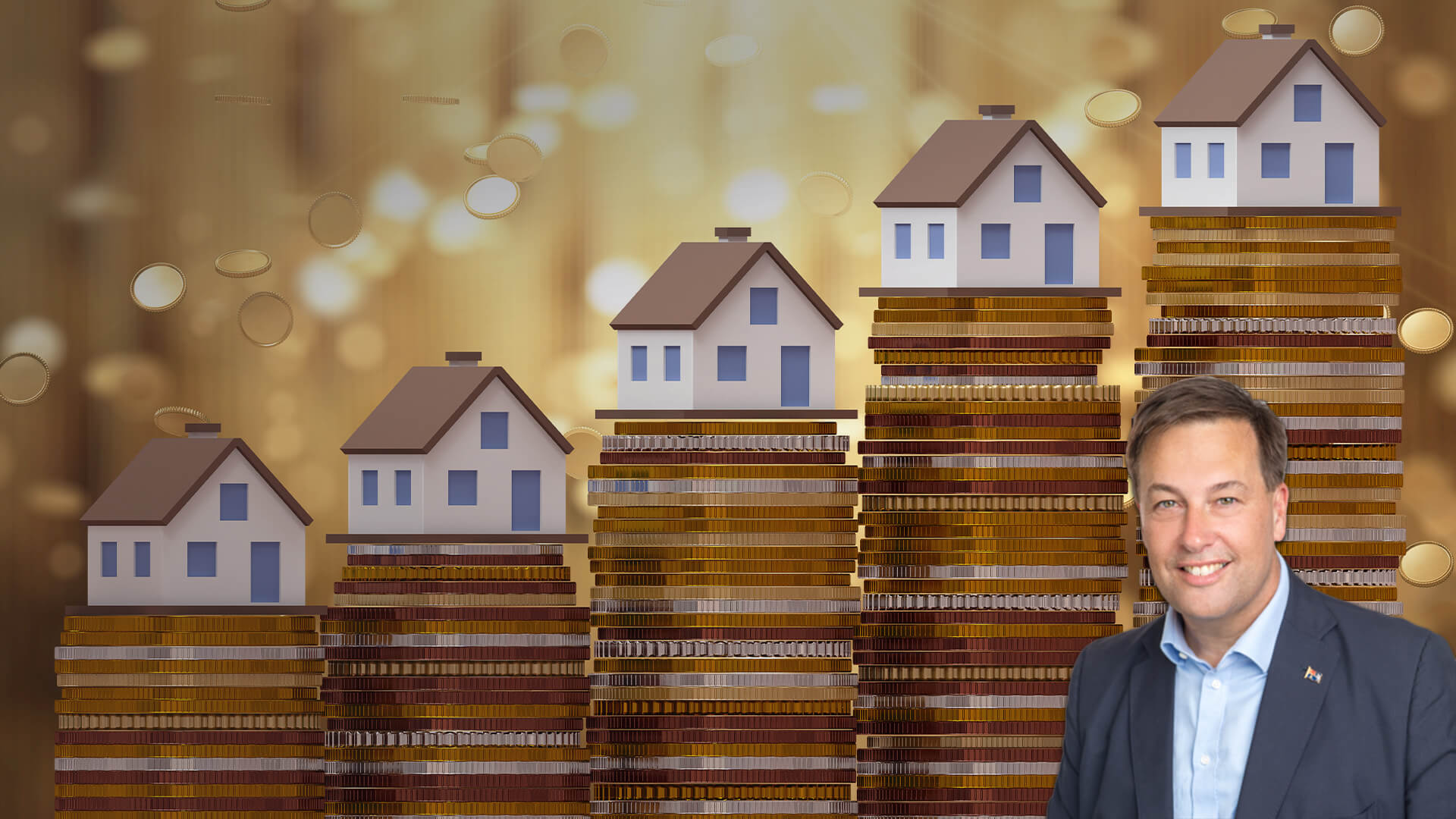 Chair of the Federal Parliamentary Inquiry into Housing Affordability and Supply Jason Falinski MP is your typical “modern Liberal”.

Falinski lives in the ritzy northern beaches of Sydney.

He was preselected over Tony Abbott loyalist Bronwyn Bishop thanks to his mates in the factions during the dark days of the Turnbull era.

He is an avid Republican who has buddied up to Pirate Pete Fitzsimmons.

And he has the gall to tell middle and working class Australians that house prices have skyrocketed to grossly unaffordable levels because of state government planning laws. He even says the argument that migrants, investors and banks are responsible for the housing affordability crisis is a “scapegoat”.

Do you really think anybody outside of the Australian Financial Review’s corporate readership buys this claptrap?

Ask any average Aussie on the street why they reckon house prices have gone up and their answer is simple: mass immigration.

Australia’s net overseas migration (NOM) jumped from an average of 90,500 between 1991 and 2004 to an average of 219,000 between 2005 and 2019 – representing an annual average increase in immigration of 140 per cent. Anybody who refuses to acknowledge that this may have something to do with the median price for a home in Sydney now being well over $1 million is deluding themselves.

For instance, the figure below clearly shows that when immigration went to zero during COVID, Australia’s housing shortage miraculously disappeared. It also shows dwelling construction is running way ahead of demand, dispelling the idea that the housing affordability crisis is a supply side problem instead of an immigration and credit induced demand side issue. 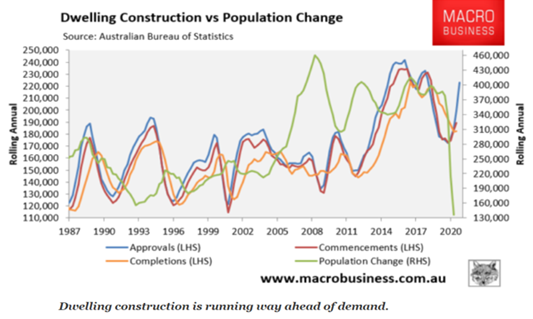 Then there’s the population projects coming out of Treasury!

The Treasury’s Intergenerational Report (IGR) projects that ‘Big Australia’ mass immigration will be promptly rebooted after the pandemic, which will see 235,000 net overseas migrants arrive in Australia every year from 2025.

In other words, they predict our population will increase a whopping 13.1 million people (~50%) over the next 40 years to 38.8 million people – equivalent to adding another Sydney, Melbourne and Brisbane to Australia’s existing population.

The other key culprit when it comes to the housing affordability crisis is the banks.

Falinski claims we can’t blame immigration for the rapid increase in house prices because “in the last two years, prices climbed by over 20 per cent while our immigration intake was zero”.

Did you consider that record low interest rates may have a role to play, Jason?

Over the last two years, artificially low rates derived from unprecedented – and frankly dangerous – levels of money printing and quantitative easing has made it easier for people to take out long-term mortgages on properties they shouldn’t be able to afford given their income. This has driven up demand and prices to unsustainable record highs.

The same phenomenon has been going on for years.

As Robert Gottliebsen wrote, “in the decade before the 1987-89 crash banks poured vast sums into business credit…but twenty years ago, around 2001, housing credit became greater than business lending and it has never looked back”.

“It played a big part in the latest house price boom. But the gap is not sustainable particularly as we are way out of line with the rest of the world,” he wrote.

“Residential mortgages represent well over 60 per cent of Australian bank balance sheets — more than double the US and UK and much higher than similar countries.”

In other words, the banks have focused on lending to the property sector over the business sector, undermining productivity and artificially inflating the price of housing to insane levels – the very asset the entire Australian economy is now leveraged to. 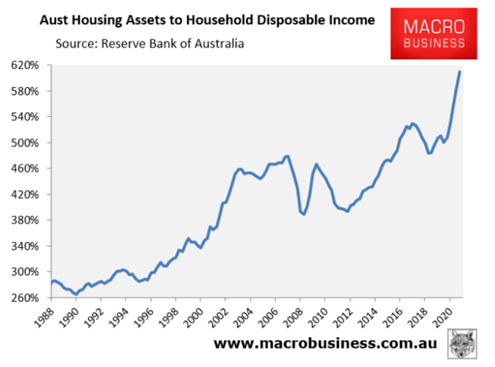 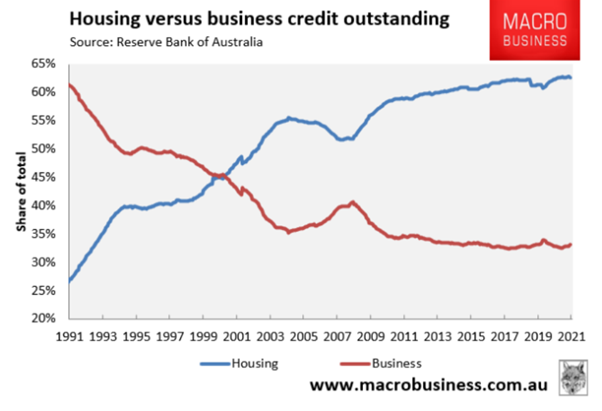 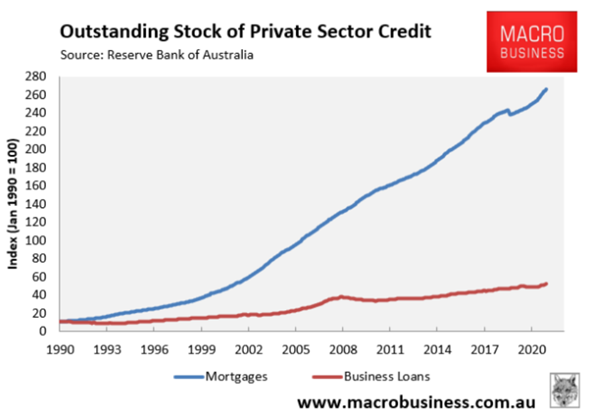 Although it’s hardly surprising to see a “modern Liberal” like Falinski blame state government planning laws to avoid offending immigrants and his buddies who run the banks, it is surprising to see the Prime Minister’s silence on his comments.

Afterall, if there was one way to win the upcoming election it would be to end immigration, stand up to the banks, reduce house prices for our younger generations and revive the Australia Dream this nation was built upon...