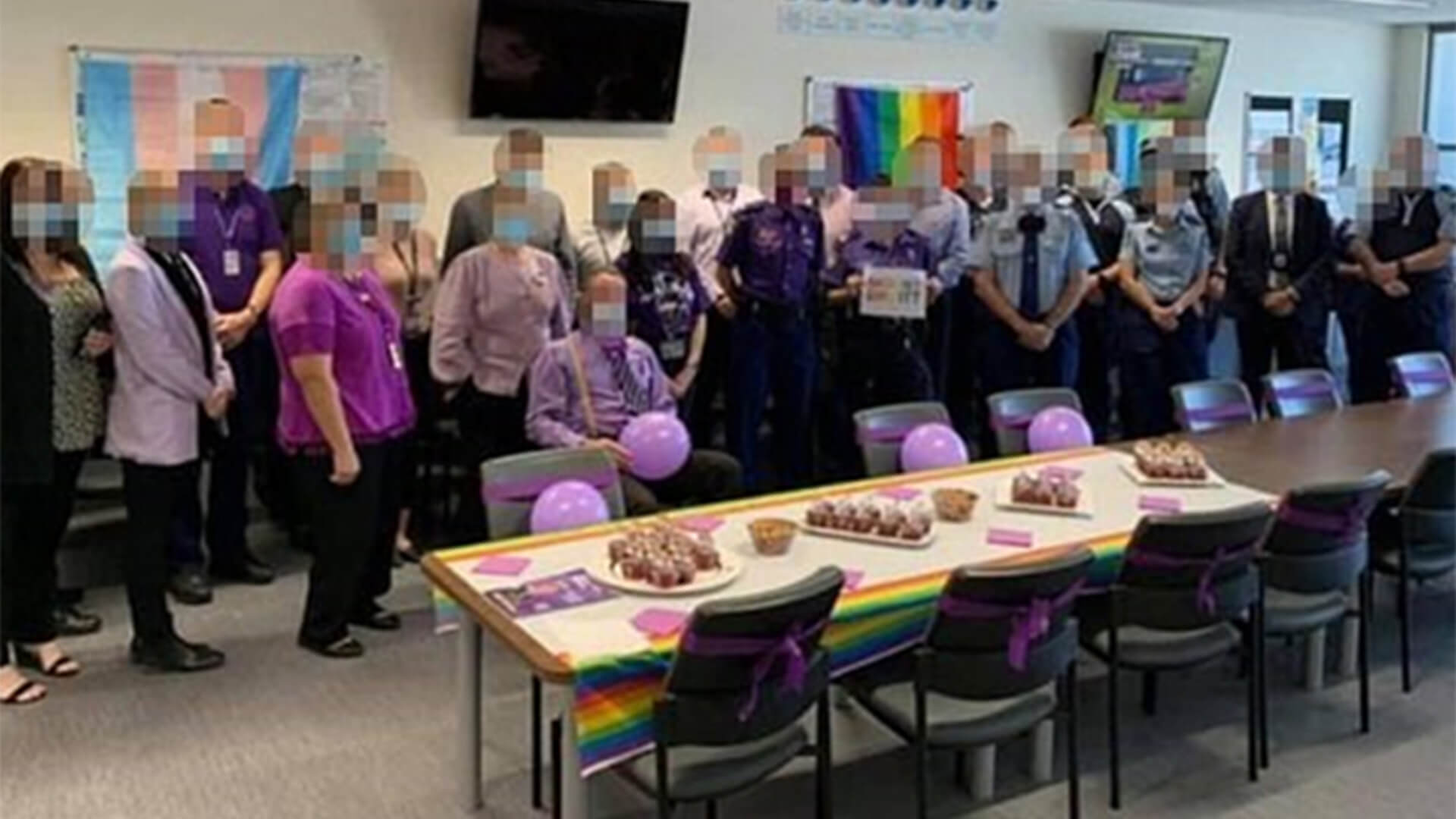 As many of us have been warning for decades now, there isn’t one Australian institution that’s safe from activists who are more interested in talking about gender than keeping the local community safe.

The latest of many is the NSW Police Force; and a special shoutout goes to the Mount Druitt Police Area Command – the mob who decided to throw an LGBTQIA+ awareness party while imposing a brutal lockdown on the very people who pay their wages.

As reported by the Daily Mail, “more than a dozen employees at Mount Druitt Police Area Command gathered together in a brightly decorated common room to share buffet platters of food”.

“Pictures from the event posted online show staff around a party table at the station, located in one of the 12 Covid-hit LGAs of concern, as they celebrate Wear It Purple Day to support the LGBTQIA+ community.”

Obviously blissfully unaware of their hypocrisy given the residents they serve were under house arrest and barred from going to work at the time, Mt Druitt police posted on their Facebook page:

“Happy Wear it Purple Day. Follow your rainbow and start the conversation”.

Start the conversation about why Mt Druitt’s gross and per capita crime rate is amongst the highest in Sydney?

Why teenage hip-hop gangs with hundreds of members threaten and beat each other with knives, hammers, golf clubs and let off firebombs at Mount Druitt train station?

Why the same gangs release “songs” with millions of views and hundreds of thousands of likes boasting about how they:

That's home of the brave

Out here we at war with the cops like Brax

But this ain't home and away

I didn't grow up 'round all those beaches

Why member of the Public Order and Riot Squad Senior Constable Kevin Dawson wrote to his boss accusing NSW Police of “double standards and blatant hypocrisy” considering his officers were:

“Instructed to assist with the BLM and Armenian protests, yet more recently we have been told to ‘make an example’ of people protesting anything deemed to be anti-government, with a ‘get them quick’ attitude.”

Or why NSW Police Commissioner Mick Fuller is paid more than the Prime Minister and President of the United States after a $100,000 pay rise in 2020-21 took his annual salary to $665,750 per year?

With so much turmoil, danger and suffering, it’s no wonder why Mt Druitt police are wasting their time talking about rainbows, lollipops and glitter dress-up parties instead of cracking down on the gangs, drugs and helplessness that plagues the community they’re paid to protect…