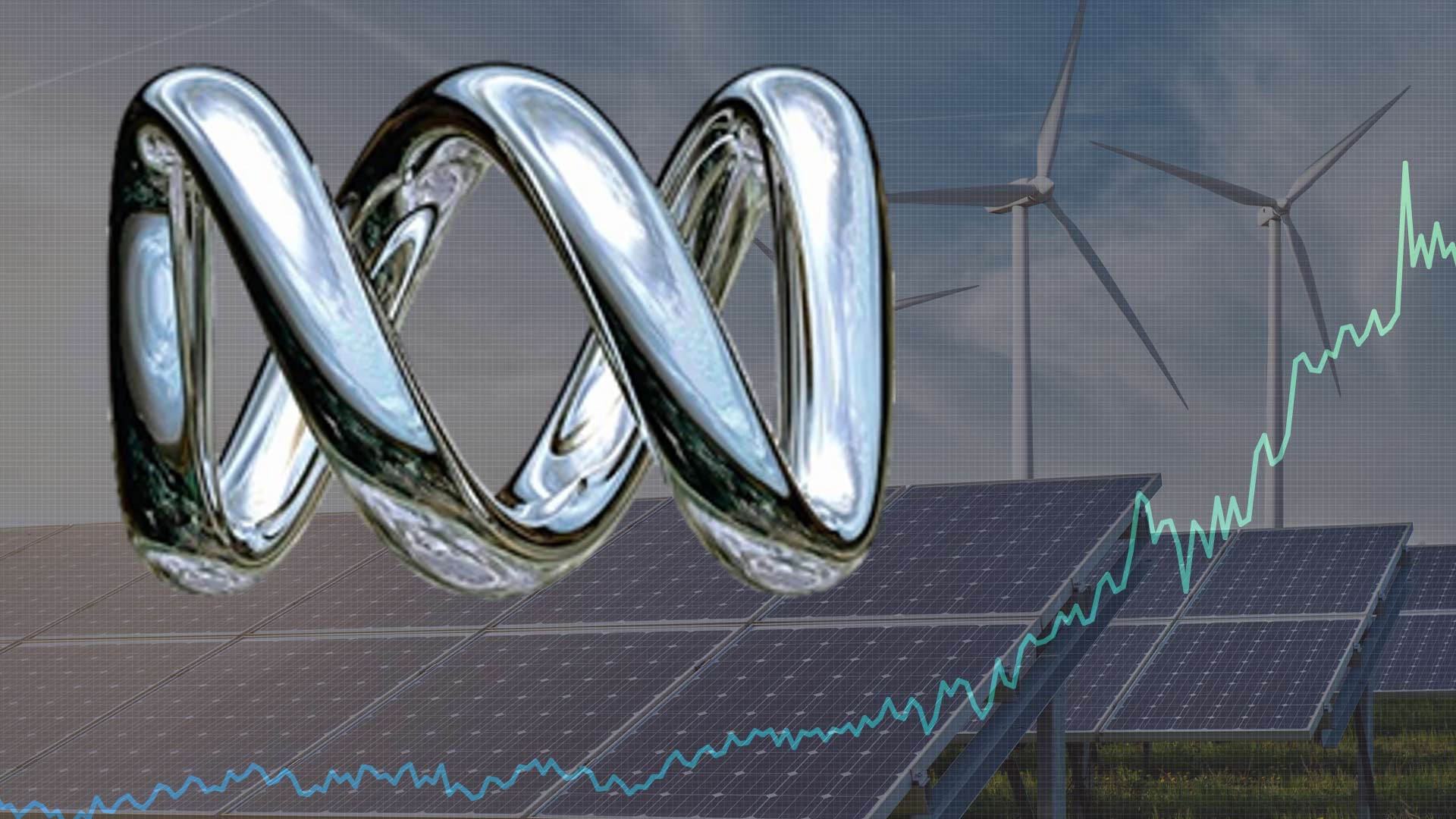 Believe it or not…the ABC has told the truth for once.

In an article published yesterday, the ABC admitted that Western Australia’s major electricity network provider needs to spend $9 billion over the next five years on power infrastructure to go net zero – $1 billion more than it originally requested.

The issue for Australians?

You’ll be paying for it.

The cost of the electricity network — the poles and wires criss-crossing the nation — typically accounts for up to half the average electricity bill…and even the supporters of the green revolution are getting uneasy.

But these costs can’t be avoided. I just don't think it’s well appreciated by the average consumer – the very extreme nature of this transformation.

But mate, the costs are already being felt by the average consumer.

According to new data from the Australian Bureau of Statistics, Australia lost 121,500 manufacturing jobs in the year to August.

Over the same 12-month time period, the average price of power in New South Wales, Queensland, South Australia, Tasmania and Victoria increased more than doubled! – by over 220 per cent.

In fact, between March 2004 and June 2022, wholesale power prices on the east coast rose by almost nine times.

“Without further investments, this will reduce generation supply and challenge the transmission network's capability to meet reliability standards and power system security needs,” they said.

The AEMO’s conclusion in a nutshell?

Expect reliability gaps in South Australia,Victoria, and in NSW from 2023…and system-wide blackouts in Australia from mid-next year.

So, what’s the solution?

Australia has 295 years of coal left based on current production rates and reserves. Note: Australia likely has much more coal, but much of it just hasn’t been discovered yet. We also export much more coal than we consume domestically.

But our politicians are shutting down our coal-fired power plants in their boundless wisdom. Instead, Albo’s Energy Minister Chris Bowen wants 80 per cent renewable energy by 2030.

And it means we’re going down the same path as Europe.

Yep, the same continent where: