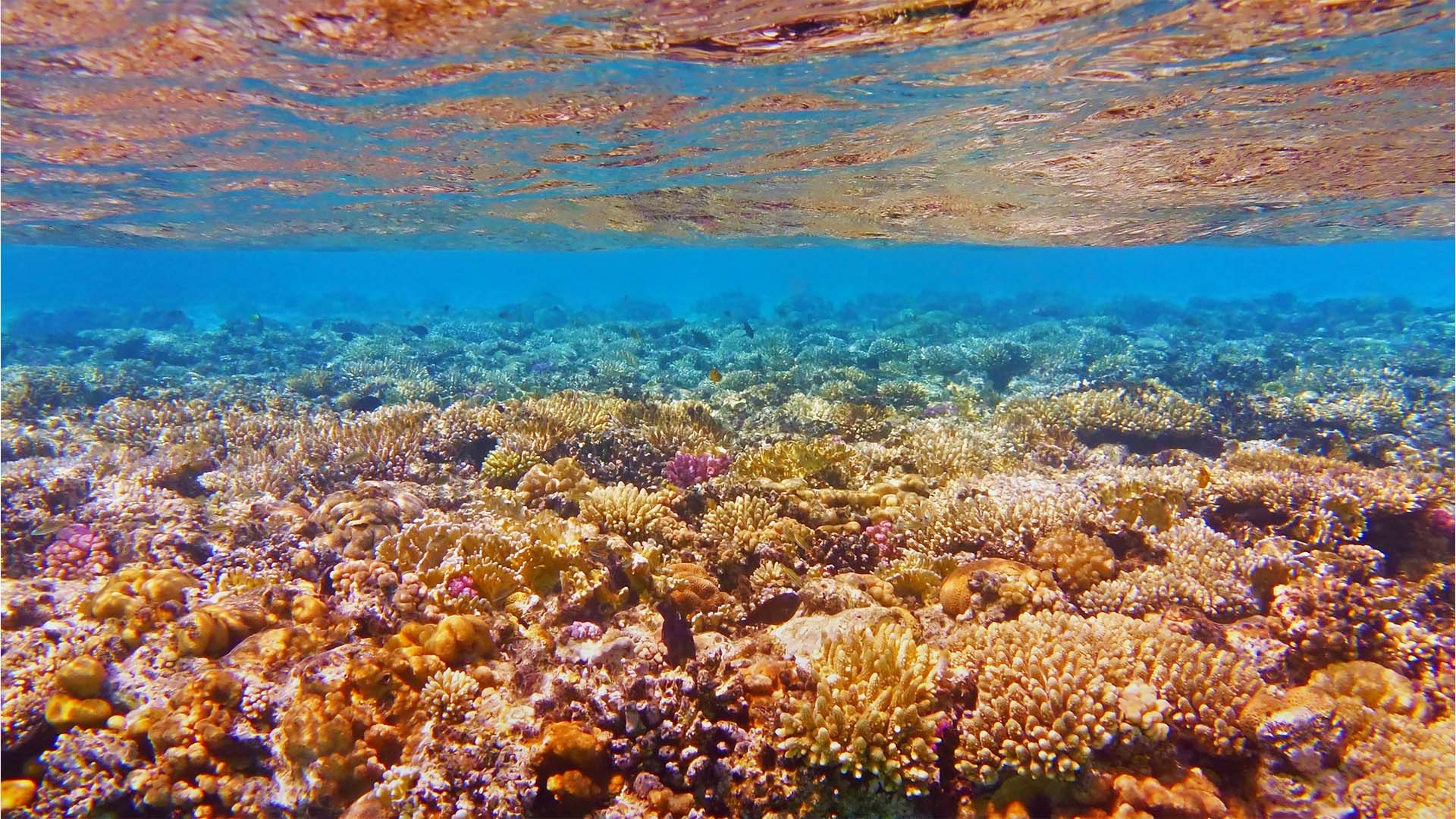 For years Australians have been fed the lie Queensland’s mining, energy and agricultural industries are destroying one of Australia’s most valuable gems: The Great Barrier Reef.

We’ve been bombarded with headlines from the ABC declaring the “Great Barrier Reef outlook worsens to critical as climate change named number one threat to world heritage sites”.

Our children attend Climate Strikes carrying placards saying “coral over coal” – a mere echo of Greens leader Adam Bandt’s claim “it’s coal or the reef - you can’t have both”.

Earlier this month, a Chinese Communist Party led United Nations committee asserted Australia’s “insufficient progress” on climate is putting the reef “in danger”, even though Xi Jinping is building military bases on top of reefs in the South China Sea.

Even “miserable ghost” Malcolm Turnbull fell for the hype and hysteria as Prime Minister, giving a sneaky $444 million grant to the climate-obsessed Great Barrier Reef Foundation with no tender.

According to the very latest data from the “experts” at the Australian Institute of Marine Science, coral cover on the Great Barrier Reef has increased significantly to a record high value of 28 per cent with no serious coral bleaching found at all.

In fact, the reef’s regrowth is so impressive, coral cover is now far higher than at several points during the 1980s when reef surveys were first conducted.

Although there’s no doubt these findings will disappoint the many activists and green energy peddlers who’ve built careers by stoking fear about climate change killing the reef; millions of Aussies who were too smart to fall for Labor-Green climate scare campaigns should feel vindicated.

Just as Dr Peter Ridd – an esteemed academic who got sacked from James Cook University for questioning dubious claims about the apparent destruction of the Great Barrier Reef – should feel the most vindicated.

As Ridd said himself in response to the good news, “I’ve posted the coral cover data for a couple of regions of the reef over the last month, and finally [the Australian Institute of Marine Science] has gone public with a statement released by environment minister Susan Ley associated with UNESCO’s intention to list the reef as ‘endangered’.

“AIMS list the northern, central and southern regions as having 27%, 26% and 39% coral cover respectively. Normalising this for the number of reefs surveyed in each section (54, 53 and 30 reefs respectively), this produces a total average coral cover for the GBR of 28%,” he said.

“This is a record high value, although, given the uncertainties in these numbers one needs to be a little circumspect. But it certainly does not indicate that there is much wrong with the Reef.

“Disgustingly, the Queensland Environment Minister Meaghan Scanlon is claiming credit, reportedly saying in The Australian, ‘… it’s a sign of the work we’ve done to-date around water quality and research’.

“This has nothing to do with agriculture.

“No significant amounts of sediment, or pesticides reach the Reef, and there are 100’s of times more nutrients cycling across the seabed, or coming in from the Pacific Ocean, than from farm fertilizer,” Ridd said.

“The government could shut down every farm in Queensland, and it would have no impact, on the Reef.

“The reason there is high coral cover is that the reef is in good shape because it is not affected by any significant pollution and the impact of climate change has been minimal.

“The most important lesson from this is to accept that coral cover changes drastically from year to year. A bad cyclone can reduce it by half. A few good years, and it recovers. Don’t make too much of the year-to-year fluctuations and don’t let the media, or the scientists who egg them on, tell doom-stories when there is a reduction in coral.

“But for goodness sake, tell everybody, especially the children – the Reef is fine. Don’t get depressed; don’t let them scare you with continuous doom and gloom.

“Thanks again to the AIMS long term monitoring team for doing such good, quality assured, work over the last 35 years.”

Good on you, Dr Ridd!

How lucky are we to have you and your expertise in this brave new world of hyperbole, fearmongering and shallow political opportunism. 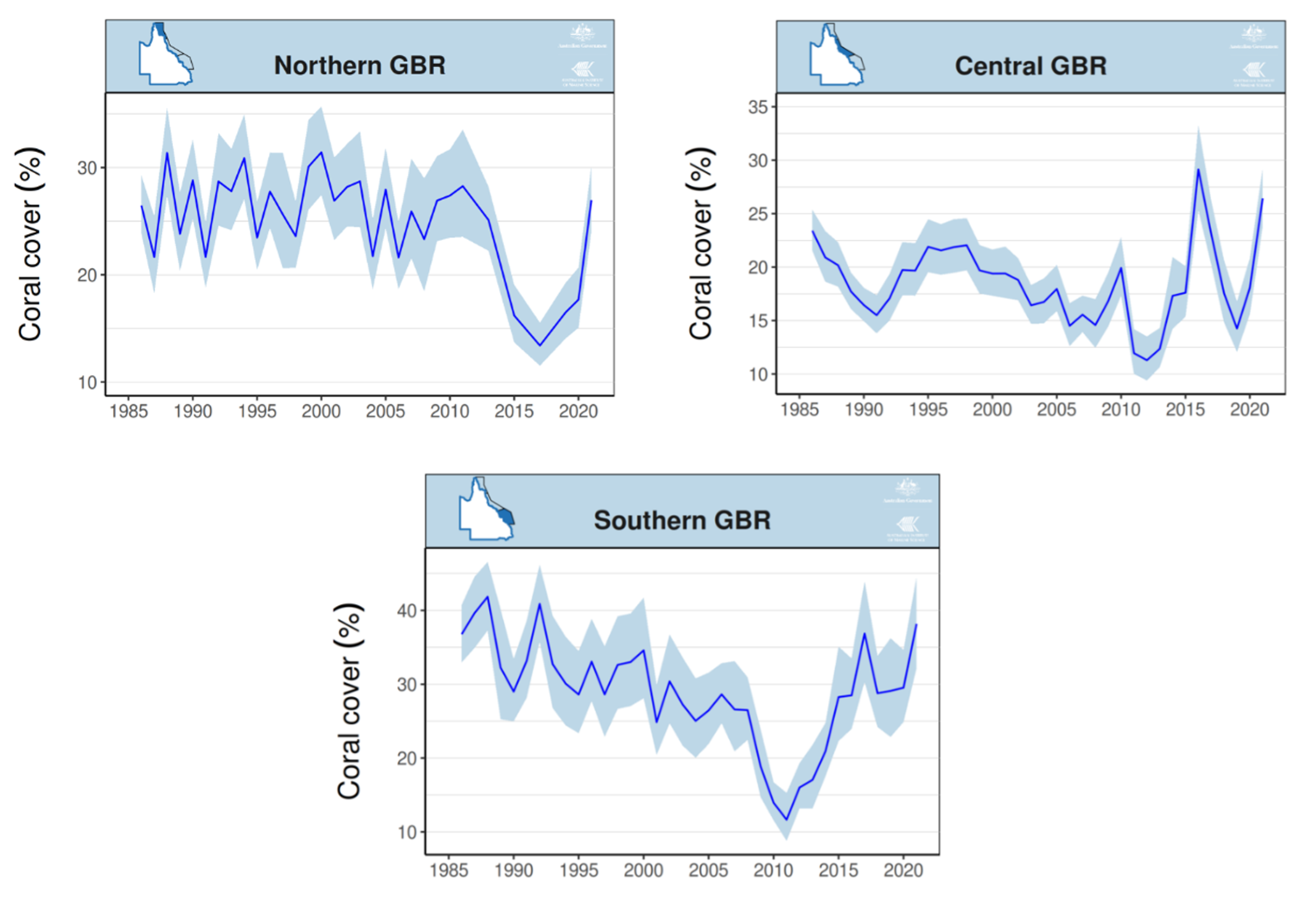 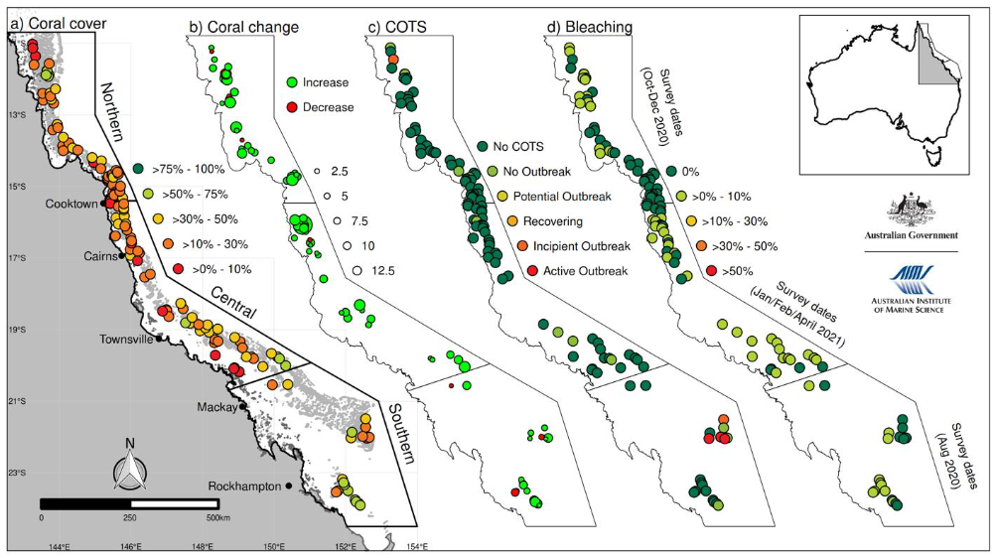