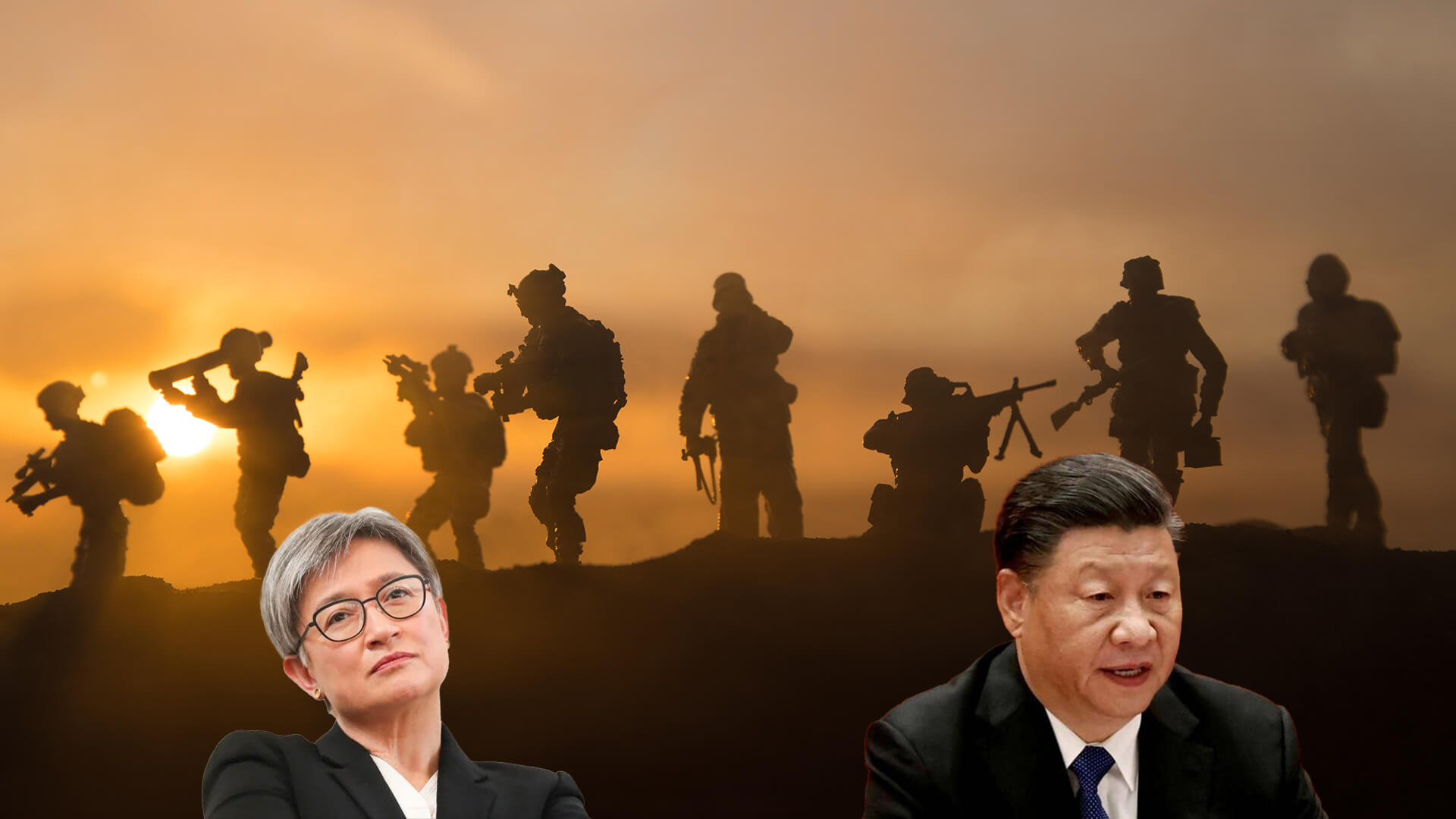 If Australia doesn’t get serious about its defence soon, we may as well hand the keys to Beijing before things get dirty.

According to a new Defence and Foreign Affairs Committee report reviewing the size of our defence force, Australia’s military is a fraction of the size of our neighbouring countries.

While similar middle power countries such as South Korea and Indonesia have 599,000 and 395,000 troops respectively, Australia has a mere 58,600.

All while Xi Jinping’s rapidly expanding military boasts more than two million soldiers who genuinely believe it's China’s rightful place to finally rule the world after “Western imperialist devils” intentionally held them back for centuries.

In response to this concerning imbalance, the new Defence and Foreign Affairs Committee report pushes the Australian government to urgently consider the need to significantly increase the size of the ADF, amid growing tensions between Canberra and Beijing.

“In an increasingly contested Indo-Pacific, the Committee is concerned that Australia’s main area of geostrategic interest has moved back to our region,” the report said.

“With a full-time force of only 58,600 (and a much smaller number of frontline combat personnel) the Committee is concerned that the ADF is too small to credibly field sufficient rotational combat forces for protracted high-end combat operations.”

The Committee suggests the government “make a shift in strategic thinking” and reassess the necessary size of the ADF for future military operations in a volatile Asia-Pacific region.

“The conventional forces of the ADF may not be suitable in size or capabilities to face potential emerging security situations. This may require a shift … towards resourcing and shaping the ADF not only as a highly capable conventional force, but also as a disproportionately potent force in grey-zone and asymmetric capabilities.”

As outlined in his speech to the National Press Club last Friday, Minister Dutton warned that China’s naval battle force had more than tripled in size over the past two decades.

“[The Asia-Pacific] is a region witness to a military build-up of a scale and ambition that historically has rarely been associated with peaceful outcomes,” he said.

“Every major city in Australia, including Hobart, is within range of China‘s missiles.”

What was the response from Labor’s shadow Foreign Minister, Penny Wong?

To criticise Dutton and those who are concerned about our national security over climate change and taxpayer funding for gender reassignment surgery, of course.

“Amping up the prospect of war against a superpower is the most dangerous election tactic in Australian history,” Penny said last Tuesday.

“Mr Dutton does Australians and the Taiwanese no favours by amplifying Beijing‘s fatalism.”

Given Labor is now working with the Greens and GetUp to demand the Prime Minister stop “wasting” money on missiles and instead increase funding for welfare, none of this is surprising.

As ADVANCE has been saying in anticipation of the coming federal election for months now: vote Labor: get Greens – opening the door for further CCP infiltration and condemning your grandchildren to vassalage.