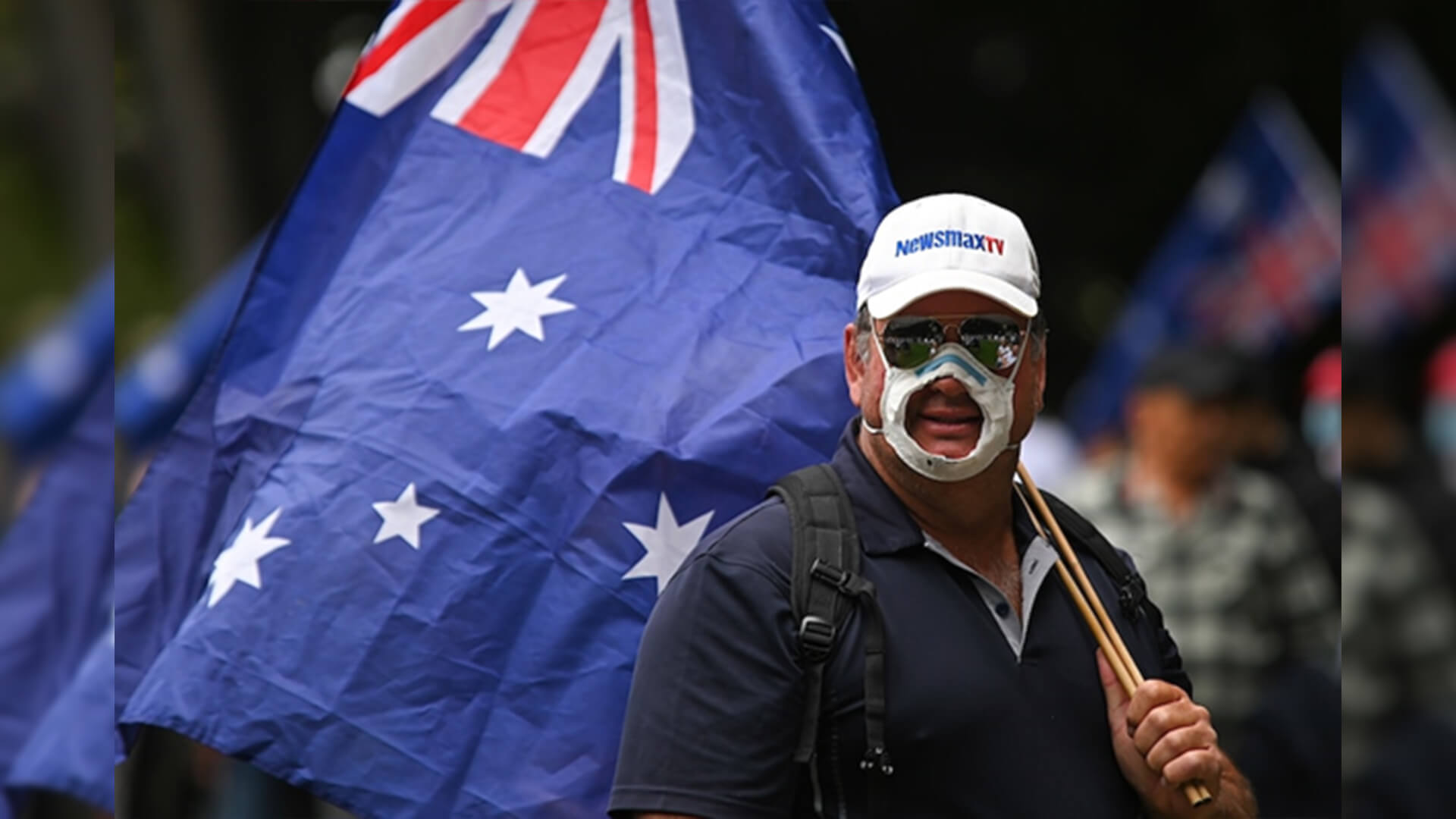 The powers that be, have quite the mess on their hands and they only have themselves to blame.

On Saturday, more than half a million people (or over two per cent of Australia’s entire population) took to the streets in peaceful pro-freedom protests – far bigger than any Black Lives Matter or Climate Strike protest the nation has ever seen.

In Melbourne, 200,000 packed Bourke Street in protest of Dictator Dan Andrews and his government’s egregious assault on our most basic civil liberties.

In Sydney, 100,000 assembled at Hyde Park and marched through the city to Hyde Park where United Australia Party leader Craig Kelly, and Liberal Democrat candidate John Ruddick, argued there are alternatives to what they call the “Liberal-Labor coalition”.

The Queenslanders gave Sydney a run for its money, with most (outside the mainstream media) estimating there were almost 100,000 pro-freedom protesters in Brisbane, and at least 15,000 in Cairns.

What was the response of the elites in our two major political parties and corporate media?

When it came to the Liberals – the so-called party of “freedom, individualism and enterprise” – there was nothing but silence.

All the Labor party did was condemn the Prime Minister for playing a “dangerous game” by not strongly condemning the “anti-vaccine protests”.

Even worse was the corporate media and their buddies at the ABC, who just lied through their teeth as they tend to do nowadays.

The Daily Mail downplayed the protests by brandishing headlines such as: “Thousands of 'freedom protesters' gather in 13 Australian cities in coordinated day of chaos against Covid-19 vaccinate mandates – as defiant Melburnians fed-up with months of violent rallies storm the CBD to oppose them”.

Nevermind the fact the protests were in the hundreds of thousands; there was no chaos thanks to the peaceful nature of the protesters; and the presence of the “pro-vax, pro-union, anti-fascist” Antifa thugs was a drop in the ocean at best.

#notourABC ran with the headline: Thousands of anti-lockdown, vaccine mandate protesters march at COVID rallies across Australia, only to then focus on the few Antifa activists who rocked up to “fight the power” – presumably in support of lockdowns that disproportionately impact the working class.

For instance, the ABC reported that one of the “anti-fascist rally organisers”, Nahui Jimenez, said the demonstration was “a message of solidarity with health workers. The majority of people support these health measures, which actually have helped millions of people not get COVID,” she said.

Hey Nahui, ever wondered why Victoria recorded its biggest ever daily COVID-19 surge in late September as Melbourne officially became the most locked down city in the world? Perhaps because lockdowns don’t work?

Have you ever considered how insane you appear for calling yourself “anti-fascist” while standing by Dictator Dan’s new laws that give him power to overthrow democracy; lockdown Victoria without parliamentary consent; discriminate against people based on political belief; detain people without a warrant and quash any legal challenges to his overreach?

Then there was Channel Nine which described the demonstrations as “anti-vax protests”, totally ignoring that the protest was “pro-choice”, and many, perhaps even most in attendance, were vaccinated.

With elections on the horizon and another major national protest planned for next Saturday, our politicians and media magnates must be feeling the heat.

Australians concerned about big government, vaccine mandates, continued lockdowns and unhinged state premiers will make their voice heard, despite the elites who try to stop them.

As the protestors screamed on the weekend, “sack them all” until they start listening…