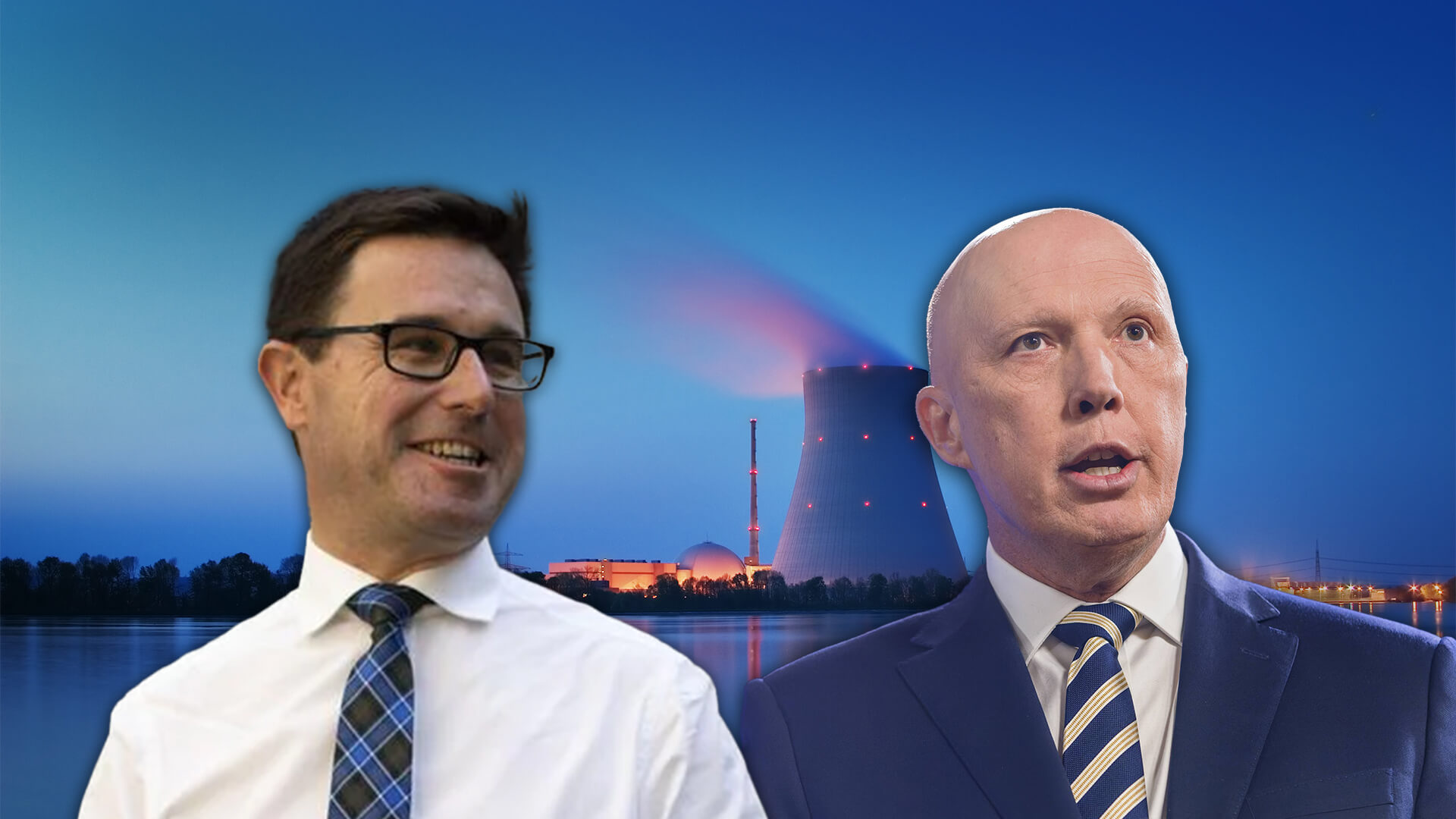 It can’t get any clearer.

Lucky for us, it looks like the Coalition has our back.

O’Brien declared nuclear “absolutely has to be on the table for serious consideration”, saying:

For everybody who loves renewables, renewables need partners in life and there are few technologies out there that can ramp up and ramp down and have a guaranteed ability – nuclear is one of those.

There is no reason why Australia should not have an open discussion about whether or not that should be part of our energy mix. If we truly want to get real about reducing emissions but having affordable and reliable energy – we cannot afford to have that debate without nuclear on the table.

“There needs now to be a conversation about nuclear,” he told Sky News. He went on:

I’m not afraid to have a discussion on nuclear if we want to have legitimate emission reductions,” Mr Dutton told the ABC on Monday.

The people are on YOUR side.

Afterall, a survey commissioned by the Institute of Public Affairs this week found a whopping 53 per cent of Australians agree that “Australia should build nuclear power plants to supply electricity and reduce carbon emissions”. Only 23 per cent of the population disagreed. In fact, the numbers show even more Greens voters support than oppose nuclear power in Australia!

Get on with it, gents!

As ADVANCE has been saying for years now, legalising nuclear energy is as easy as scrapping FOUR WORDS – “a nuclear power plant” – from Section 140A(1)(b) of the Environment Protection and Biodiversity Conservation Act 1999 (Commonwealth).

Even better is the potential for thousands of jobs to be created via the establishment of a brand new vertically integrated nuclear power industry.

Australia has one-third of the world’s uranium.

We already dig it out of the ground at Olympic Dam, load it onto trucks destined for Port Adelaide, and then freight it in ships bound for the United States, Europe and Japan.

We live on the world’s most geologically stable continent, making us the safest place on Earth to store nuclear waste.

And we have skills in the nuclear space given there’s a 20-megawatt nuclear reactor only 25 kilometres away from Sydney CBD.

Talk about a bloody no-brainer…