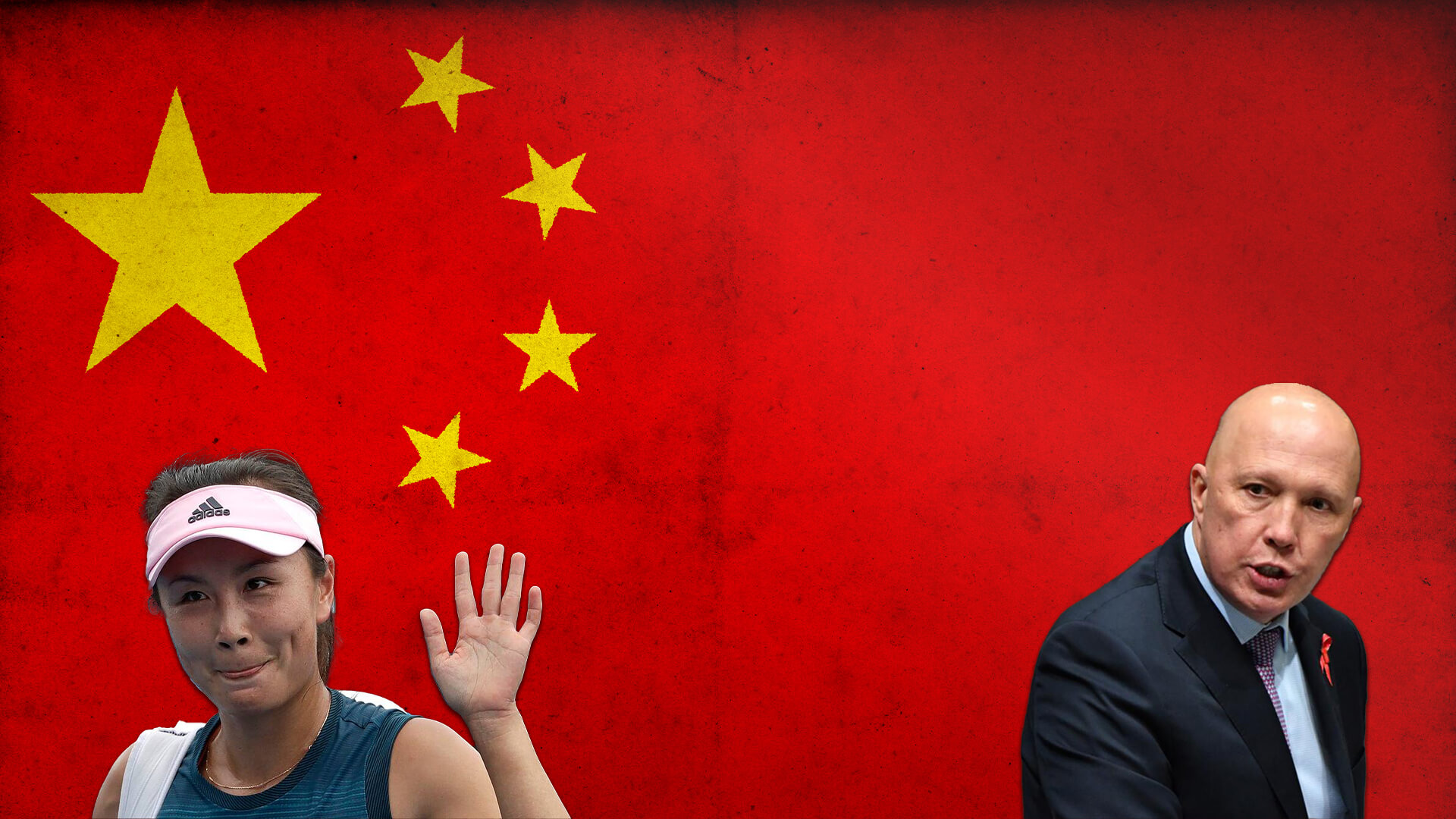 Defence Minister Peter Dutton would be a damn good pick for next Prime Minister of Australia.

Speaking to the Herald, Dutton said it’s “quite remarkable” that many celebrities were not speaking up about China’s treatment of women considering the power and influence of the #MeToo movement in Western countries.

“I don’t understand how, in the year 2021, in the #MeToo age, we can have an international female tennis star who claims to have been raped and sexually assaulted and she’s now effectively under house arrest and has had her social media account wiped, and somehow that’s behaviour that we should tolerate,” Mr Dutton said.

“Well, it’s not – and we’re better off to speak publicly about it because otherwise the behaviour won’t change.”

Asked if he was concerned about the reticence of Hollywood and sports stars to talk about China’s human rights abuses, Mr Dutton said: “I find it quite remarkable ... when you look at the power of the #MeToo movement in Western societies.”

“We wouldn’t tolerate, and nor would we ever want to tolerate, the suggestion that if somebody had been raped, that it wasn’t going to be addressed,” he said.

“Not to mention the plight of tens of thousands of others who find themselves in the same position where they’re either threatened or their human rights are violated or otherwise, the Uighurs and the rest.

“And so, part of my judgment in being honest about these things is that I think if we want change, and we want China to continue to be a great power but to abide by the rule of law, then we should be speaking about it.”

Well said, Minister! ADVANCE and our 160,000+ supporters fully back you.

We agree with your assertion that it would be “inconceivable” for Australia not to join the United States if it decided to defend Taiwan from a Chinese attack. And we understand that although your focus is on “prevailing peace” in the region, it’s also important to be “honest and speak frankly with the Australian public”.

As you said yourself, “if there was conflict of some nature in our region, then I don’t think the public want to wake up to that news in the newspaper, not having heard anything about it, or the prospect of it, before… So I think it’s best firstly to be honest.”

Although the Greens would say otherwise, even human rights activists are on your side.

“The women’s rights movement is terribly suppressed. Therefore, it is very important that the international community pays attention to and shows support for women’s rights in China,” she said.

“I do hope feminists in the West can pay more attention to women’s rights issues in China, but I understand the reasons for the lack thereof. The Chinese government’s internet censorship and the suppression on international exchanges make it harder for feminists in the West to know the situation in China.”

This is exactly what ADVANCE has been saying about Western feminism when it comes to Australia’s Aboriginal peoples.

If Western feminists really cared about the evils of “rape culture”, why are they “ignoring” Indigenous “voices” when Indigenous women experience sexual assault at six times the rate of non-indigenous women?

And if Labor and the Greens are so concerned with “racism” and “discrimination”, why do they engage in the soft bigotry of low expectations by giving handouts while disregarding the fact that Indigenous unemployment rates are three times the non-Indigenous rate?

As renowned feminist and wife of President Roosevelt, Eleanor Roosevelt, said so many years ago, the ultimate agenda of Western elites is to “pit race against race, religion against religion, prejudice against prejudice. Divide and conquer!”

We need more politicians like Peter Dutton to ensure the elites don’t get their way.