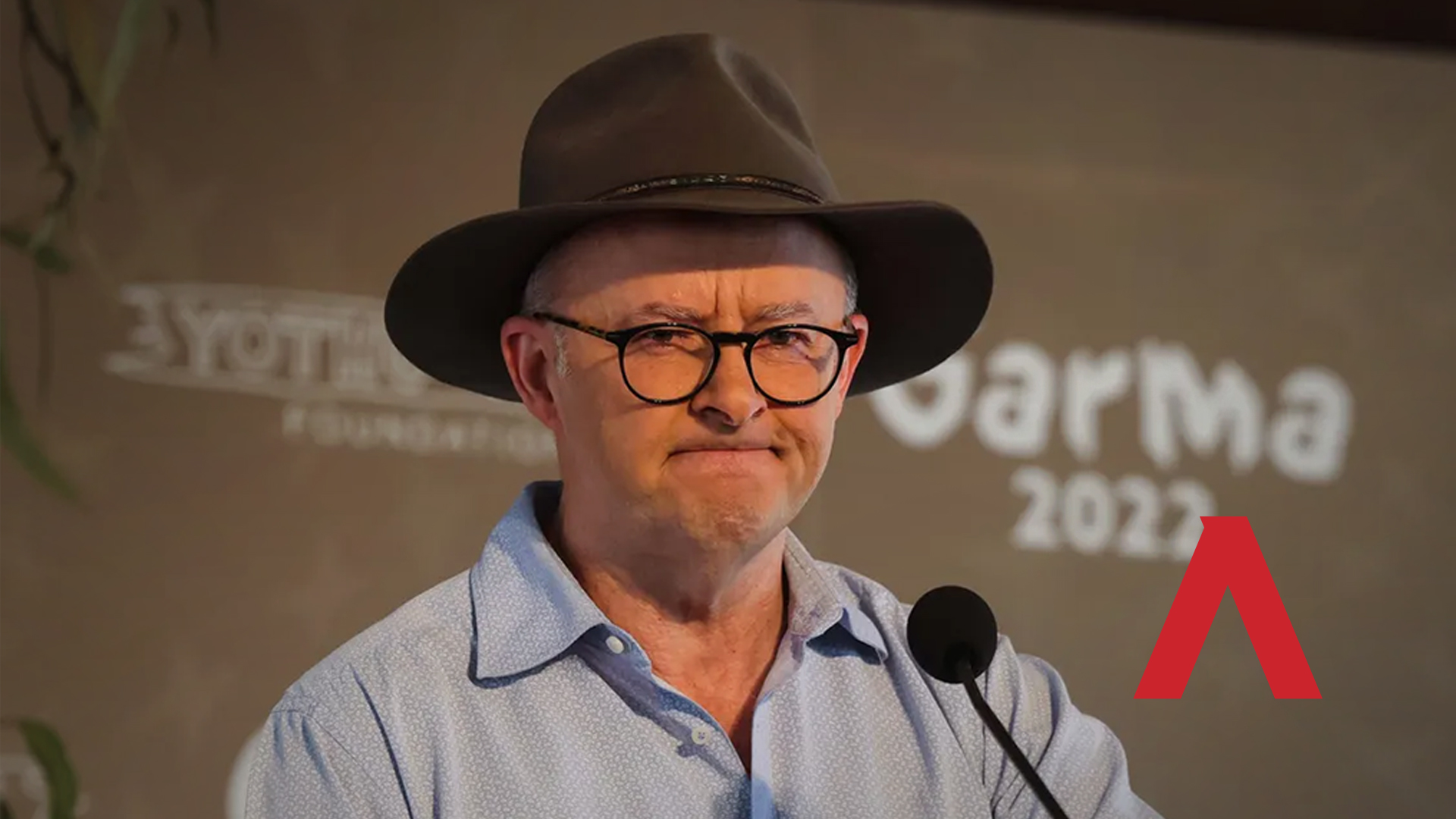 He pits Australians against each other over the environment and his woke agenda, now he wants to permanently divide Australians by race and enshrine the division into our constitution…and he’s not wasting any time.

Over the weekend, Albo proposed a draft referendum question that could be put to the public, saying he “wants to add three sentences to the constitution in recognition of Aboriginal and Torres Strait Islanders as the first people of Australia”:

Albo admitted that “the structure of The Voice won’t happen before the referendum…I’m not going to go down the cul-de-sac of getting into every detail because that is not a recipe for success.”

In other words, vote now and he’ll explain how it works later.

Lefties love it. The ABC’s Indigenous Affairs Editor Bridget Brennan said, “this has to be about reparations…[the Voice] needs to be feared and revered”.

But not everyone is on board.

She pointed out that there’s already a record number of Indigenous MPs in federal parliament- representing nearly 5 percent of the total – even though Indigenous people only make up 3.3 percent of the population.

The Voice is being led by members of the Indigenous elite.

The Voice is a gravy train attempting to ingrain itself into the Constitution.

This government has yet to demonstrate how this proposal will deliver practical outcomes and unite… rather than drive a wedge further between, Indigenous and non-Indigenous Australia.

Good on you Senator Price!

The Voice will FAIL because it is a one-size-fits-all solution that fails to account for the different issues that impact different Indigenous communities.

The Voice will FURTHER entrench a largely self-appointed inner-city dwelling Indigenous elite that claims to speak on behalf of all Aboriginals while focusing on trivial issues of symbolism over the harsh, often confronting, realities of outback life.

In Albo’s push for a Voice, Australians will be made to feel racist and bigoted for opposing a vague, empty policy with no clear benefits.

If they give in and vote to support it, Australia will have constitutionally enshrined racism, a gravy train for elites and NOTHING for vulnerable Australians who need our help most.

Thanks for nothing, Albo.