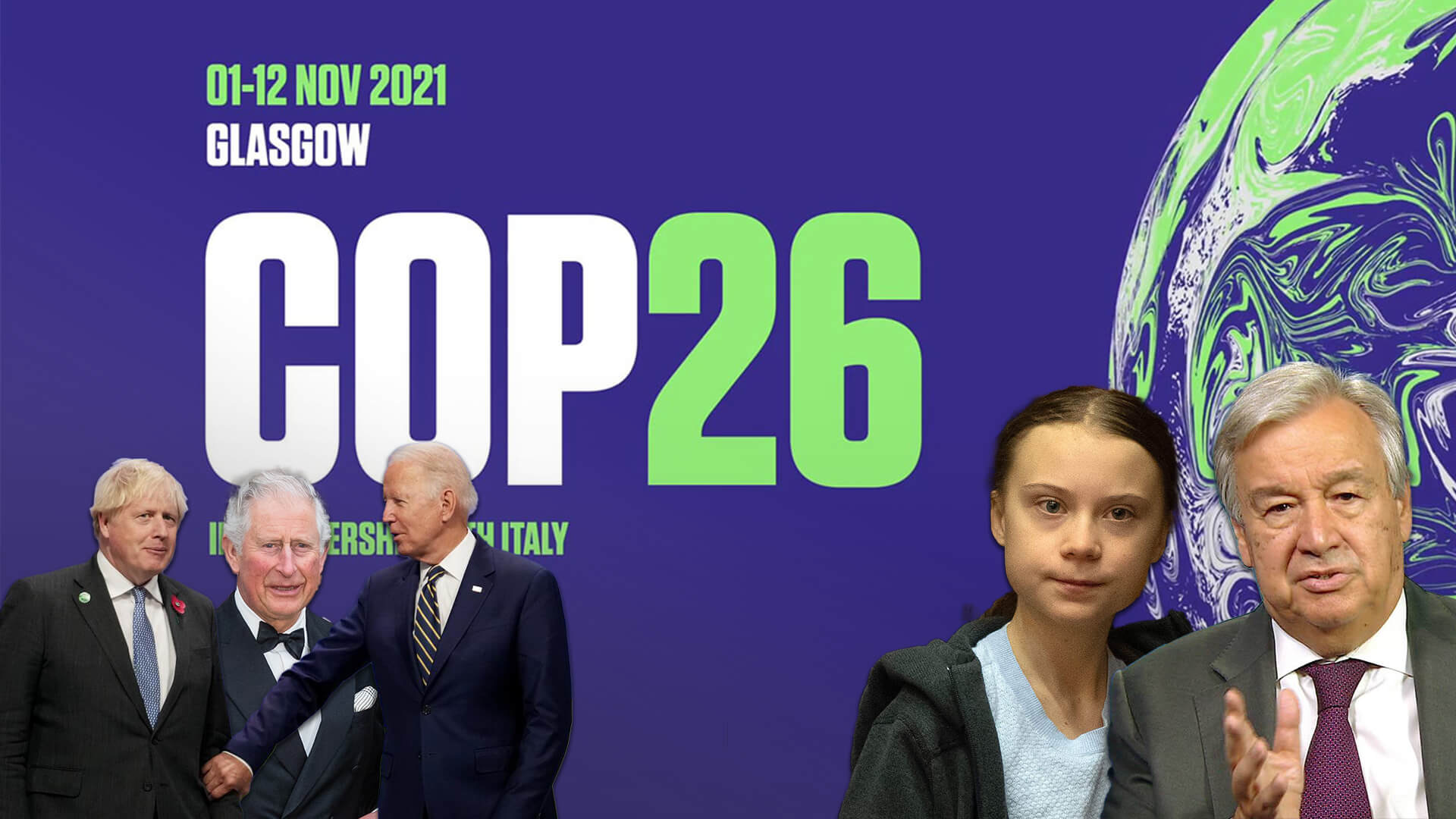 The arrogance, hystericism and duplicity of the world’s so-called “leaders” at the Glasgow climate gabfest is terrifying.

Not only did the world’s globalist elites produce more emissions than all of Scotland by flying into the Glasgow conference on private jets, but their unhinged speeches read more like soliloquies from a Shakespearean tragedy than serious industrial and energy policy proposals.

For example, overnight, we saw Boris Johnson quote Greta Thunberg saying, “if we don’t get serious about climate change today, it will be too late for our children to do so tomorrow… all those promises will be nothing but blah, blah, blah – to coin a phrase.”

As if it couldn’t get any more childish, Boris then offered his “welcome to Glasgow, and to Scotland, whose most globally famous fictional son is almost certainly a man called James Bond – who generally comes to the climax of his highly lucrative films strapped to a Doomsday device desperately trying to work out which coloured wire to pull to turn it off.”

UN Secretary-General Antonio Guterres declared that “if commitments fall short at the end of this COP, countries must revisit their national climate plans and policies – not every five years [but] every year and every moment.” Guterres showed the true extent of his delusion, exclaiming, “enough of brutalising biodiversity. Enough of killing ourselves with carbon. Enough of treating nature like a toilet. Enough of burning and drilling and mining our way deeper.”

Then came the man who powers his Aston Martin with wine and cheese, Prince Charles.

The Prince called on the governments of the world to take a “war-like footing” to solve the supposed climate crisis. Claiming that “time has quite literally run out”, Charles said that it will be up to richer nations to marshal “a vast military-style campaign” with “trillions at its disposal” to fight climate change as many poorer nations can’t afford “to go green”.

In other words, let’s redistribute industry from the West to the East so international supply chains become so interconnected that a global government is warranted, destroying the sovereignty of any nation-state that wants to chart its own path.

Next was Sleepy Joe Biden, who quite literally fell asleep while another climate hysteric was speaking. In his speech, the President mispronounced Glasgow as “Glass cow” and proceeded to assert that climate change is “destroying people’s lives and livelihoods and doing it every single day”.

“It’s costing our nations trillions of dollars, record heat and drought, fuelling more widespread and more intense wildfires in some places and crop failures in others, record flooding, and what used to be once in the century storms are now happening every few years,” he said.

And outside in the cold, was angry little Greta Thunberg, who was obviously triggered that she wasn’t “officially” invited to the event. In response, Greta joined a protest outside and sung “you can shove your climate crisis up your arse.”

If this isn't a clown show, then we at ADVANCE don’t know what is.