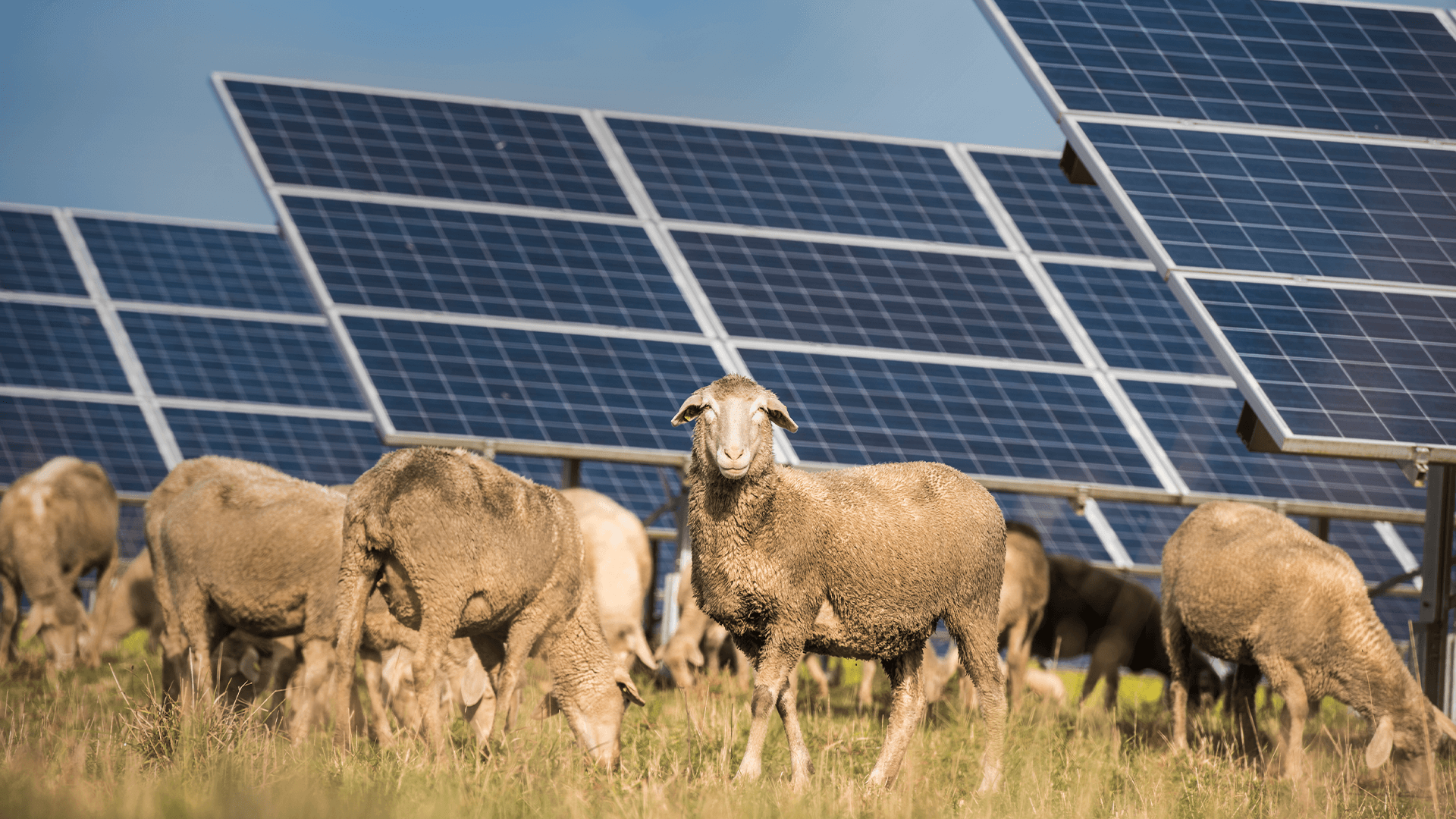 Nothing matches the passion of a patriotic Aussie battler from the bush, and Lynette LaBlack is the perfect exemple.

Speaking at a public hearing of the Independent Planning Commission regarding the development approval of a solar farm project in the fertile Riverina region of New South Wales, LaBlack destroyed the myth that solar energy is a green and sustainable alternative to coal and gas.

LaBlack said she “completely objects to the renewable energy con. The New South Wales Government’s 100 percent renewable energy plan is a despicable act that prioritises solar over food. It’s a tragedy for Australia. It’s based on ignorance or, perhaps, purposeful intent, fraud and scandalous corruption.

“We’ve seen this for ourselves in Wagga Wagga. The environmental vandalism and the waste of precious soil. Mythological fantasy has replaced all reason, logic and commonsense. Matt Kean, John Barilaro and Adam Marshall certainly have no comprehension of the impact on rural Australia. They aren’t even able to answer basic questions and the Planning Department, well, their inept, ignorant mapping ability is clearly seen in the koala debacle. Extensive areas of New South Wales’ best agricultural land has been mapped as non-existent and top-class soil labelled wasteland according to Planning Department dunce David Kitto.

“Large scale companies have completely failed to consult and deal fairly with rural communities, instead barging ahead with their planned agenda, totally disregarding individuals and communities as if they don’t exist.

“Joe McGirr had originally commented that renewable energy provided or increased local jobs, it protected the biodiversity, the soil, the air quality and the water and that is all completely false. When you consider the whole lifecycle of solar, it’s actually a toxic nightmare. I cannot comprehend how this Department has completely ignored the land and water contamination risk that these PV solar panels present. I’ve got some photos there which they might be able to show of some recent hail damage which my family experienced.

“Tennis ball sized hail with damage – two pictures of damaged solar panels. This hail also destroyed a family member’s car and their roof. So, I’m asking if this happens in large scale solar developments in the midst of healthy food producing land, how can the developer, the Department and the government guarantee that this land will not be contaminated by heavy metal leachate?

“Because once that happens, the surrounding land, how can they guarantee then that the surrounding land is not contaminated by heavy metal leachate? And if this does not happen – not just hail. It could be fire. There’s lots of bushfires. I mean, they’re talking about the climate catastrophe which is their reason for dumping all of this large scale solar throughout New South Wales. They themselves claim that there will be more severe storms, more severe hail, more bushfires. That is even more reason why they should never ever dump toxic solar panels in the middle of food producing areas.

“I don’t think the Department has any appreciation whatsoever for the food that is grown in these areas. The Walla Walla, Culcairn, Jindera, Glenellen area, they supply oats for Uncle Toby’s, they supply wheat for Sanitarium and Sanitarium have told me that they are a very reliable supplier. During times of drought they found the wheat very hard to obtain. SunRice has already limited its ability to produce Australian rice because the Department has dumped large scale development at Yanco.

“With only one per cent of New South Wales under irrigation, it’s an absolute disgrace that this future electronic garbage is dumped on taxpayer-funded irrigation at great expense to taxpayers and jobs are actually – have already been  –  lost in Yanco because of that solar or plan or development. I’m not sure if it’s completely built, but it’s already destroyed jobs.

“If the city-centric Department and government really want all these solar panels, why aren’t they covering all their own buildings and all of the contaminated land in the city areas? This makes far more sense than dumping it where you can grow food and the fact that people are saying you can run sheep on them, well, how do you know the sheep are not going to have heavy metal toxicity levels? This is all unproven. You have to provide the evidence, actually prove that this does not happen.

“I’ve already been told that sheep have died in these solar farms, strung up by the – caught up by their wool in the rotating universal joints and died a very cruel death, but you won’t hear solar proponents – you won’t hear the ABC, you won’t hear the Department telling you that because they don’t want to tarnish their idealisation of large scale solar.

“We’ve just got some brand new babies born in this area. How can you guarantee the health and safety of this community and these little babies for the future? Will the grazing sheep and the surrounding stock have heavy metal toxicity? Will the food that they grow adjacent to these solar developments have heavy metal leachate? This is an untested experiment that needs to be certainly tested way before these developments proceed.

“There is a callous disregard for this community, a complete failure to appreciate that food is far more important than solar and they refuse to acknowledge the devastating consequence of large scale PV solar land/water contamination would present for this district. Where would the panels go? I mean, this could happen in a few weeks’ time at Wagga Wagga. There’s 500,000 panels almost.

“The Jindera, Walla Walla, Glenellen, Culcairn area’s destined for, what, three or four million panels. This is insane. Where is the plan? As far as I know, there is not one waste plan for this. They’re trying to figure out whether it’s possible to recycle them but it seems like that will never happen because it’s too difficult and too costly so where are they going to go? I’d like to see Greater Hume Shire present their report on what they are going to do with the 390,500 panels from Jindera site.

“I want to make the point that I get very, very frustrated when terminology is being misconstrued and the large scale solar industry is using words like sustainability, clean and green. It’s completely wrong. If solar panels are so clean, why do they produce so much toxic waste? It’s just an absolute lie. It’s so fraudulent.

“PV solar, large scale solar is not farming nor is it a primary industry. It is an opportunistic, burdening invader sponging on and ruining rural lives and our precious natural environment which may never be restored to its inherent capabilities because of the harm that they are doing and the potential contamination risks that these panels can cause. There’s only six per cent or less of arable land in Australia so it is incumbent upon us to preserve and care for our heritage of rich soil and not squander this responsibility for the future of our children.

“One of my photos shows a log lying there in the open prior to construction. That’s one of the cleared century old trees with vital tree hollow habitats for vulnerable species such as our squirrel gliders and superb parrots retained onsite in a suitable location prior to construction. How is that suitable? And then towards the end of my photos there is that particular log now covered in weeds and Paterson’s curse with a totally absent tree screen and it’s completely useless. Their environmental destruction does not support clean, green and sustainable nor does their massive waste burden or their whole production manufacturing lifecycle which must be included when it comes to doing comparisons with how good this is for the environment.

“I mean, who’s even monitoring how bad sulphur hexafluoride is which is being increased massively because of renewable energy. It will remain in the atmosphere for more than 1000 years, this man-made greenhouse gas which is 23,500 times more warming than CO2. Well, I need the Department and the government to provide the facts on that because they are just making this stuff. They’re telling us that naturally occurring CO2 is the terrible enemy, whereas I think these large scale solar developments are going to do far, far more environmental damage and they’re going to cause a lot of harm for our children in the future. Even my kindy children know that you don’t crap in your own food bowl.