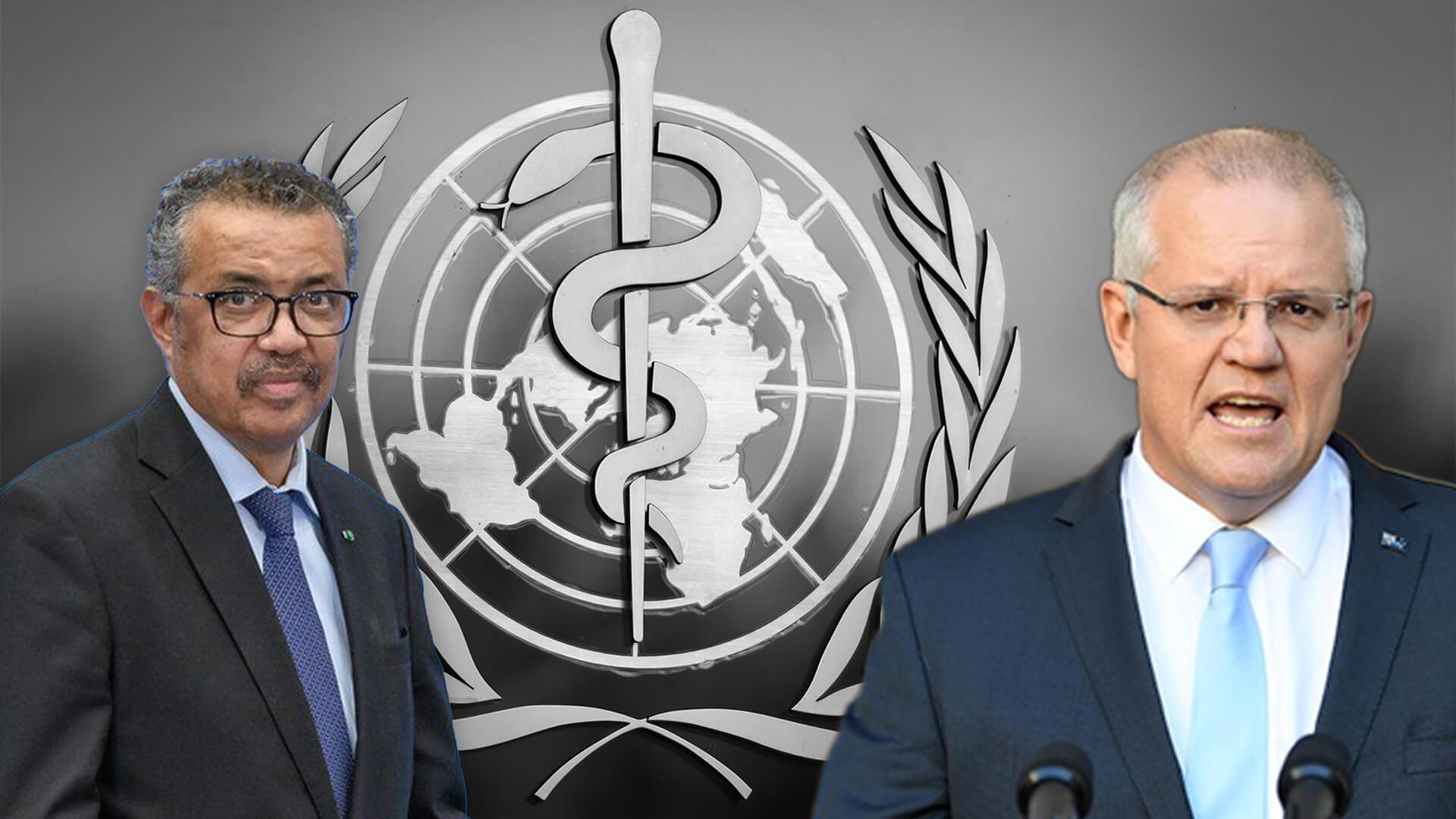 ScoMo has to get his act together.

The quiet Australians who voted him in are not losing sleep over climate change, and are sceptical of international organisations, such as the World Health Organisation, which is run by an Ethiopian communist.

But he hasn’t listened.

When the left-wing media prematurely declared Joe Biden the victor of the Presidential election a couple weeks ago, ScoMo was on the blower saying he “would be welcoming the United States back into the Paris Agreement” and global organisations such as the WHO.

He even signalled his hope that the US would re-join the Trans-Pacific Partnership trade pact signed by Australia and 10 other countries.

What is he thinking?

Australians have never been given a say on the Paris Climate Agreement – a policy necessitating the deindustrialisation of Australia via arbitrary carbon targets and the vandalization of our energy grid with foreign-made taxpayer-subsidised intermittent ‘renewables’ destined for Asian landfills.

In the article Canavan says:

“It is time we stop the stealing of Australian manufacturing jobs. We should pull out of the Paris agreement and pause any further efforts to reduce our own carbon emissions until other countries start to act and not just talk. Why should we continue to penalise our own businesses and workers while other countries get off scot-free?”

This is the conversation Morrison should have been having with Biden, not pandering to the wishes of the global elites’ “Great Reset”.

Even if the theory of anthropogenic climate change is real, it’s not like Australia can even make a difference, even if it ceased all CO2 and methane emissions tomorrow.

Between 2010 and 2016 China’s emissions grew every year by more than Australia’s total emissions - meaning if Australia were to achieve a 100 per cent reduction in its carbon dioxide emissions overnight it would only delay the IPCC-predicted Climatageddon by twelve months.

The whole thing is an exercise in futility for Australia and its long-suffering taxpayers and electricity consumers.

None this makes any sense.

What does makes sense however is that Paris isn’t about saving the planet from Climategeddon.

Instead its about transferring wealth from the West to the East.

Hence why Australian manufacturing is now only worth 5.5% of GDP (a far cry from its peak of 28% back in the 1960s) and why we saw shortages of critical goods during the outbreak of COVID-19.

Australians never agreed to any of this and it is time our politicians listened.

Not only did ScoMo rattle on about Paris, but he brought up the Transpacific Partnership, saying he hopes the US re-joins the agreement - which is ultimately a globalists’ dream.

For example, the TPP allows employers to no longer test the Aussie labour market for available employees before hiring migrant workers who are employed at lower wages. No thanks.

And even better, it allows foreign investors and companies to sue the Australian government for creating laws which the investor claims to have an impact on their profit margins – undermining Australian sovereignty and putting even more power in the hands of the global cosmopolitan business elite.

Not even the lefties would vote for this stuff.

Speaking of lefties, why is ScoMo celebrating a US return to the World Health Organisation – an institution which miserably failed during the early days of COVID-19 and is run by an ex-politburo member of the revolutionary Marxist-Leninist Tigray People's Liberation Front of Ethiopia.

You cannot make this stuff up.

Australians don’t ask for a lot.

We don’t want to sacrifice our economy and manufacturing sector to stop climate change.

We don’t want our jobs going offshore because renewables have made Aussie business uncompetitive thanks to high energy prices.

We don’t want globalist communists at the UN and CEOs of multinational corporations bossing us and our elected representatives around.

And we will not celebrate a US return to Paris, the TPP and the WHO.