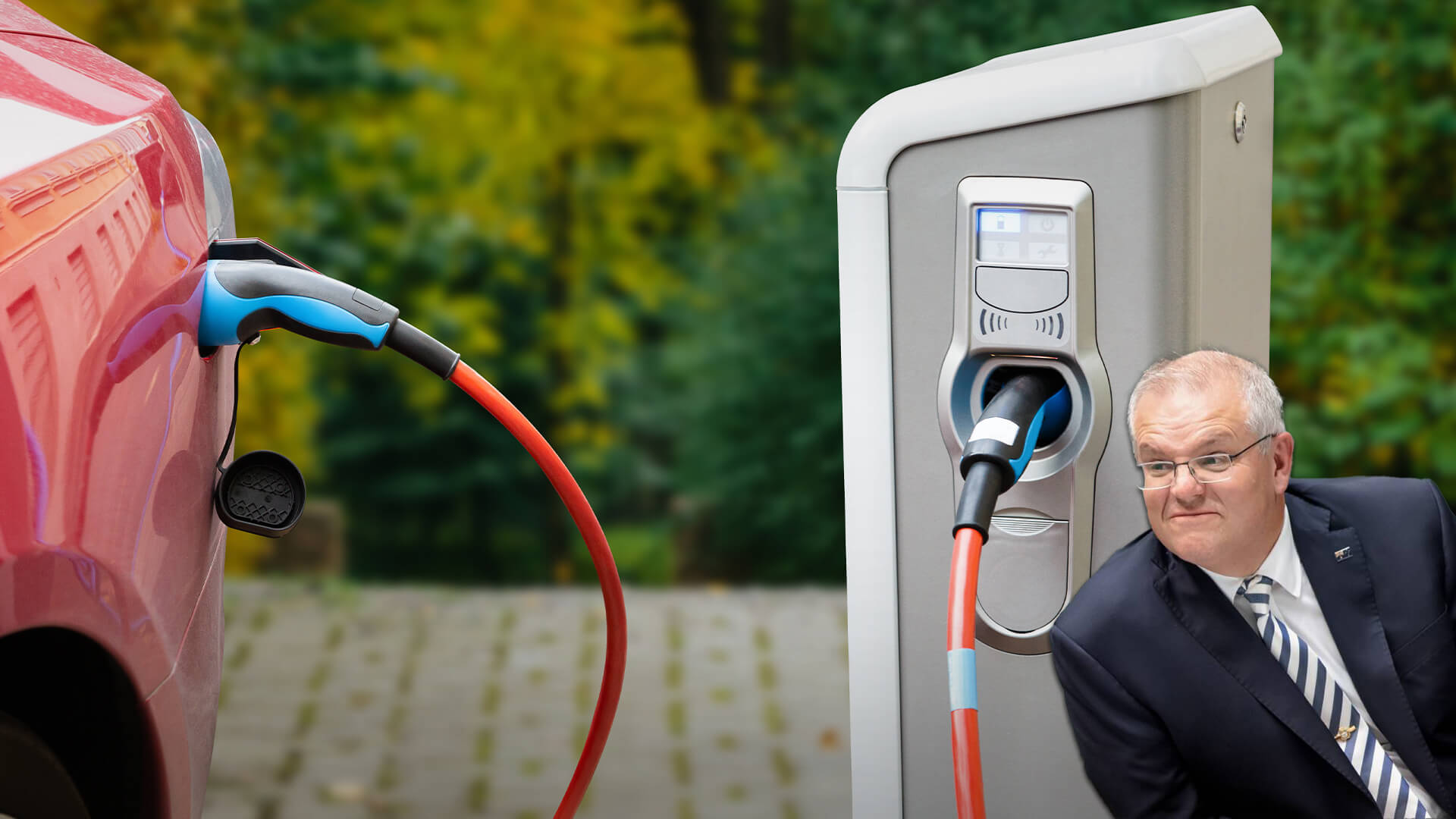 The Liberal Party’s increasingly unpopular approach to government can be summed up in a single sentence: “we’re 40 per cent less terrible than Labor and the Greens”. The latest example of many is Morrison’s new electric car policy.

Although Bill Shorten – the bloke who calls angry tradies fed up with lockdowns “man-baby Nazis” – was punished for promising 50 per cent of new car sales would be electric by 2030 at the last election, PM Scott Morrison has decided to go down the very same path.

And when questioned about how similar his electric vehicle policy is to Labor’s, Morrison said “I have a problem with governments telling people what to do and what vehicles they should drive” - even though he has no issue with the state telling people what vaccine to get, what jobs are essential/non-essential, and what farmers should/shouldn’t do with their land.

How short do you think our memories are, mate?

Millions of Australians who voted for you in 2019 remember exactly what you said about electric vehicles.

At the time, you asked 2GB radio’s audience, “What about all these charging stations, how much is that going to cost? I mean if you have an electric car and you live in an apartment, are you going to run the extension cord down from your fourth-floor window?”

At a doorstop you said, “Bill Shorten wants to end the weekend when it comes to his policy on electric vehicles where you’ve got Australians who love being out there in their four-wheel drives… [An electric vehicle] won’t tow your trailer. It’s not going to tow your boat. It’s not going to get you out to your favourite camping spot with your family.”

Even Energy Minister Angus Taylor posted the following on his Twitter page: 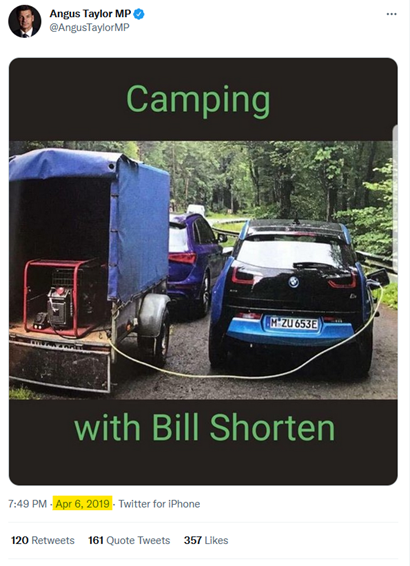 This is not the way to run a government, guys, and here’s why:

CEO of energy company Lumea Richard Lowe admits “one electric vehicle, we estimate, consumes about the same electricity as your average household.” In other words, prepare for even higher energy prices after they already went up by over 101 per cent over the last decade.

According to a paper by experts in ecology from the Norwegian University of Science and Technology and the US Environmental Protection Agency’s National Risk Management Laboratory:

Even worse, there’s net-zero consideration for the fact that:

Good luck trying to spin your way out of this one, mate…