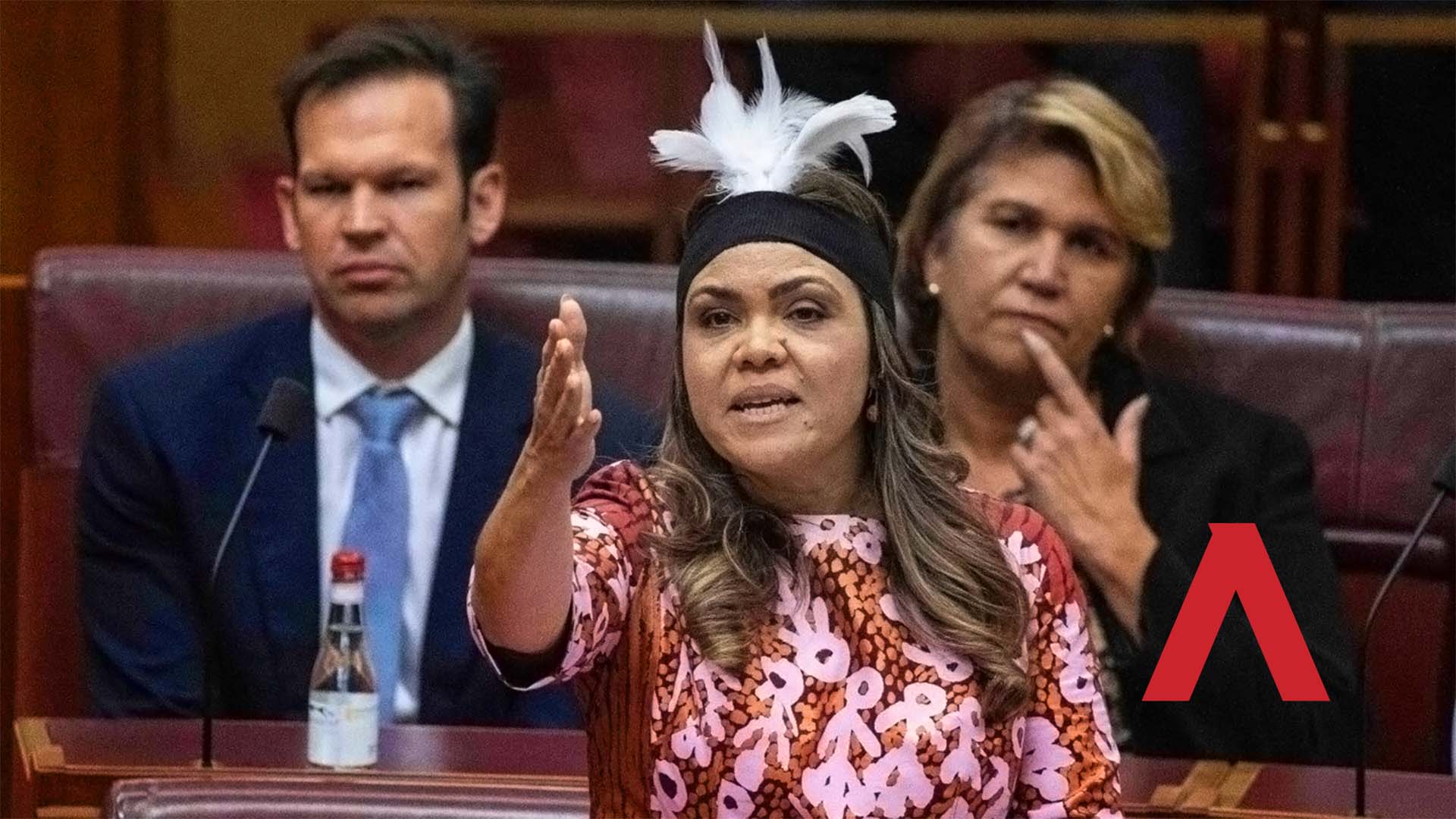 Yesterday, former ADVANCE spokeswoman, Senator Jacinta Price, gave one of the best maiden speeches since the federal parliament opened in 1901.

Beginning with a tribute to the Northern Territory, Jacinta refused to grovel to the woke activist class with some pathetic shallow useless “welcome to country” acknowledgement.

“My goal is to halt the pointless virtue signalling and focus on the solutions that bring real change that changes the lives of Australia's most vulnerable citizens—solutions that give them real lives, not the enduring nightmare of violence and terror they currently live.

“It is not good enough that the streets of our Northern Territory towns—and other towns across regional Australia—have gangs of children aged six to 16 wandering around with no adult supervision in the early hours of the morning.

“It is not good enough that almost all of these children have witnessed, or been subject to, normalised alcohol abuse and domestic, family and sexual violence throughout their young lives and that that is the reason for their presence on our streets. Such neglect in great numbers would not be accepted in the prosperous suburbs of our capital cities.”

Jacinta understands that Australians are proud and respectful of her Indigenous heritage. She acknowledges that:

“In Australia, we have experienced historically significant acts of symbolism that include the 1991 reconciliation walk across Sydney Harbour Bridge. For six hours, 250,000 Australians of all backgrounds walked together to demonstrate the fact that we are not racist but are overwhelmingly in support of Aboriginal Australia. We have spent a week every year since, commemorating this event and what it means.”

“I personally have had more than my fill of being symbolically recognised”.

She’s sick of the:

“Platitudes of motherhood statements from our now Prime Minister, who suggests, without any evidence whatsoever, that a voice to parliament bestowed upon us through the virtuous act of symbolic gesture by this government is what is going to empower us.”

“And, no, Prime Minister, we don't need another handout, as you have described the Uluru statement to be. No, we Indigenous Australians have not come to agreement on this statement, as you have also claimed. It would be far more dignifying if we were recognised and respected as individuals in our own right who are not simply defined by our racial heritage but by the content of our character.”

Instead of the “platitudes” and “symbolic gestures”, Jacinta wants action on “reducing violence and sexual abuse also reduces rates of incarceration” and cites two examples where the Labor party has already failed.

“We see the news that grog bans will be lifted on dry communities, allowing the scourge of alcoholism and the violence that accompanies it free reign, despite warnings from elders of those communities about the coming damage.

“Coupled with this, we see the removal of the cashless debit card, which allowed countless families on welfare to feed their children rather than seeing the money claimed by kinship demand from alcoholics, substance abusers and gamblers in their own family group.

“I could not offer two more appalling examples of legislation pushed by left-wing elites and guaranteed to worsen the lives of Indigenous people.

“Yet at the same time we spend days and weeks each year recognising Aboriginal Australia in many ways—in symbolic gestures that fail to push the needle one micro millimetre toward improving the lives of the most marginalised in any genuine way.”