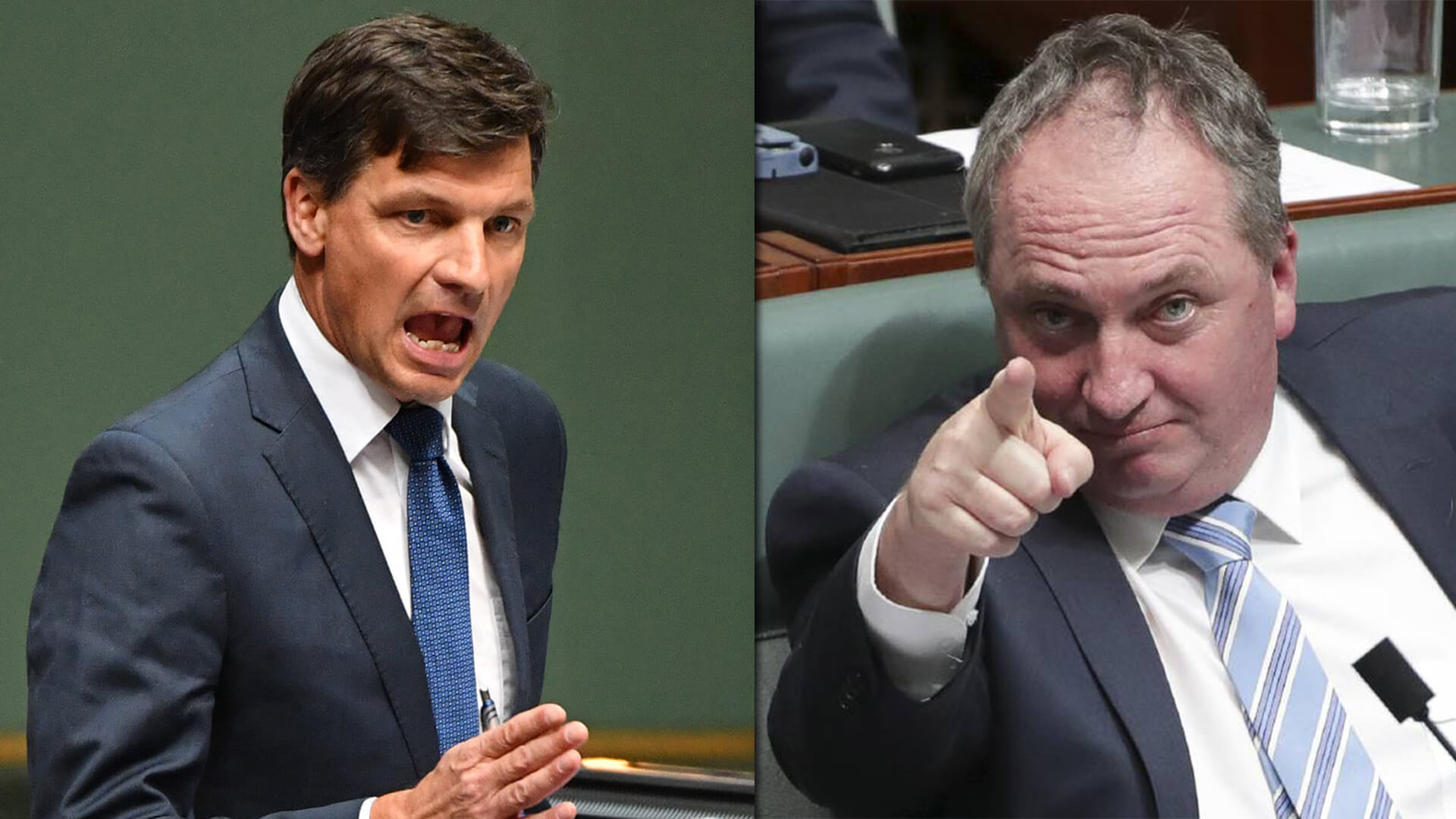 Discussions within the federal cabinet about Prime Minister Scott Morrison taking a pro-nuclear policy to the next election are reaching boiling point.

According to The Australian, two-thirds of Coalition MPs support legalising nuclear power – an unsurprising figure considering the government only needs to remove four words – “a nuclear power plant” – from the Commonwealth Environment Protection and Biodiversity Conservation Act (1999) to do so.

Senior members from the Coalition’s NSW Divisions including Deputy Premier John Barilaro and Tanya Davies have recently declared they’re “open to the idea” of nuclear power and “putting aside the scaremongering to face the opportunities nuclear power has for our community”.

Even Energy Minister Angus Taylor said “small modular nuclear reactors” are an “emerging technology with great promise” – even though he did prioritise the development of hydrogen, long-duration energy storage, low carbon steel/aluminium, carbon capture and storage and soil carbon measurement over the pursuit of nuclear power in his Technology Investment Roadmap.

So, where’s the PM amidst all this pro-nuclear chatter?

Well, it appears ScoMo believes adopting a pro-nuclear stance before the next election is too dangerous without bipartisan support as a Labor-Green alliance could mount a successful anti-nuclear scare campaign to win back the government.

Read our article from yesterday about the mounting prospect of a Labor-Green alliance come next election.

Although Advance unequivocally agrees that Labor and the Greens could easily team up to undermine a nuclear proposal by the Coalition, we strongly believe ScoMo isn’t giving enough credit to the intelligence of the average Australian.

Afterall, a mid-2020 poll conducted by market research platform Glow found more Australians support the use of nuclear power than oppose the idea, with almost 40 per cent in favour and 31 per cent against.

Australia already has a significant uranium export industry and stores its own nuclear waste.

The government has already cleared the way for a remote Australian site to store nuclear waste as the reactor in Lucas Heights (less than 30km away from Sydney’s CBD) is running out of capacity.

And a serious proportion of environmentally conscious Australians are keenly aware of how nuclear power is more sustainable than solar and wind because reactors last for 80 years while solar panels and wind turbines need to be replaced every 10 to 15 years.

Everyone comes out in front – meaning nuclear is a sure-thing election winner.

With Australia now the only G20 country without nuclear power, it's time the Prime Minister paved a clear path forward for Australia to provide our manufacturers and energy-intensive industries with cheap, reliable power once again.

As Liberal party pin-up boy and former PM John Howard said about a nuclear power plant being built next door to his home in 2006, “I wouldn't have any objection, none whatsoever. I'm serious, quite serious”.

“I believe very strongly that I’d be failing Australia if I didn't factor in nuclear power as part of the solution…It is foolish and backward-looking and old-fashioned of people to say we will always oppose the use of nuclear power,” he said.

Australia no longer has the luxury of allowing Labor and the Greens to further undermine our industrial competitiveness and energy security with their pathetic little scare tactics.