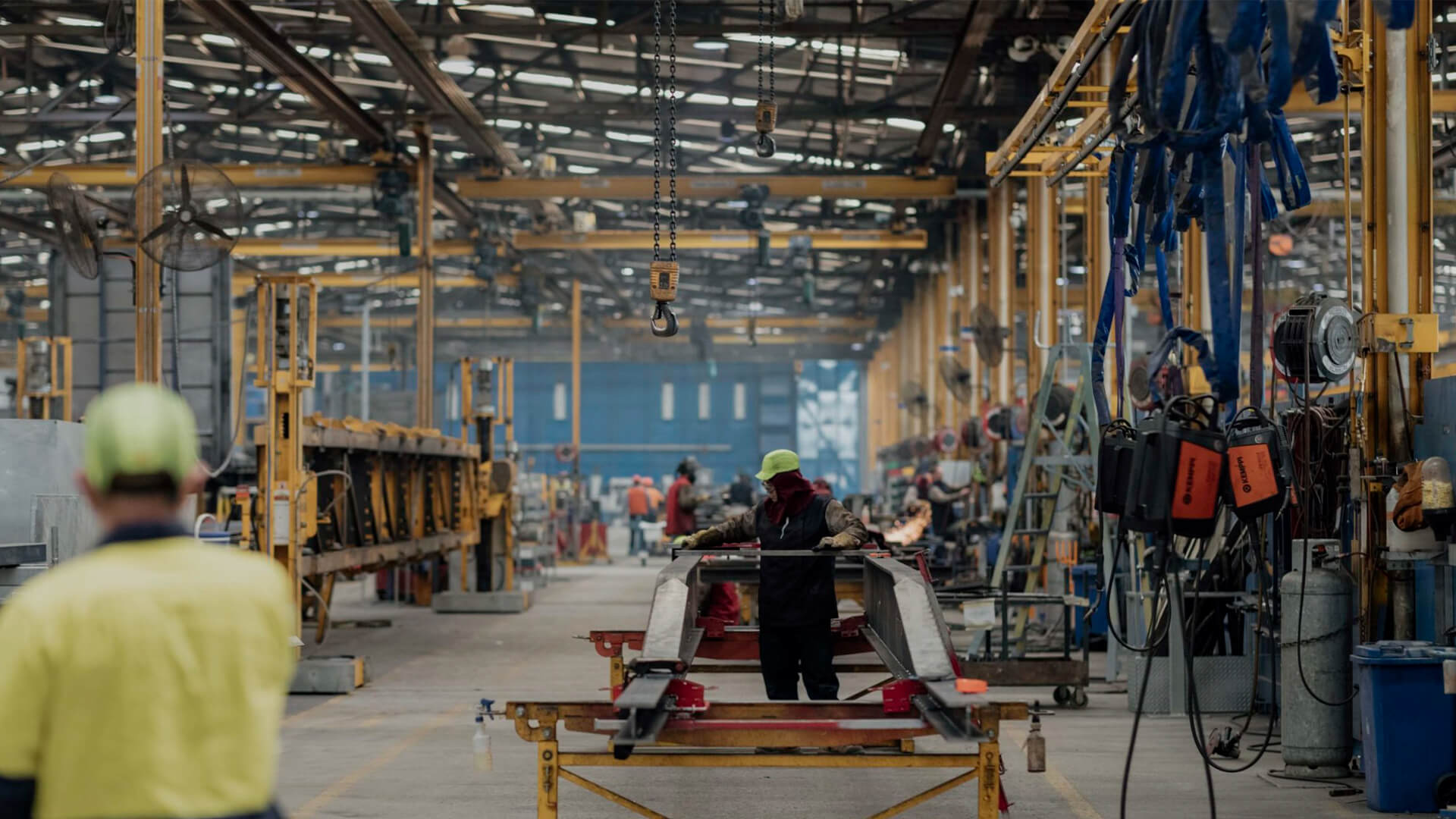 Australian manufacturing is key to preserving our sovereignty and prosperity. ADVANCE has put together six steps to bring it back.

In a high-wage economy, Australia’s only industrial competitive advantage is its cheap, reliable energy. Back when we relied on coal-fired power for over 80 per cent of our energy needs, we had the world’s cheapest prices.

However, with Australia “transitioning” to taxpayer-subsidised, intermittent “green” energy, prices have increased by 91 per cent over the past decade, meaning Aussie manufacturing is no longer competitive. To turn the tide, Australia must build a new fleet of high-energy, low-emissions coal-fired power plants, especially considering the CCP has at least 127 coal plants currently under construction to boost its industries.

We must follow the lead of Rolls Royce and invest in the long-term establishment of a small modular nuclear reactor manufacturing industry.

Most of all however, the idea that renewable energy can effectively power an industrial economy has to be rejected. For example, hidden in power bills is the cost of the Renewable Energy Target which gives wind turbines $600,000 a year, even though 70 per cent of them are foreign-owned and they only work 40 per cent of the time. When the wind isn’t blowing and the sun isn’t shining, the onus is on coal and gas to pick up the slack, even though it’s very expensive to scale up and down baseload power.

Ironically, “green” wind turbines and solar panels are often made in Chinese factories powered by coal-fired power plants using coal from the Hunter.

Considering the importance of manufacturing to our national security and prosperity, manufacturers should receive concessional finance as well – especially when there’s successful concessional public lending facilities to support manufacturing in Europe, China and Japan already.

With ANZ refusing to continue financing the Port of Newcastle, NAB no longer backing coal projects, and APRA recommending banks dump clients who refuse to take climate action, a concessional loan program for Australian industry is needed more than ever.

With large-scale subsidies provided to industrial businesses in other countries, Australian industry is struggling to keep up. As such, the government must abandon its stringent commitment to free market fundamentalism and offer subsidies to strategic industries including those in steel, oil, shipbuilding, food, fertiliser and medicines.

In an economy with such abundance of mineral resources and cutting-edge intellectual property, this state of affairs is unacceptable. Australia needs to learn from its key competitors and push back against economies which use slave labour, tariffs and subsidies to undercut our exports by protecting the critical and strategic industries we need to defend ourselves.

The production of steel is the critical backbone of many industrial value chains, and an essential base material for strategically important sectors such as the automobile, aerospace and shipbuilding industries.

Regardless of such importance, the Chinese Communist Party now produces over 57% of the world’s steel supply. Even worse is how although Australia produces more iron ore and coking coal (the key inputs into the production of steel) than any other nation, we produce a mere 0.3% of the world’s steel – putting us behind the Dutch and Egyptians.

To solve this, Australia should embark upon nation-building infrastructure project: Project Iron Boomerang (PIB) – which proposes we connect our vast iron ore fields in the Pilbara, WA and vast coking coal fields in the Bowen Basin, QLD via railway with steel smelters at either end.

Not only would this project allow us to export 44 million tonnes of steel a year instead of 116 million tonnes of iron ore, coking coal and limestone, but the efficiency of the integrated PIB supply chain is estimated to produce cheaper steel than even the Chinese.

In 2000, Australia produced enough raw petroleum to supply 95 per cent of domestic demand, yet by 2018 the same figure dropped to 48 per cent. As such, Australia must find new sources of oil supplies, especially considering the Bass Strait oil reserves are beginning to deplete.

Although many assert oil is running out, Australia has almost 100 million barrels of potentially recoverable oil resources, representing over 250 years of supply. For example, in 2008 Linc Energy discovered up to 233 billion barrels of oil under Coober Pedy, double what has been found in Iraq and almost equal to the oil reserves of Saudi Arabia.

Even worse, Australia’s oil refining capacity has dwindled to dangerous lows with 90% of our crude oil, petrol, aviation fuel and diesel now imported.

In April 2021, Exxon Mobil announced it would close its Altona oil refinery in Melbourne, following BP’s decision to close its Kwinana refinery in Western Australia. Overall, if all the shutdowns go ahead as planned, there will only be two refineries left in Australia by the end of 2021, down from seven a decade ago.

To address this security risk, the government needs to finance the construction of new oil refineries to replace the old ones, so we’re no longer forced to rely on global supply chains for fuel.

While the green-left demand net zero emissions schemes to save the planet, they neglect the only baseload form of zero-carbon power: nuclear energy.

Nuclear energy accounts for about 10 per cent of the world’s electricity, providing 70% of France’s needs and 30% of the USA’s requirements. When the UK’s renewables aren’t operating on a cloudy, windless day, it also uses French nuclear energy transported by an underwater interconnector. Now, Rolls Royce is developing small modular nuclear reactors which can power a decentralised grid, perfect for Australia’s many towns and regions.

Yet even though Australia has 30 per cent of the world’s uranium and lies on the world’s most geologically stable continent, our politicians refuse to consider its use even though a nuclear reactor continues to operate safely on the fringes of Sydney.

As such, the moratorium on nuclear energy must be lifted so our world-leading nuclear scientists, engineers and technicians can begin work on generating baseload nuclear power.