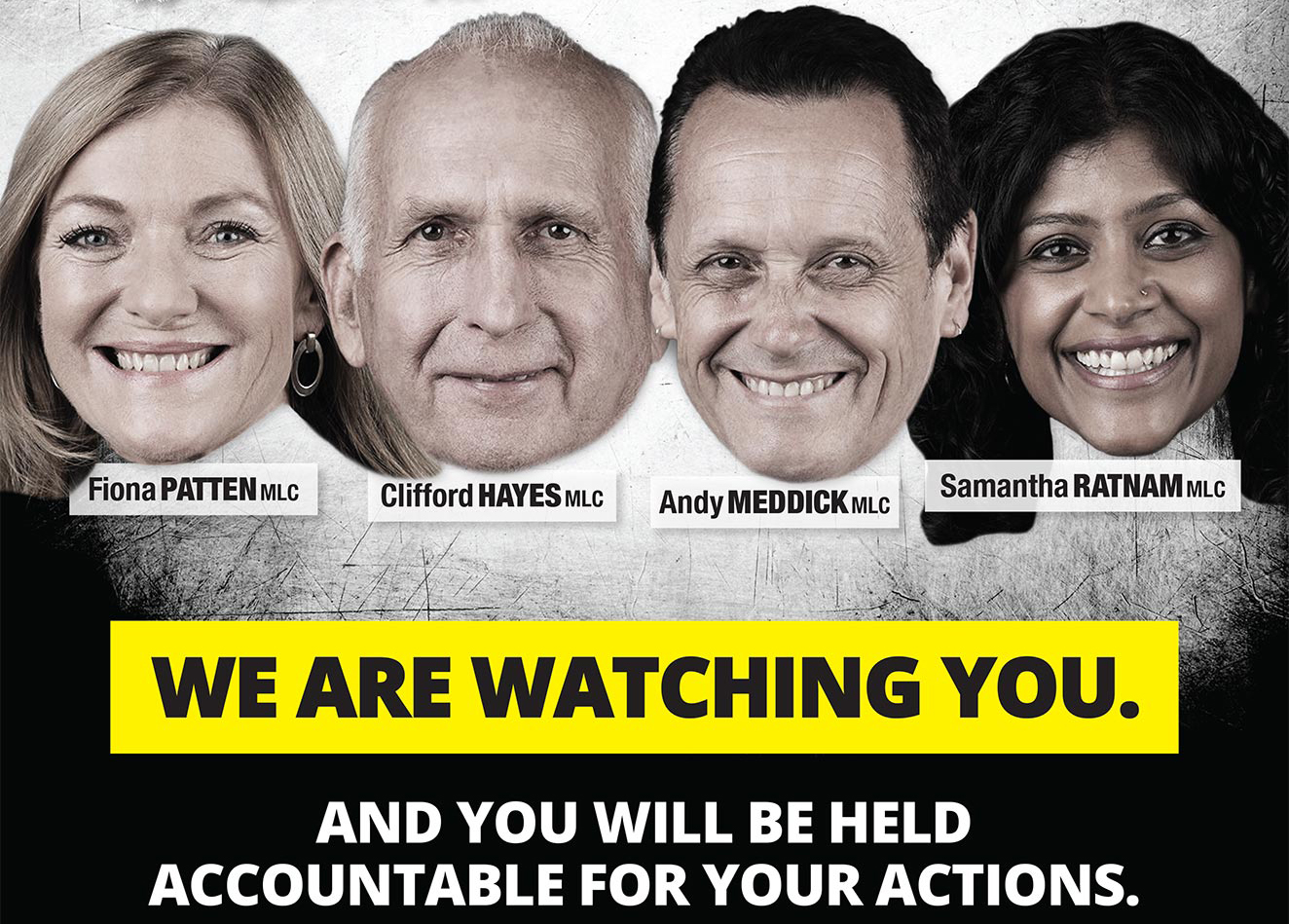 Your support of our movement means there is now a fast and furious fightback against Dictator Dan Andrews’ latest pandemic power grab.

With Australia’s second-biggest state still shuttered under the world’s toughest lockdown (the Chinese Communist Party’s clampdown of Wuhan was shorter), it’s time to take a stand.

This is what you are doing: 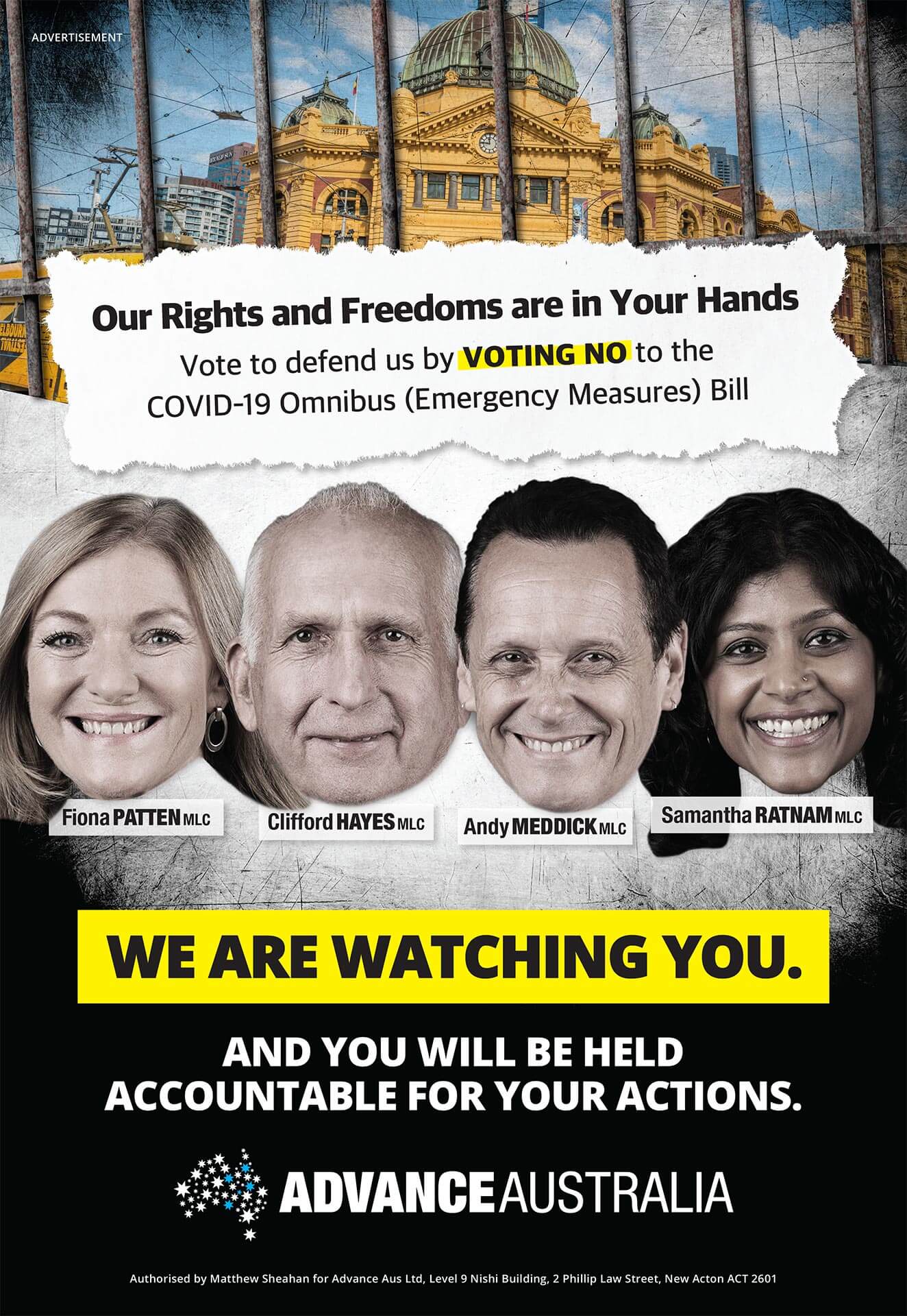 You have fired a warning shot across the bows of crucial swing vote crossbench politicians in the Victorian Upper House of Parliament. And your message has been simple and clear - If they give Dictator Dan more power, there will be consequences.

After all, this is supposed to be a democracy and they are our servants.

He is hoodwinking the crossbenchers into thinking he has gone soft so they will vote for it next week.

Even the radical left-wing Guardian on-line thinks he has gone too far.

According to a table outlining the proposed amendments seen by Guardian Australia, police and protective services officers will still be able to be appointed as authorised officers, but with lesser powers than had previously been allowed.

The powers still include being able to search a property without a warrant if “necessary for the purpose of investigating, eliminating or reducing the risk to public health”.

The Guardian goes on to say that civilians can still be appointed “authorised officers” with power over fellow citizens. The “backflip” is a ruse.

That’s why as you read this, Advance Australia’s Victorian supporters are being mobilised to phone these crossbenchers to urge them to defend our freedoms.

They are doing it on behalf of all of us. We are in this together. Dictator Dan is dragging the rest of our great nation into economic hardship as part of his power trip.

More than 800 people have died, not because Andrews didn’t have enough power, but because his government was incompetent with hotel quarantine.

Crossbenchers handing over more of our rights and freedoms to Dictator Dan is not the answer. Thanks for fighting to make sure they don’t.

We need your voice to stand against Dan Andrews and stop his powergrab. Sign our petition and join us as we fight back.