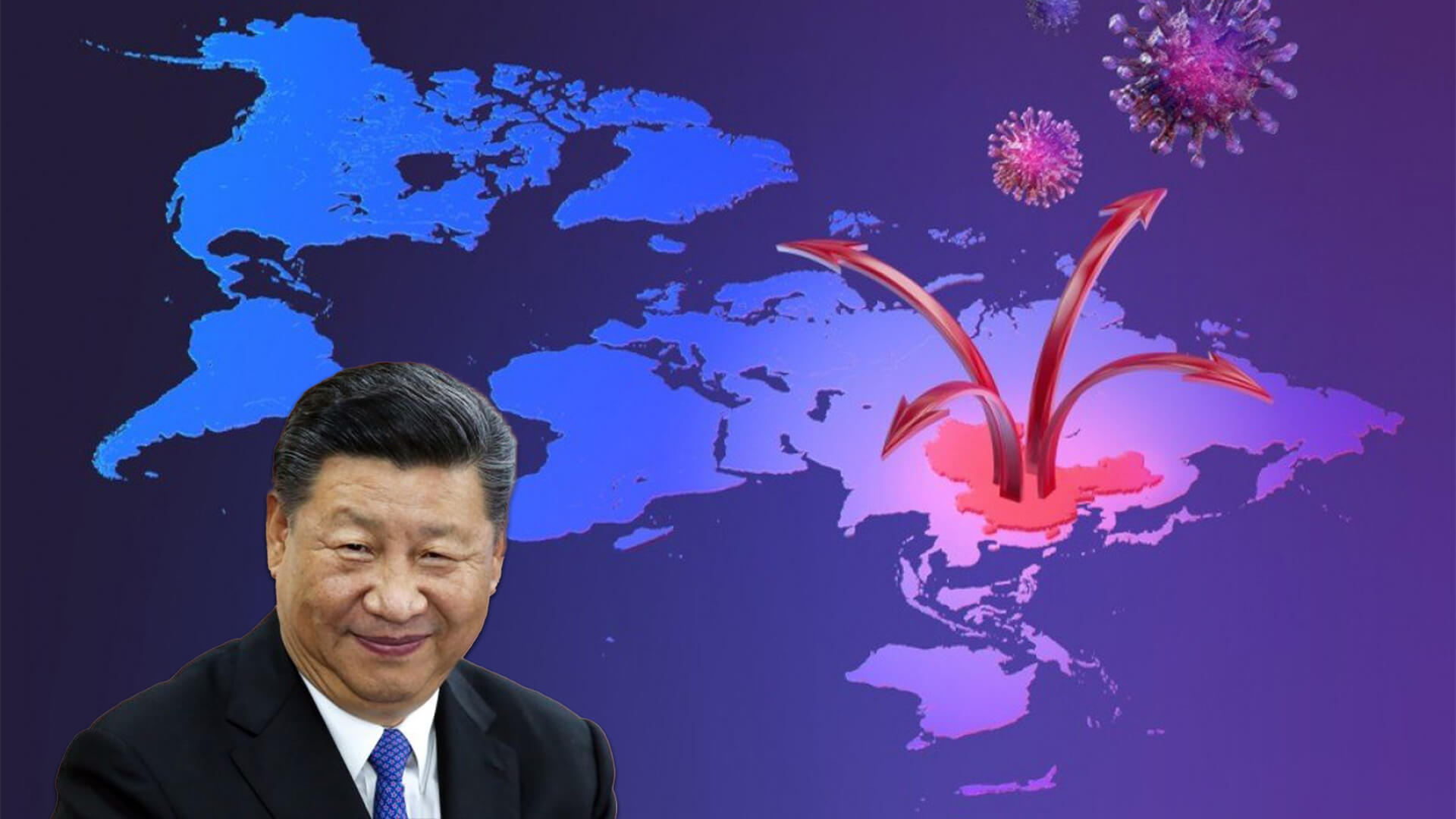 Presbyterian Minister and author Mark Powell has penned a powerful article in Quadrant Magazine titled “Ten Reasons to blame the CCP for COVID”. The piece is so damning, ADVANCE thought it would be worth summarising it for our readers.

As Sharri Markson wrote in her brilliant book “What Really Happened in Wuhan”, the lax safety standards surrounding the virology lab in Wuhan is suspicious to say the least.

Photographs show employees handling similar sewage samples in another location. Two other photographs show close-up detail of the sewage collection. The photographs are shocking given the staff are not even wearing gloves, which would be especially risky had there been an infection or improper disposal of infectious virus materials.

Contact with infected wastewater that had not been properly treated is one of the many ways in which a leak of a virus could occur.

Well before the CCP admitted there was even a new virus, Chinese doctors were coming forward to warn the world. For example, Chen Quanjiao, a female researcher and group leader who had worked with the infamous Shi Zhengli (aka ‘Bat Woman’) wrote:

I hereby report that the virus was leaked by Wang Yanyi, director of the P4 Wuhan Institute of Virology. Wang Yanyi has little knowledge of medicine. While at Beida [Peking] University, which enrols students only of high ability, other researchers did her research for her. She often sells animals used in experiments in the lab to game meat vendors in the South China Seafood Market.

Although Chen’s allegation was quickly recanted via an official statement issued in her name, a similar accusation was made by Chinese biologist, Dr Wu Xiaohua, against Shi Zhengli, who was responsible for overseeing coronavirus research involving bats at the Wuhan Institute of Virology.

Dr Wu said she was aware that Shi Zhengli oversaw the poor disposal practices of animals that had been tested on with viruses and suggests this may have been the origin of the pandemic. She says some WIV researchers had sold animals used in experiments to wet markets in Wuhan, while others had even been sold as pets. She also said that dead laboratory animals were not properly disposed of and some lab workers had even been known to boil and eat laboratory-used eggs.

Since making these accusations in early February 2020 Dr Wu Xiaohua has “not surfaced online since then”.

The findings of Dr Nikolai Petrovsky:

Through the use of a supercomputer provided by the Oracle Corporation to help fast-track a vaccine for COVID-19, Dr Petrovsky tried to work out which animal host the coronavirus had inflected before being transmitted to humans. His findings were disturbing.

Strangely, humans came out at the very top of the list … That was not what we were expecting, as the animal host from which the virus had been transmitted should have been at the top of the list. This presented a puzzle as the data suggested the SARS-CoV-2 spike protein had uniquely evolved to bind and infect cells expressing human ACE2. Normally with a new pandemic virus, whatever species that virus originally came from would be the best fit and the virus would initially only half fit the human lock but then mutate over time to try and become a better fit.

A virus should not be able to evolve to be a perfect fit for a lock it has never seen, and yet this is what the data was telling us. The virus spike protein looked like it couldn’t have been better designed to fit the human ACE2. Go figure.

Petrovsky then reportedly wrote to his colleagues:

Please don’t think I’m crazy or a conspiracy theorist, I’m really, truly not. But basically, I’ve founded a conclusion that we can’t exclude the possibility that what these results might be telling us is that this could be a man-made virus, or at the very least something that was generated in a lab and then got accidentally released … I understand this might be difficult to publish. I understand there’s going to be a backlash. But these are the findings and surely we have a responsibility to try and make the world aware of them.

A vaccine was being developed before the pandemic:

In a report for the US government in April 2020, The PRC’s Biosafety Negligence and Circumstantial Evidence Against the Wuhan Institute of Virology by Miles Yu, opens with the statement:

China is a country obsessed with dangerous viruses. State-run media outlets often tout China’s great discoveries of a phenomenal number of new viruses heretofore unknown to mankind. Over the past 12 years, China’s army of virologists have discovered close to 2000 new viruses, while over the past 200 years the rest of the world has only discovered 2284. In its rush to greatness and dominance in virus studies, China often neglects biosafety, with catastrophic consequences.

Yu went on to raise the bombshell possibility that China may have invented a Covid-19 vaccine prior to the outbreak.

As the dossier from Yu states:

Prior to the surprise outbreak in its close vicinity, WIV had possessed the novel coronavirus in its lab and had known of its lethality and pathogenicity for a while. It had been actively researching a vaccine before anyone else could succeed, thus giving China the sole patent right.

Dr. Fauci’s agency had been funding gain-of-function research at the Wuhan Institute of Virology and failed to notify the Trump administration. As Markson writes:

If it was a shock for senior White House officials to learn through media reports that Fauci had quietly lifted the ban on gain-of-function research back in 2017, they were even more astounded to discover he knew so much about the research in Wuhan, but never said a word as the pandemic unfolded. Instead, the role of the Wuhan Institute of Virology in conducting risky coronavirus research was left to officials like Miles Yu and Matt Pottinger to uncover.

Markson goes on the further write:

In mid-January 2020, Fauci donated free Remdesivir samples to China for an experimental clinical trial to save Chinese lives, to see if it was effective against Covid-19. Remdesivir was an American invention, developed by scientists at USAMRIID in conjunction with the American pharmaceutical company Gilead Sciences, using taxpayer funds. After Fauci donated the samples, the Wuhan Institute of Virology compiled a commercial patent for the treatment on January 19, in a case of intellectual property theft.

The expulsion of the French:

According to Markson, even though the laboratory in Wuhan was “built on the condition of international collaboration [it] was severely limiting the number of international researchers who could work inside its walls”. What is more, while the laboratory in Wuhan was constructed in conjunction with the French, after the facility became operational they were “soon kicked out”. Of even greater concern, Markson goes on to state:

You didn’t need a security clearance to know that the French who led the construction of the BSL-4 lab at the new Wuhan Institute of Virology campus had been kicked out and humiliated in 2017. Our ally, France, reportedly then proceeded to warn the US Intelligence Community and Non-proliferation Community about China’s sinister intention in Wuhan – warnings that were totally dismissed and ignored by the ‘Dilberts, dimwits and do-nothings’ who dominated the US biological weapons and intelligence community leadership.

Markson writes that during the 2019 International Military Games that just so happened to be held in Wuhan, “there was a coronavirus drill at the Wuhan airport”.

The Wuhan Military Games executive committee held an emergency exercise where it simulated the responses to a new coronavirus infection found at the airport and a case of nuclear radiation discovered in luggage.

A Chinese-language article on the Xinhua news site about the drill stated: the exercise included epidemiological investigation, medical investigation, and temporary quarantine. There are multiple links such as regional setting, quarantine, case transfer, and sanitation treatment.

DiNanno’s team obtained a bombshell classified report prepared by the Lawrence Livermore National Laboratory, America’s biodefence labs, which made the case that COVID-19 may have originated in a Wuhan laboratory as a result of synthetic and “serial passage” gain-of-function biological research, while also not ruling out the zoonotic theory … The Lawrence Livermore report, from their intelligence unit Z division, was dated May 27, 2020, yet it had remained tucked away.

According to Time, as early as December 31, 2019, health officials in Taiwan had written to the World Health Organisation asking for more information “about patients falling sick with a mysterious pneumonia in the Chinese city of Wuhan”. Wei Jingsheng—one of Markson’s trusted sources—relayed to her, similar concerns. As Markson states:

After the 2019 Military World Games, Wei claims that a Chinese doctor warned his colleagues in Hong Kong about an outbreak of an infectious disease and “Taiwan arranged anti-epidemic measures in advance”. He spoke about athletes who were allegedly hospitalised in Wuhan and could not participate in the competition.

We weren’t getting a lot from China and we weren’t getting much from the WHO either. The WHO was, as it turns out, the instrumentality of the Chinese Communist Party, in our view, and were simply a mouthpiece for whatever China was saying. There was no independence whatsoever.

WHO Director-General Dr Tedros Adhanom Ghebreyesus had his bid for the role funded by the Chinese Communist Party. This was hardly surprising given he is a member of the Tigray People’s Liberation Front – a “Marxist liberation” party with links to the former Soviet Union.

This explains why when health officials were allowed to visit China on a fact-finding mission from February 10 to 24, Markson uncovered that:

…only three WHO officials were allowed to visit Wuhan and only for two days…They did not visit the wet market or the Wuhan laboratories. Instead, their visit included trips to hospitals and they had meetings with officials. The WHO’s excuse is that it was too difficult to visit Wuhan.

The unforgivable failures on so many levels means the world is still in the dark about the precise turn of events that sparked this pandemic, and this of course leaves the world vulnerable to whatever comes next. There is still no evidence that the United States and other Western nations are any more prepared for a future pandemic than we were before this global catastrophe, with gain-of-function experiments still largely left unchecked. The failures of the scientific community, intelligence agencies, international bodies and large sections of the media have all left the world a less secure and less safe place to live.