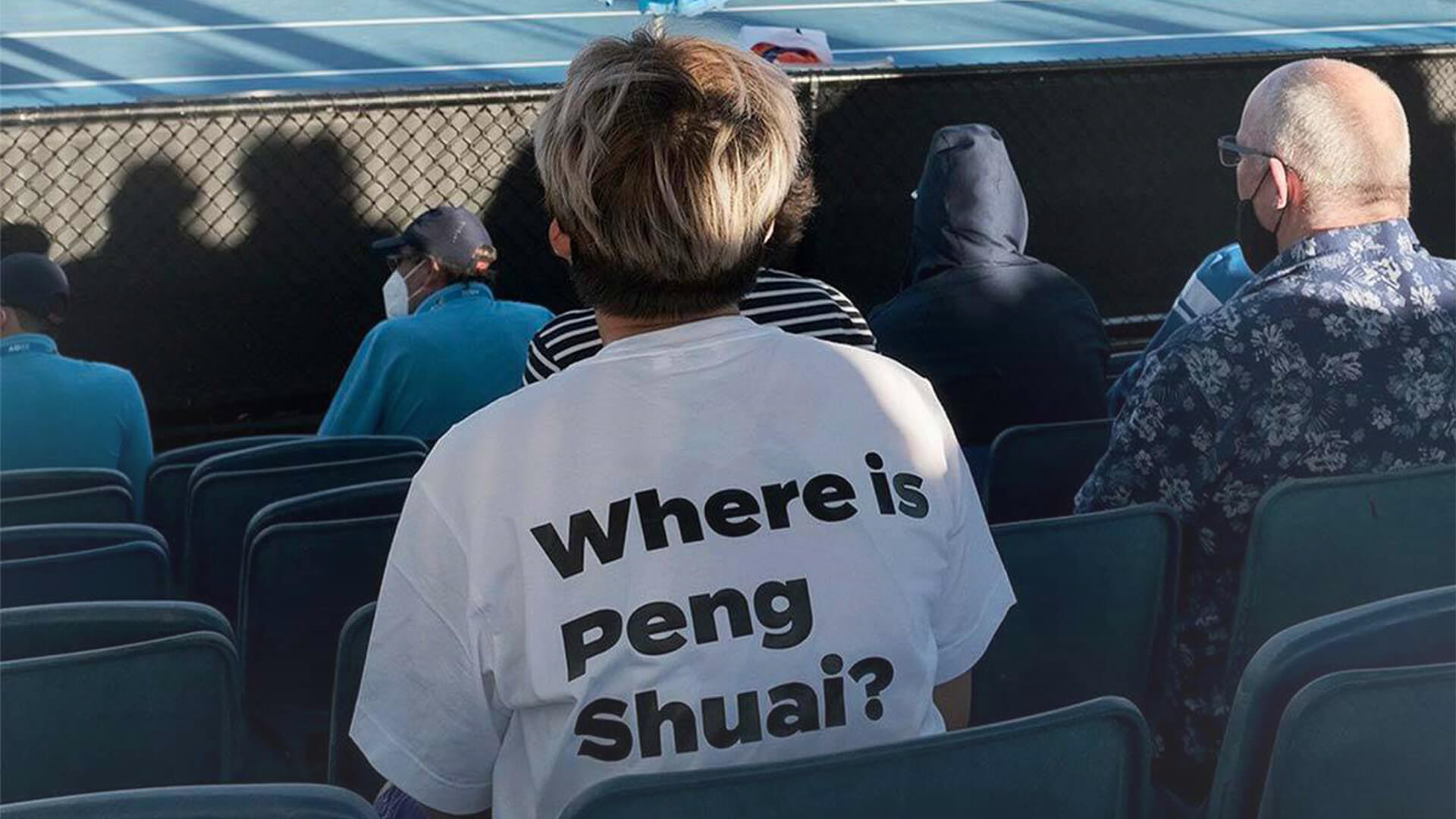 There is something seriously fishy going on at Tennis Australia and the evidence keeps surfacing.

First, there was a spectator at a recent tennis match who was asked to remove his banner reading “#Novax Djokovic’ Hostage of the Communist State of Dan Andrews” or leave in disgrace.

Now Max Mok – a Hong Kong freedom fighter, Melbourne local and challenger to Gladys Liu at the next election under the banner of Drew Pavlou’s new political party – has gone through a similar, yet even more disturbing experience.

Being a human rights activist and outspoken foe of the Chinese Communist Party, Mok wore a shirt that said “Where is Peng Shuai?” – the Chinese tennis player who disappeared for three weeks and then recanted her claims after accusing one of the Communist country’s senior politicians of rape.

The response from Tennis Australia and their security guards? Take the shirt off or get out.

Well according to Victorian Police Officer Rick Barry – who was wearing a rainbow pin to express solidarity with the LGBTQ+ agenda - “the Australian Open has a rule that there can’t be any political slogans”.

Asking why a world-leading senior tennis player has disappeared off the face of the Earth after accusing a senior Chinese Communist Party official of raping her, is NOT a political message.

In fact, it may be an obligation for Australians – and all Westerners – to speak out against corruption, political persecution and the evil of men in positions of incredible power abusing vulnerable women.

So why on Earth is Tennis Australia taking the side of the Chinese Communist Party by kicking anyone who is asking about the disappearance of Peng Shuai out of tennis matches?

As the Daily Mail reported, it has “emerged Tennis Australia has a lucrative $100 million sponsorship deal with a Chinese liquor company”.

The deal is one of the biggest in the tournament's history, with the Open even renaming a Melbourne Park court 1573 Arena after one of Luzhou's signature products.

“The Australian Open tennis has the largest Chinese sponsorship deal in history,” Fordham said on his 2GB radio show on Monday.

“They don’t want to jeopardise the deal or the money.”

This is typical behaviour from the Chinese Communist Party.

As anyone in business knows, if you want to do business in China you can’t refer to Taiwan as Taiwan. You must refer to it as Chinese Taipei. You can’t recognise Tibet, let alone the sovereignty of East Turkestan. Now you can’t even ask about the whereabouts of a world-class Chinese tennis player at a tennis match.

Although weak, money-hungry and amoral corporates will respond by saying, “Australia is too small to stand up to the Chinese”, they couldn’t be more wrong.

After Scott Morrison called for an independent inquiry into COVID-19, the Chinese wet the bed.

They banned Aussie high-quality coking and thermal coal from entering their ports.

This led to a nationwide coal shortage.

The coal shortage led to higher energy prices and the deaths of hundreds of thousands – if not millions – in the colder region of Manchuria during the recent winter.

Chinese manufacturing output declined for the first time in years.

This occurred while the CCP was facing a housing crisis, credit crunch and rising political dissent.

It was a huge embarrassment for the entire party.

So, imagine if we put a tariff on our coal AND iron ore or refused to sell them anymore of our minerals until Xi Jinping proves that Peng Shuai, the Ughurs, the Christians and Tibetans are okay!

This is the power we have as the most mineral-rich nation per capita in the world.

It’s time we used it if we want to continue considering ourselves as a progressive nation that respects the rights bestowed upon all human beings at birth.

We can’t let weak, greedy and pathetic organisations like Tennis Australia drag us down to the CCP’s level.

It’s about as unAustralian as it gets…