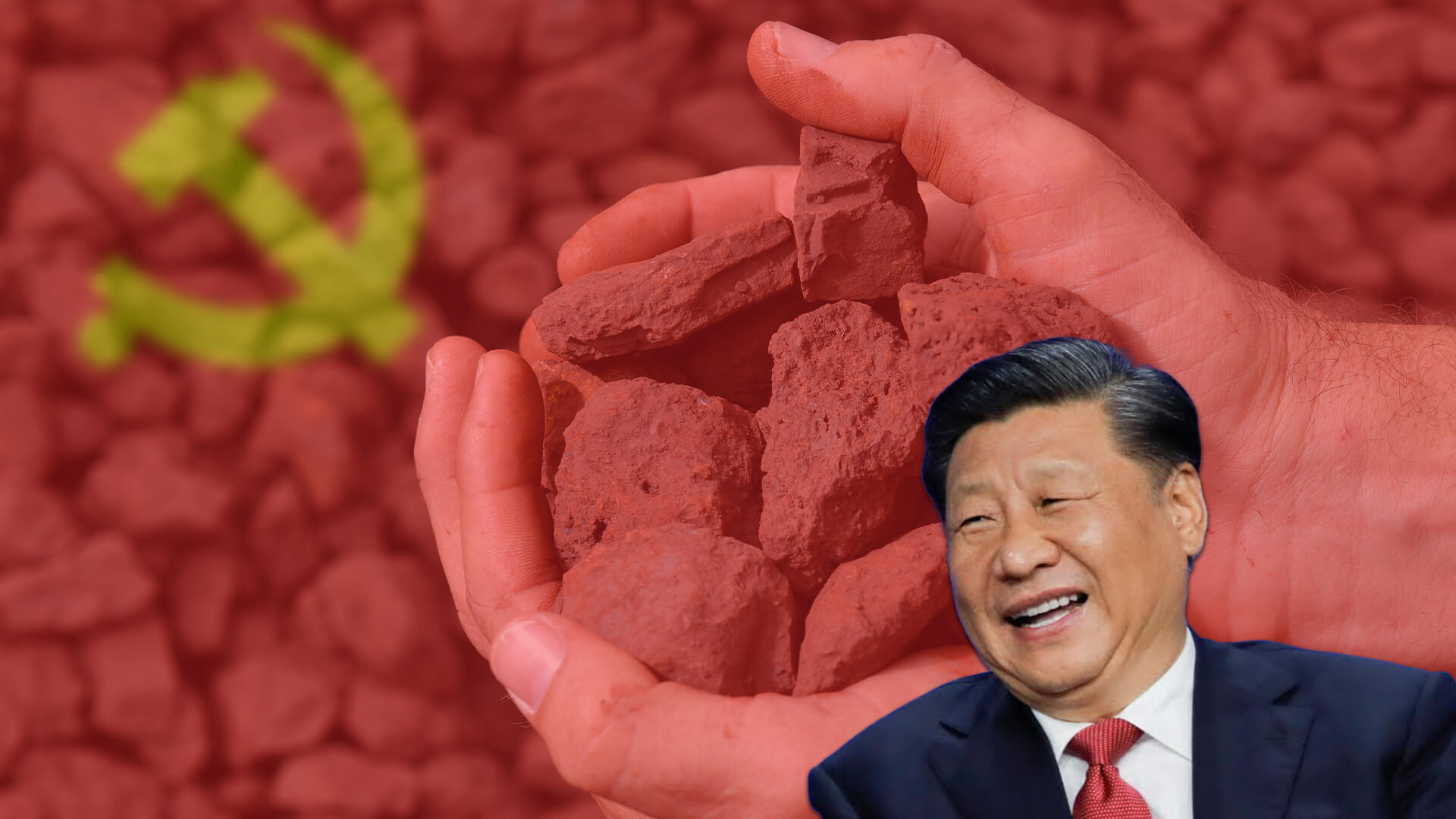 Who would’ve thought? Communist China is upset about the fundamentals of demand and supply economics!

This week, China’s National Development and Reform Commission and the State Administration for Market Regulation spooked Aussie iron ore exporters by accusing them of falsely fabricating prices to supposedly ramp up the critical commodity’s value.

The CCP said “related companies… should not fabricate or publish any false price information and should not up prices.”

According to Michael Shoebridge of the Australian Strategic Policy Institute, this is a desperate measure by the CCP to bring down iron ore prices – an essential and primary component of their world-dominating steel industry that produces over 57 per cent of the world supply.

“[China] knows it can’t directly control iron ore prices and that Chinese steel producers are in internal competition against each other to get the iron ore they want. That’s driving prices. Beijing also has no grounds for claiming the big iron ore producers are doing anything other than smart negotiations on prices,” Shoebridge said.

“This leaves Beijing trying to use levers, like pressure third party firms who report and predict prices as a way of putting pressure on the industry.”

This is by no means the first time China has tried to play silly-buggers and artificially reduce iron ore prices via state-sanctioned propaganda.

In May last year, China vowed to bring down the cost of iron ore because Australia was supposedly “profiteering” off excessive prices derived by a decrease in supply and increase in demand following a rapid recovery from the first wave of the COVID-19 induced economic slump.

Then in December, the CCP announced it plans to ramp up its own iron ore production so it can cut its reliance on Australia for good. Documents show Beijing wants to ramp up domestic production of iron ore by 30 per cent and throw money at overseas mines (largely in Africa) to increase China’s domination of the world’s iron ore supply chain from the top to the bottom.

How has this worked out for Xi’s regime?

The short answer is not how he would have liked.

According to Michael Shoebridge, “the good news for Australian iron ore producers is that China’s economy still has no large-scale alternatives to Australian supply”.

Even better, China’s attempt to pressure Australia into abiding by their dictates has failed miserably.

For instance, the Australian Treasury estimates that although the cost of Beijing’s sanctions on our barley, beef, timber, wheat, wine and wool cost $5.4 billion, at least $4.4 billion of that was recovered through finding new markets.

Although the naysayers declare otherwise, we have serious leverage over Beijing, and we’d be bloody idiots not to use it!

We have the world’s highest quality iron ore and coking coal – the key ingredients in China’s steel producing industries.

Without these minerals, there’s no chance China could continue producing the steel it needs to keep appeasing its increasingly materialistic middle class and rapidly expanding military industrial complex.

Without our high-quality thermal coal, the peasantry of China’s northern regions will freeze to death during the winter. Xi will be forced to continue rationing electricity, and factories will be shut down every time energy demand increases as temperatures plummet.

Even worse for China is the fact that their risky investments in African iron ore mines won’t come close to matching the supply and quality of our minerals.

This is why the Morrison Government should – as Senator Matt Canavan has proposed on multiple occasions – place a levy on our iron ore exports to China until they start respecting international law when it comes to the South China Sea and Hong Kong, and basic humanity when it comes to their Uyghur, Christian and Tibetan minorities.

Even better, the Morrison government must investigate Project Iron Boomerang – the nation-building infrastructure plan to connect our iron ore fields in the Pilbara with our coking coal fields in the Bowen Basin via railway so Australia can become a world-leading producer of first stage slab steel instead of sending our raw materials to the CCP for value-adding.

No longer can the story of our economy be: export our minerals resources at wholesale prices and buy them back refined at retail prices. We are losing too many jobs and too much money, productivity and tax revenue.

For the first time since Menzies and Chifley, this country needs politicians with vision and strength.

If we don’t get our act together soon, it will be too late to right the wrongs of the last half a century.