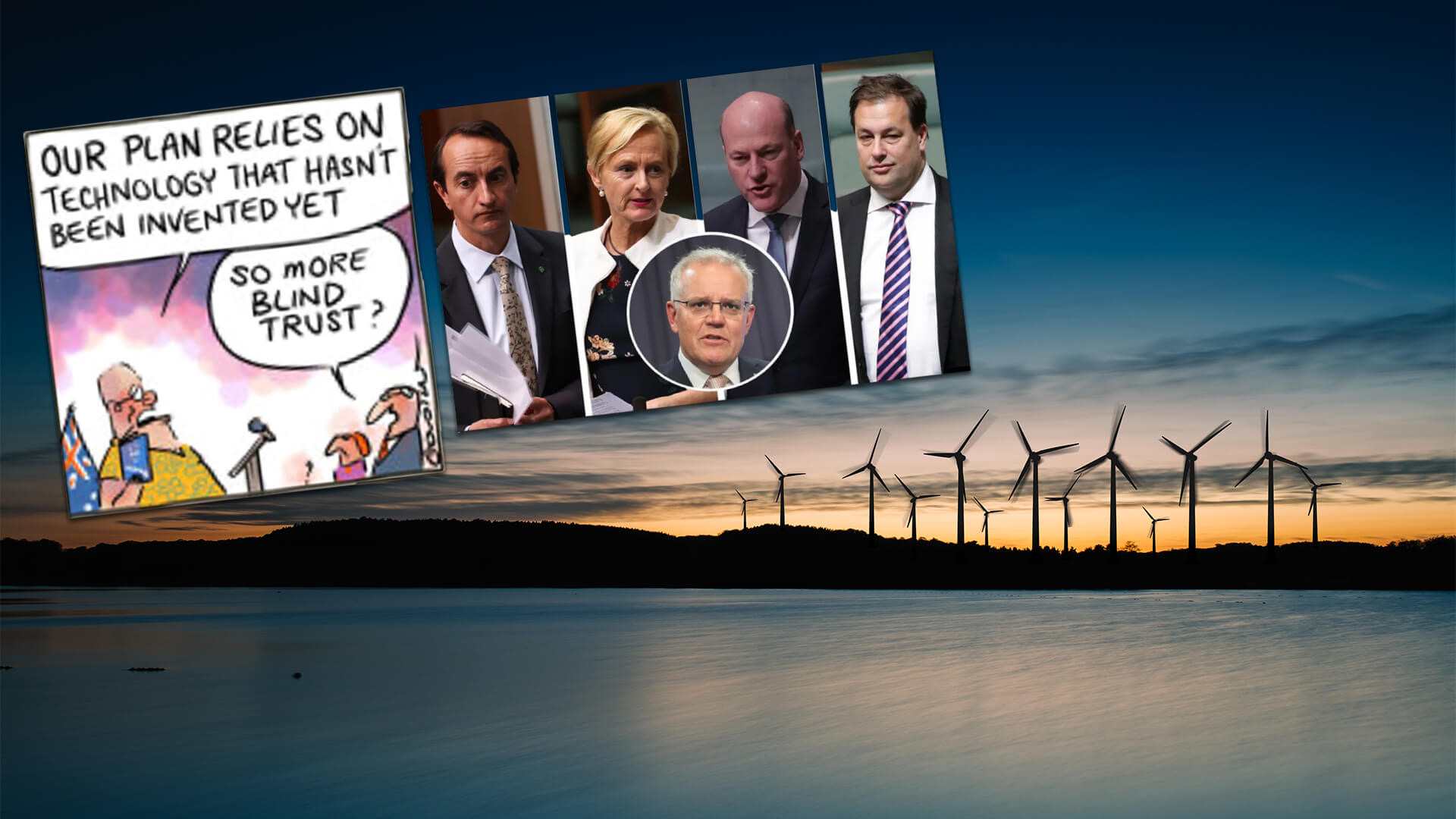 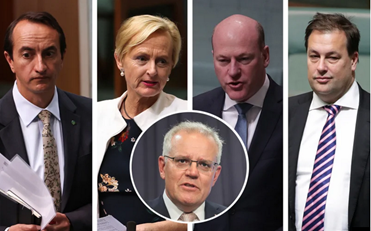 Before sleepy Joe Biden accidentally tripped into the White House last year, President Trump said, “I am never tired of winning, and as your president I will win for you: the American people”.

Well, ADVANCE is never tired of predicting the machinations of our political elites.

As we’ve been saying here for years now, there is an increasingly powerful “modern Liberal” cabal made up of unpopular hacks and spivs from inner-Sydney seats that’s hijacking the Coalition from the inside.

The Sydney Morning Herald was all over it like a rash this morning.

As reported by David Crowe, “secret Liberal group pushed for net zero to halt the Nationals…Liberal MPs were so concerned federal cabinet would cave to demands from the Nationals on climate change policy they formed a secret group to push Prime Minister Scott Morrison on the issue, raising the prospect of crossing the floor in Parliament.”’

Who were the culprits?

“The secret Liberal group” held weekly Zoom calls to coordinate their strategy on climate, hosted by Jason Falinski, the member for Mackellar in northern Sydney, before seeking the meeting with the Prime Minister through requests from Trent Zimmerman, the member for North Sydney, and Dave Sharma, the member for Wentworth in eastern Sydney.

You have likely lost the Coalition the next election. Hope you’re proud of yourselves.

Net zero emissions is a fraud.

Millions of Australians understand the entire vanity project is futile given China and India are building more than 150 coal-fired power plants, which will be fuelled by dirty, sulphur ridden coal from Indonesia.

We don’t trust your hyped-up claims about “king coal” and “big oil” being dead considering coal, oil and gas prices are at record highs thanks to a wind drought in Europe.

We know the United Nations has an agenda to deindustrialise the west and redistribute industry to the east so our national sovereignty is compromised by dependence on international supply chains – a danger warranting a new global government and monetary order.

We aren’t fooled by your billionaire mate, Twiggy Forrest. The bloke is responsible for sending hundreds of millions of tonnes of fairly low-quality iron ore to Chinese steel mills who care not for emissions, quality nor ensuring they don’t monopolise the international market.

We’re sick to death of your hubris.

Why on Earth should Australia put all its eggs in the unproven green hydrogen basket? Don’t get us wrong, there’s nothing wrong with innovation. But throwing billions of our money to more “experts” won’t do anything.

The US military had been funding the development of flying machines for years to no avail. However, it was the Wright Brothers tinkering away in their garage who came up with the first flying machine.

Then there’s the nuclear question.

Australia is responsible for a significant chunk of the world’s uranium exports. We mine it; we put it on trucks that drive through Adelaide to the port; and it’s loaded on ships destined for other nations who aren’t stupid enough to turn their back on the world’s only form of emissions-free baseload power.

However, the worst part is this: people like Dave Sharma, Trent Zimmerman and Jason Falinski won’t suffer any consequences for their betrayal of the electorate.

The elites of Bondi, Palm Beach and Kirribilli will continue voting Liberal, while those in western Sydney, southern Brisbane, northern Melbourne and regional Australia will turn to One Nation, Clive Palmer United and the Liberal Democrats.

Say goodbye to good Liberals who believe in small government, cheap energy and national sovereignty; they’ll suffer; the “modern Liberals” will fill the void, and Australia will be left with two major parties that are effectively different wings of the same bird.

As ADVANCE keeps saying these days, so much for democracy…