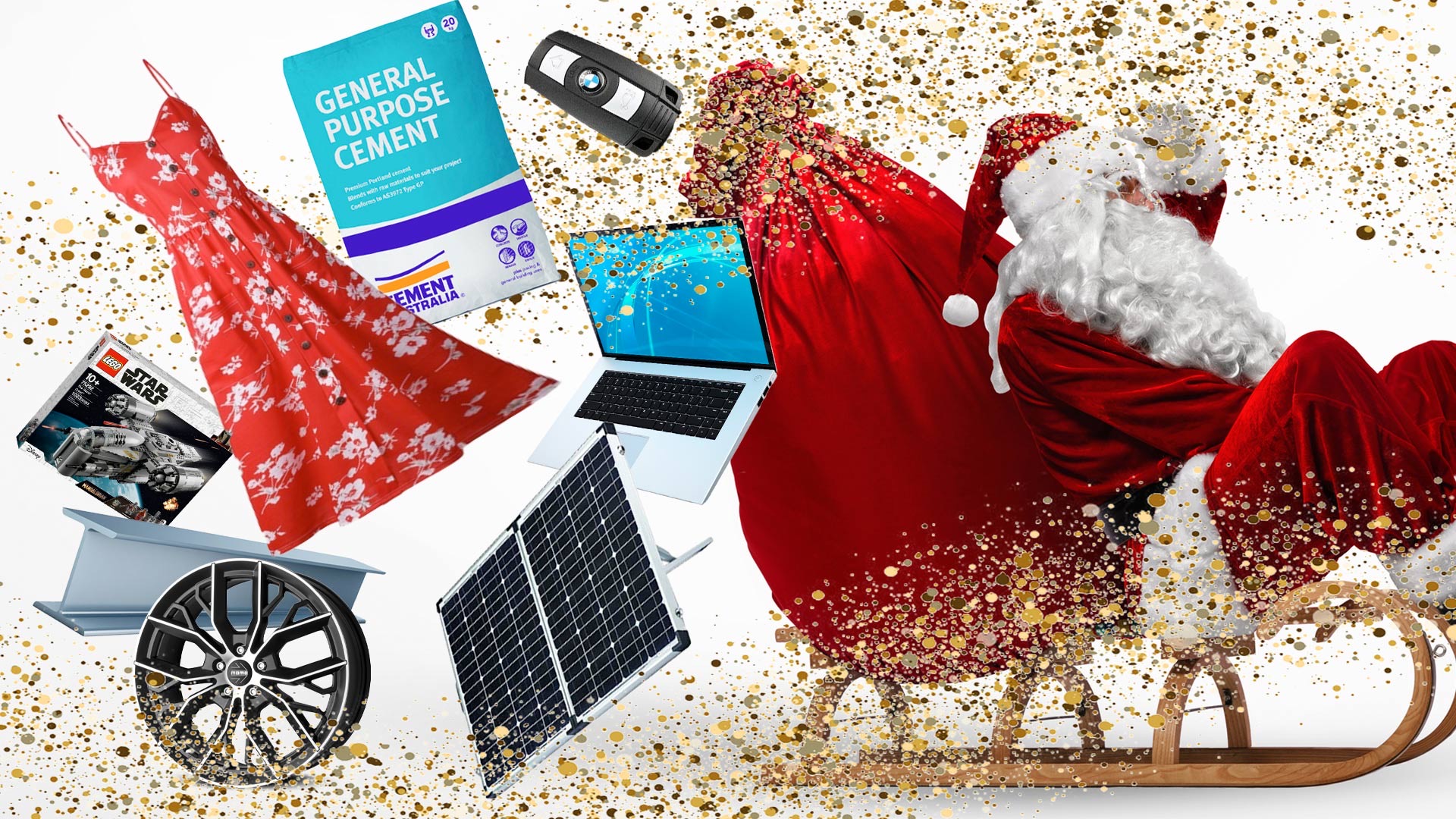 Consumers have lost touch with reality. In their minds, they eat meat without killing animals; they drive cars without mining for metals or drilling for oil; and they eat foods without impacting natural ecological systems. Extrapolating their surrealistic universe, a little further, maybe it's them who drive their government to print money without any backing.

Now Julian is back with a similar thesis. However, this time it’s in context of Christmas and the myth of Santa Claus that has captured the hearts and minds of our children for decades. ADVANCE and our 160,000+ supporters thank Julian for the exclusive account:

Just around the time children work out that Santa might not be real, Australia’s education system is ready to take over and add fresh mythology about where the dazzling array of products in modern life come from. In both cases it is pretty much out of thin air.

Santa Claus is portrayed as a lovely chap who has the help of elves in the North Pole. Of course, we learn later in geography that the North Pole has no continent. It's just a slab of ice. But soon after they crawl at Christmas time, we teach our children that material goods, anything you wish for, just magically appears, down the chimney and sourced from a floating frozen wasteland.

The North Pole myth doesn’t explain the raw materials, stockpiles, waste piles, and vast energy required to produce the most amazing array of products. In fact, the North Pole produces everything in the world there because there’s nothing you can’t get from Santa Claus!

Depending on how beguiling their parents are, kids usually work out that the Big Man doesn’t exist at varying ages. For some it's seven, for others it's eight or nine, even ten. Things just start to not add up – and then one of your siblings lets you in on the deal – it’s a story.

It seems right around this critical age the Australian school systems take over and do little to give the kids the real story. What is plastic made from? Gas and chlorine. What is steel made from? Iron, carbon and usually manganese. What are alloy wheels and alloy made of? Aluminium and magnesium. And where do we get each one of these materials? Pass. Nope, try asking high school kids any of these questions for yourself. They don’t know – even though Australia is a mining titan. These things might just as well have come ‘down the chimney’.

In what I gather is widespread, Australian teachers lead children to understand that mining is somewhere between wantonly destructive, just plain bad and even unnecessary. Probably some of the more science-based schools are more objective about it and can see that apart from driving the Australian economy, materials from the earth are the beginning of everything that’s made. The Santa Claus syndrome continues.

Certainly, for children the idea that you just have to wish for something and it comes from ‘somewhere’ or nowhere, gives them a really strong disconnect with the amazing science, the ingenuity and the astonishing symphony of activity that brings beautiful products to life whether its a remote control car or a synthetic Sherrin.

It's interesting that there’s no reference to the means of production in the myth of Santa Claus that we embrace at this time of year. We hear a lot about his wonderful and evidently unionised elf workforce – God knows how many hours those little elves work. There’s certainly no steel mills in the background, or copper refineries, or plastic plants, or ports or any of the realities that adults should know are required to make even one of those products, let alone all of the products in the world. No mention of displaced polar bears rummaging through the waste piles, or of scrap and recycle.

So, we encourage our kids to believe that stuff just comes from nowhere; literally. But by the time children go to school and have a lot of teachers who have a very negative view of mining when they do mention it, it’s hardly surprising that there is a sort of disillusionment, or at least an unwillingness to celebrate the miracles of Australia’s resource production.

Throughout the ages as we’ve developed our ability to make for example semiconductors (in every electronic device) where we use very small quantities of germanium, silicon and gallium. We’ve discovered more ways to use more of the periodic table. It’s been an absolute symphony of astonishing ingenuity. Its like a renaissance around materials. Renaissance suggests rebirth. But the birth of modern mankind has been around the ingenious use of materials. It is the greatest crowning achievement of our species. It defines human ingenuity. And yet with the Santa myth we give our children the impression that we don’t need materials, you just wish for it and it comes down the chimney.

Often our teachers have strong political filters and lack the experience or scientific wherewithal to understand the beauty of manufacture and how clever it is for humans to create products from raw materials, and so don’t teach this. The curriculum doesn’t help.

I think celebrating Christmas with stuff that ‘comes out of the sky’ is great, but what is much greater is celebrating production and the way free markets drive this amazing synergy between producers and consumers, and how the gifts really got there.

The thought that there’s a virtuous halo around the act of consumption and disregard or even demonising of the means of production is a very strange feature of our time. History will record that this was a very strange time when people detached their consumption from the production and from the rich ingenuity that went into it. “How did they ever think that?” they will say.

Maybe one day blockchain will reveal where every part of my Christmas BMW came from, the germanium in its diodes, the mine that produced that germanium, the explorer who discovered the orebody, the team that built the silicon chips, how much of the steel was recycled, which country the rubber for its tyres was grown in, and who mined the lithium in its batteries.

Then I can lie on the rug with my kids at Christmas and look up the real story. And inspire them!