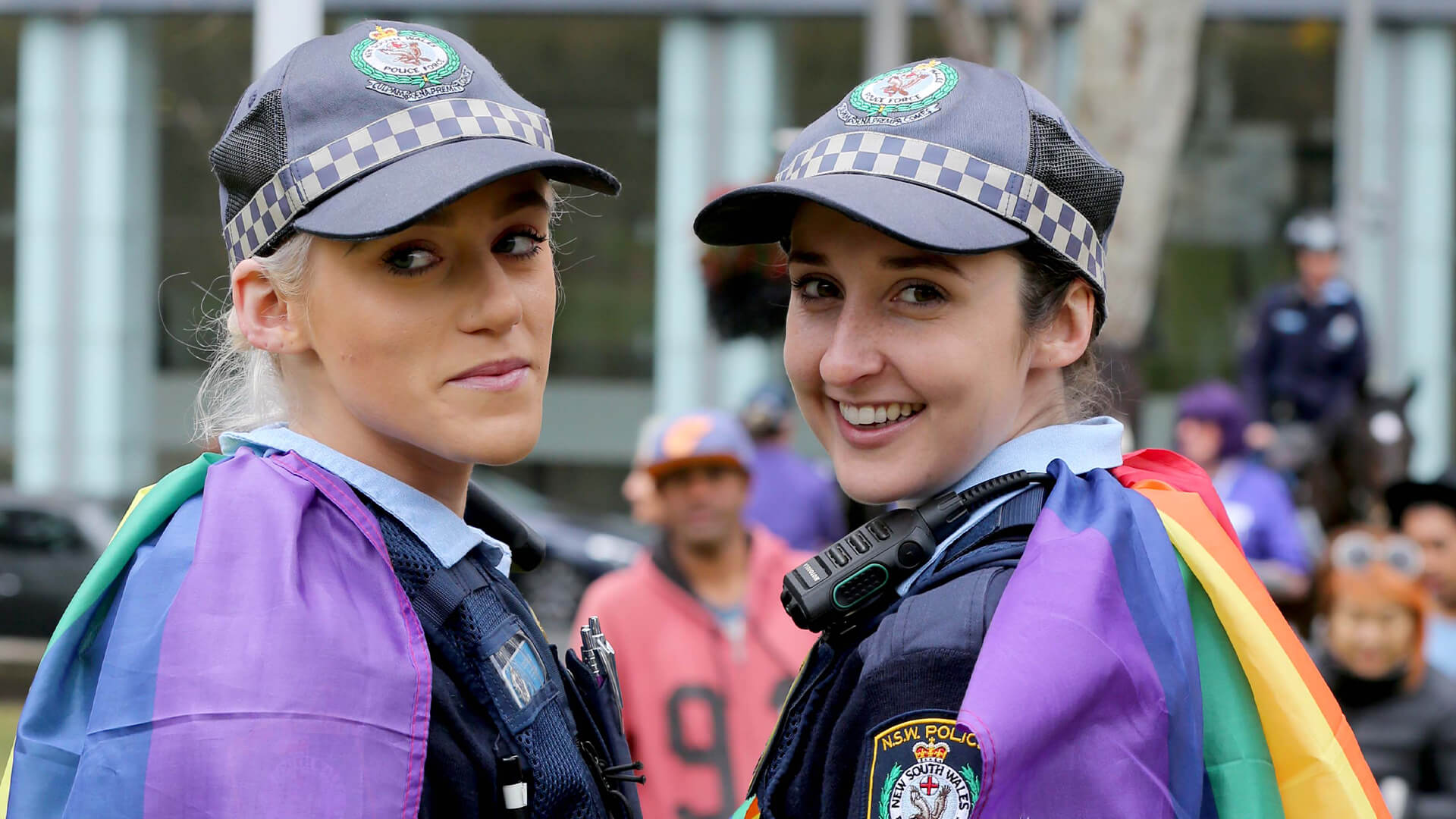 The New South Wales Police Force is a disgrace.

As reported by the Daily Telegraph, NSW Police plans to train 315 officers to become special Gay and Lesbian Liaison Officers for a huge World Pride event next year.

The NSW government has already sent 255 generalist officers to the special LGBTIQA+ training to become Gay and Lesbian Liaison Officers (GLLO) and plan to train up to 100 more this year.

The officers do the same core policing duties like other police officers but also “engage positively and support members of the LGBTIQA+ communities in NSW” … whatever that means.

Their training will include information about the “history of the relationship between police and LGBT communities, challenges and sensitivities”.

Another aspect of their role will be “to champion LGBTIQ inclusion at work and provide support to LGBTIQ staff”.

As the great Mark Latham said in response, “It’s identity politics in policing.”

Under questioning in parliament by Mr Latham, Police Minister Paul Toole said he aimed to have “at least 315 complete the training in preparation for Sydney World Pride 2023”.

Mr Toole told The Daily Telegraph it was “important to ensure the numbers of appropriately trained liaison officers across a range of areas are proportionate to community demand and the policing challenges our officers face.”

In response, Mr Latham said the numbers were “out of balance” and 12 for the elderly was inadequate.

“Three hundred and fifteen officers trained for LGBTIQ due for the Sydney World Pride next year, but only 12 for elderly and disabled people?” Mr Latham said.

“It’s almost 25 times more LGBTIQ officers than for the elderly and the disabled, then nothing for welfare recipients, public housing estates, remote and geographically remote people.

It seems that the gay and lesbian community are afforded extra special attention.

“I imagine domestic violence is a much bigger issue than public safety during the Sydney World Pride Festival next year.”

He said many LGBTIQ communities were concentrated in the inner city, not regional NSW, and featured high levels of employment and education, as well as strong political and media representation.

Mark Lathan is BANG ON.

The imbalance is profound, and quite frankly bizarre.

Why should people in same-sex relationships be given 25 times more specialised officers than our most vulnerable: the elderly and disabled?

Why are those in same-sex relationships always portrayed as being oppressed when they are concentrated in the inner city, often have high-paying jobs and are represented in politics and the media perhaps more than any other “minority group”?

And why aren’t the typical activists up in arms about this gross imbalance given domestic violence and sexual violence rates are rising?

We look forward to hearing a response from NSW Police.