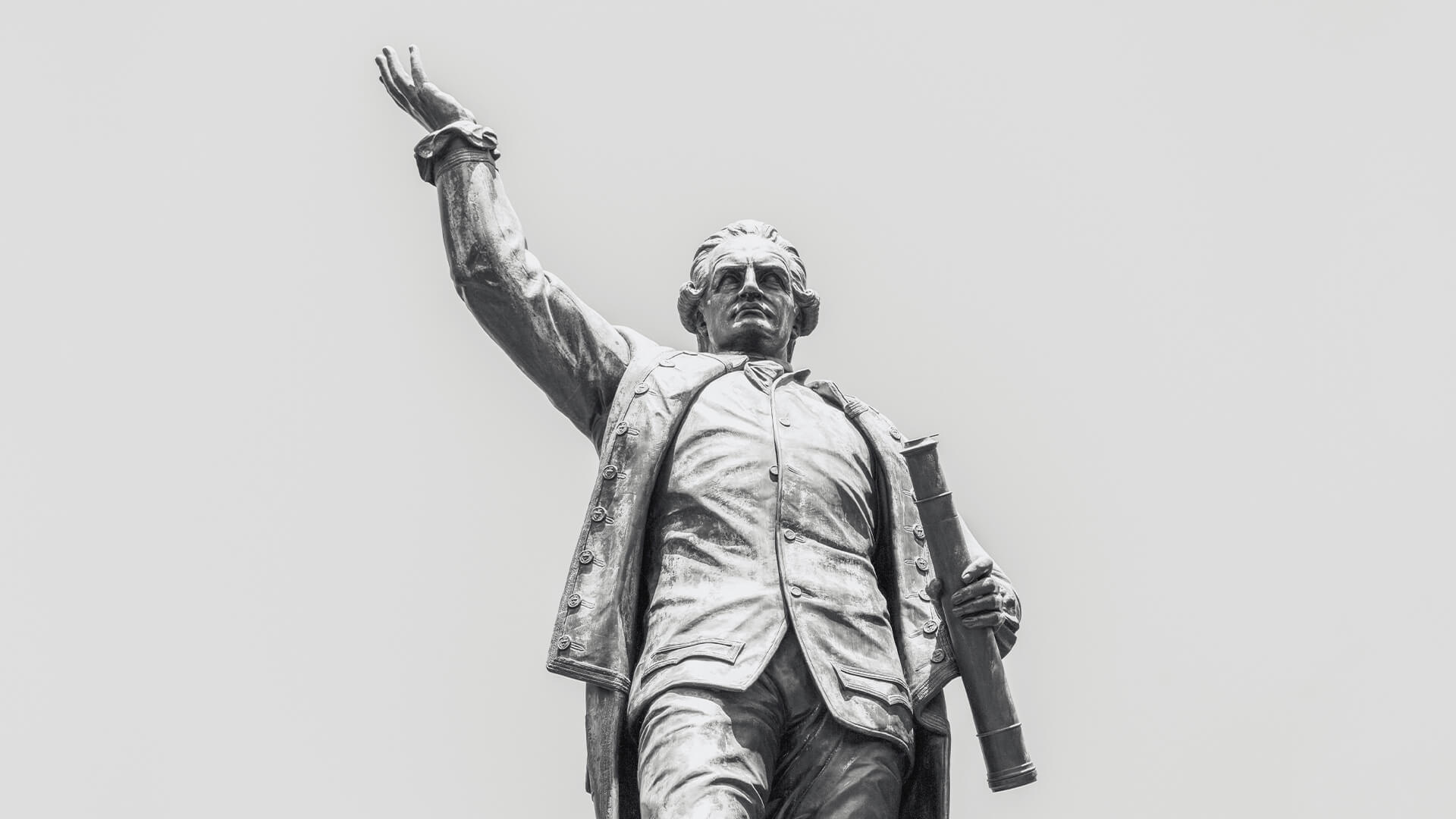 As reported this morning, Captain James Cook’s ship Endeavour was found at the bottom of the ocean off Rhode Island this week 240 years after it sank.

Although Cook wasn’t on the Endeavour at the time of it’s sinking (given he was murdered by Hawaiian natives a few years before), ADVANCE thought it was worth reflecting on the man and the values he held while charting the far-flung lands of Australia and the South Pacific. For further information read this brilliant article by Dr Christopher Heathcote from Quadrant Magazine.

First, Cook issued guidelines for trade. He formally read these rules out to his crew, saying they must “endeavour by all proper means to cultivate a friendship with the Natives, by showing them every kind civility and regard”.

Unauthorised barter incurred a flogging, as also did trading supplies from the ships’ stores, or swapping nails for anything other than fresh provisions.

Cook abhorred any effort to trick or exploit natives: “It has ever been a maxim with me to punish the least crimes of any of my people committed against these uncivilised Nations,” he wrote. “Their robbing us with impunity is by no means a sufficient reason why we should treat them in the same manner.”

This is why Cook formally noted a violation of direct instructions in the ship’s journal when Lieutenant Gore shot at a native over a trading dispute, Cook insisting, “[We] know how to Chastise Trifling faults like this without taking away their lives.”

You don’t hear about any of this on the ABC, do you?

Next, Cook stood up for native women who were often forced by male relatives or tribal chiefs to have intercourse with visitors. After being alerted to several men contracting venereal diseases, Cook forbade them from further relations with native women on the third voyage. One young sailor disobeyed. He was humiliated, flogged, then confined to the ship for the rest of its stay at the island.

Then there was theft. Polynesians tried to steal whatever took their fancy, from items of clothing to maritime hardware, even astronomical instruments. Younger males treated theft as a sport, stealing metal buttons and buckles from marines who dozed off when standing guard on deck at night.

Although important items such as a half-hour glass timer used to calculate speed were stolen, Cook accepted thefts mostly with a stoic resignation. On one occasion at Tahiti when he spent the night in a tent, he placed his stockings beneath his pillow, believing them secure under his head. Upon waking the next morning, Cook was amused to find his stockings gone.

To the surprise of many naïve Westerners, natives tried to involve Cook in their tribal disputes. In Polynesia, he rebuffed occasional requests for violent intervention. Seemingly peaceful natives would ask him to kill tribal adversaries. This distressed Cook on his last visit to Queen Charlotte Sound, when over ten days a sequence of affable Maoris pressed him to execute Kahura:

“If I followed the advice of all our pretended friends I might have extirpated the whole race, for the people of each Hamlet or village by turns applyed to me to distroy the other, a very striking proof of the divided state in which they live.”

In New Zealand, Cook had his sailors rowed towards two native canoes, intending to come alongside and “by good treatment and presents endeavour to gain their friendship”. After shooting a musket in the air to try grab their attention, the Maoris attacked the boat. Three youths tried to swim off, but the sailors pulled them from the water. The natives were terrified that the strangers were cannibals. Taken aboard the Endeavour, they were given gifts, clothing, food, “and to the surprise of every body became at once as cheerful and as merry as if they had been with their own friends”.

Although there are countless other stories that make our point, we’ll leave it to the professionals like Dr Christopher Heathcote to explain.

The short point is Captain James Cook is a man all Australians should be proud of.

He was a man who was placed in most extraordinary circumstances and yet still managed to maintain the Christian humanitarianism he was ordered by his superiors back home to display.

With the discovery of his sunken ship Endeavour 240 years after it met its watery grave, ADVANCE encourages our readers to share these stories with your children and grandchildren who are no doubt being taught Cook was a blood-thirsty colonial savage at school and university…