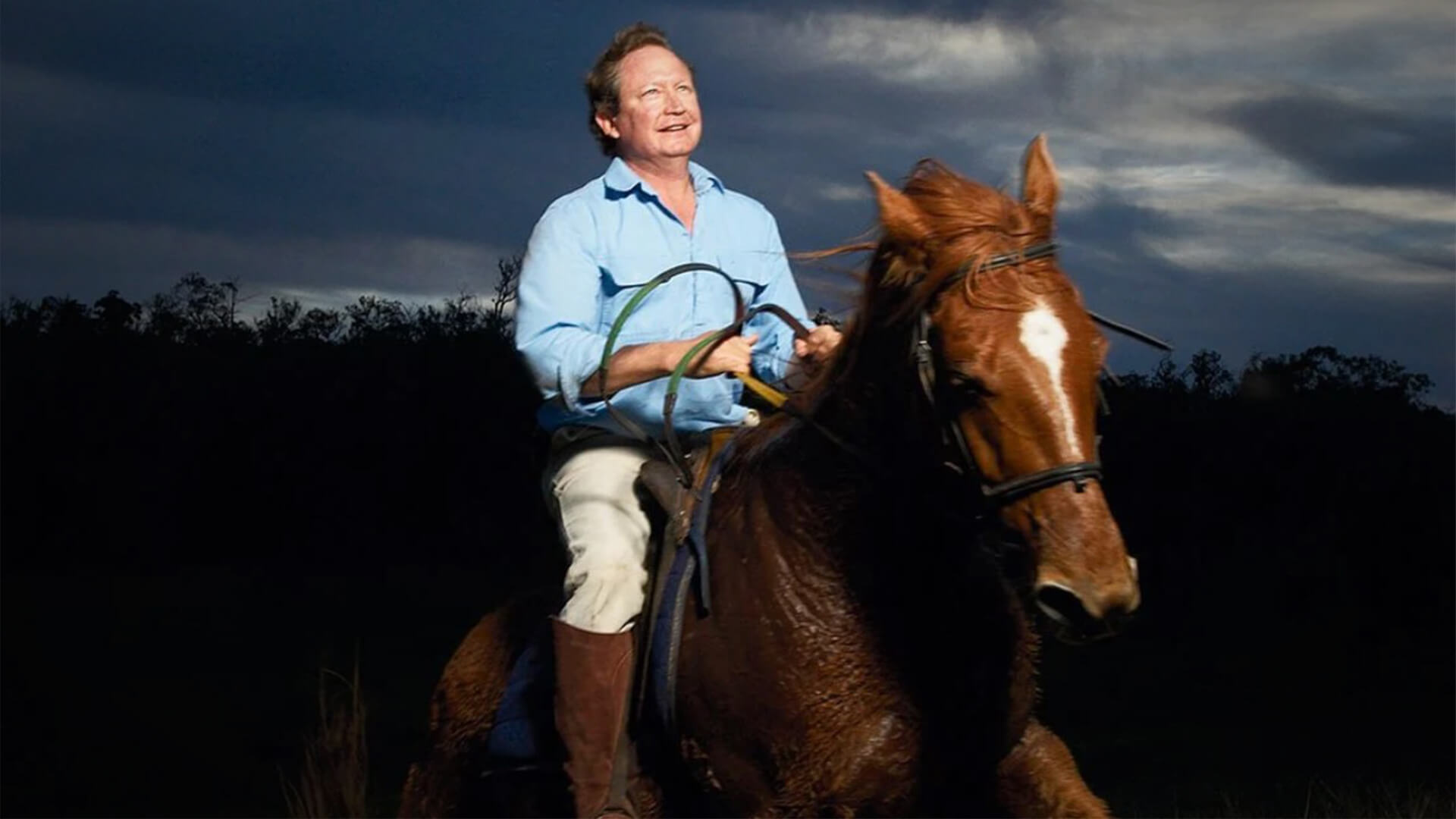 Joe Aston at the Australian Financial Review is making life difficult for Twiggy Forrest at the moment and it’s bloody brilliant to see.

After criticising Twiggy last week for “consistently burnishing his green saviour complex while skimming over the plain fact his entire fortune is the product of massive pollution”, today Aston alleged the iron ore billionaire’s path to “decarbonisation” is contingent upon slave labour.

According to Aston, Fortescue Metals Group – of which Twiggy owns 30 per cent – has “pledged to decarbonise by 2030” via a number of different initiatives including the dream of establishing a competitive Australian “green hydrogen steel” industry.

However, more current to his obsession with climate change is the new Commonwealth-supported hybrid gas, solar and battery storage power plant that’s set to go live in the next coming months to offset emissions from his Cloudbreak and Christmas Creek mines.

“There’s one unfortunate wrinkle”, as Aston put it.

It turns out the solar panels at the plant are manufactured by LONGi, “a Chinese company whose supply chain has established links to slave labour”.

“According to the Helena Kennedy Centre for International Justice at Sheffield Hallam University, much of the polysilicon in LONGi’s panels ultimately comes from Hoshine Silicon Industry Co Ltd, which US Customs and Border Protection slapped with import restrictions in June over its use of Uyghur forced labour,” Aston contends.

“The entire ground surface of this massive facility is now carpeted in human subjugation.”

All while, only mere months ago, newspapers across the country reported Forrest’s Fortescue would devote itself to “turn(ing) itself inside out looking for any signs of forced labour” in its supply chain.

On the website of his daughter’s “human rights organisation” that’s dedicated to “ending modern slavery” – called Walk Free – Twiggy said, “it’s one thing to know about a terrible problem and not be able to fix it; it is another to know about the problem and have the means to do something about it.”

As if it couldn’t get any worse, in his third Boyer lecture earlier this year, Forrest revealed that “I personally told our suppliers that I would barbecue them if they hid any evidence” of forced labour.

Twiggy mate – are you greasing up your emissions-free barbeque with vegan butter yet?

Will you be turning up the heat on Fortescue CEO Elizabeth Gaines for dismissing these revelations by conceding that “the use of polysilicon in solar panels that may be sourced from China’s Xinjiang region is a challenge facing all businesses looking to transition to renewable energy”?

Or how about giving back the money the taxpayer gave you to get this project off the ground given most Australians would be disgusted knowing they’ve supported such evil?

You wouldn’t want to compromise our human rights record would you, Twiggy…?

At the end of the day, none of this should be surprising to anyone who has been following this bloke and his green activism over the last few years.

Let’s hope he’s so upset about this latest affair he begins barging into the press conferences of Chinese Communist Party officials with Matt Canavan to make our case against Uyghur slave labour in the production of “renewable energy” crystal clear.

Maybe when pigs fly and the CCP goes net-zero…