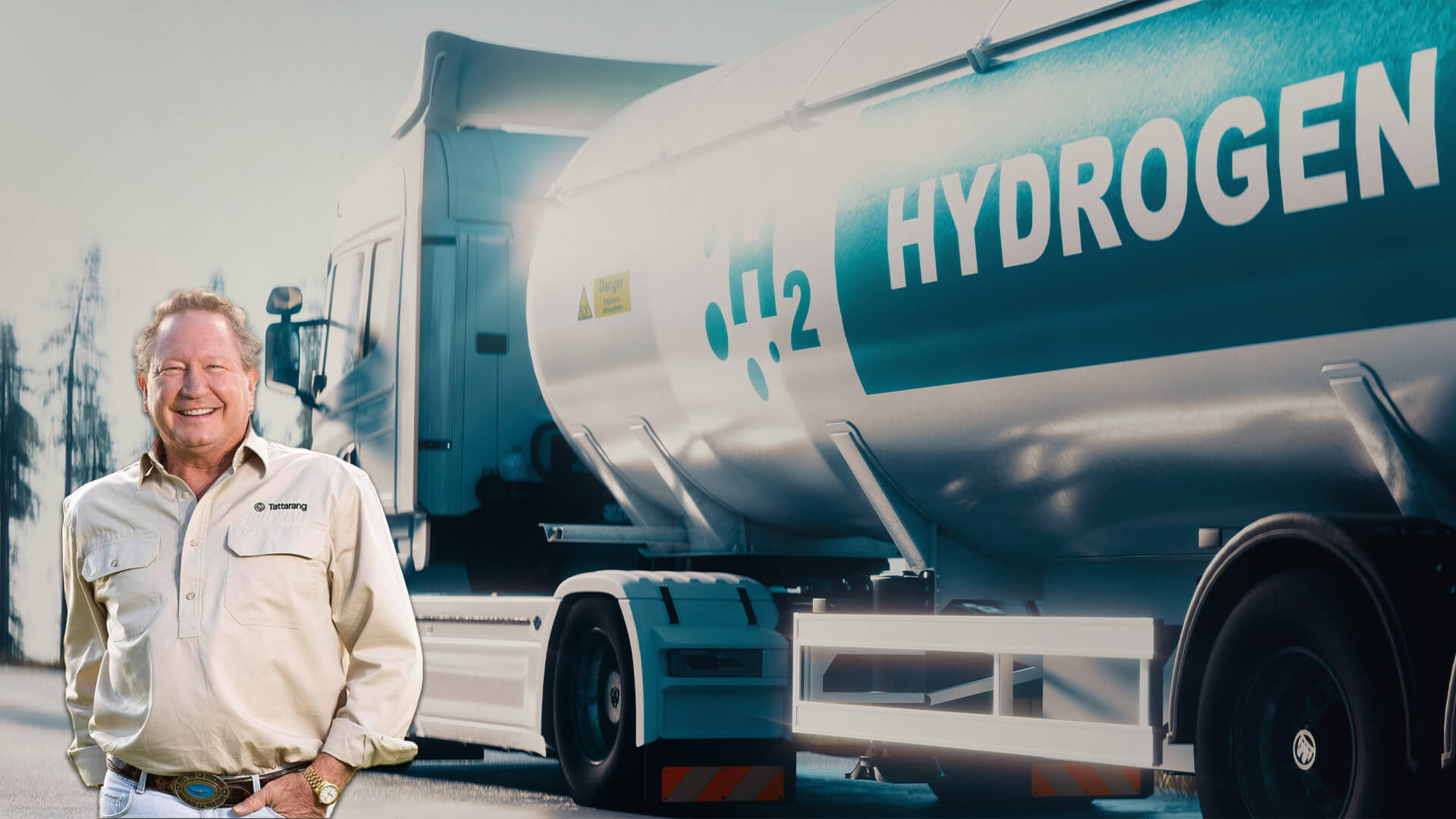 He made his fortune by selling iron ore to the coal-powered blast furnaces of the Chinese Communist Party.

His company Fortescue Future Industries – a subsidiary of Fortescue Metals Group – relies on media hype about pie-in-the-sky green pipedreams and alarmist rhetoric about the sky falling in due to climate change.

And just like Aussie consumers and manufacturers who’ve faced skyrocketing energy bills after the we began transitioning to weather-dependent, Chinese-made renewables, Twiggy’s poor shareholders are set to face a rude shock once reality sets in.

This is what The Australian newspaper’s resource writer Nick Evans meant when he said, “it’s high time the ASX applied the same standards to Fortescue Metals as it does across the rest of the market”.

“Fortescue’s disclosure habits around its green energy arm, Fortescue Future Industries, have gone past the point of being a bad joke,” he wrote.

“Their cumulative effect has distorted the market for Fortescue shares and regulators should subject the company to far greater scrutiny.

“Last year The Australian calculated the capital spending needed to make good on even a small portion of the green hydrogen projects Fortescue was studying. The figure was a hair-raising $US145.5bn.”

According to their analysts, Twiggy’s PR blitz has been worth about $15.6bn to Fortescue’s market valuation. They believe Fortescue’s share value has broken its long-term association with the iron ore price.

“In the last three months Fortescue shares are up 46 per cent, with benchmark iron ore up 8 per cent and iron ore peers up about 6 per cent on average. Iron ore prices alone can’t explain the outperformance,” Citi said.

Even worse, Forrest has doubled the number of Fortescue shareholders over the past year, to about 70,000, as a sign of market support for FFI.

In reality, that suggests that large institutional shareholders have been selling stock to smaller shareholders, who may lack the resources to assess the risks posed by Fortescue’s green transformation.

As Evans said, “Fortescue Future Industries has added more than $15bn to Fortescue’s market valuation without disclosing a single hard number about how it expects to make money from hydrogen.”

Twiggy’s shallow green activism has inflated his iron ore company’s share price by saying he can save the planet with unproven hydrogen technology.

To quote Joe Aston’s final column at the Australian Financial Review for 2021, “as we’ve previously noted about Andrew Forrest, there is only gossamer between a visionary and a madman”.

“Forrest’s plan to save the world by turning Fortescue Metals into the world’s largest producer of green hydrogen energy, which doesn’t exist today, is right out there on the fringes of plausible aspiration,” he said.

“The Fortescue founder announced more than $200 billion of projects in developing countries with no committed funding and no regulatory or planning approvals. Then he announced the sale of the non-existent energy from these potential projects to customers who’ve signed nothing but a press release.

“Unveiling things that don’t exist is all Forrest has actually done thus far. But every major Australian news outlet treated this story like a Mars landing. The coverage was completely disproportionate in its prominence and delinquent in its credulity.

“Incidentally, the very same voices condemning the Morrison government’s net zero 2050 emissions commitment for its lack of detail found no fault with Forrest’s invisible road map towards his hydrogen vibe.

“Meanwhile, in 2021, Fortescue Metals Group (of which Forrest owns 30 per cent) increased its direct carbon emissions by 8 per cent to 2 million tonnes and increased its consumption of diesel fuel by 9 per cent to 700 million litres.

“So, Forrest’s $27 billion fortune is the product of immense pollution and better yet, his carbon footprint is getting worse, not better.

“Someone paint that on a London bus.”