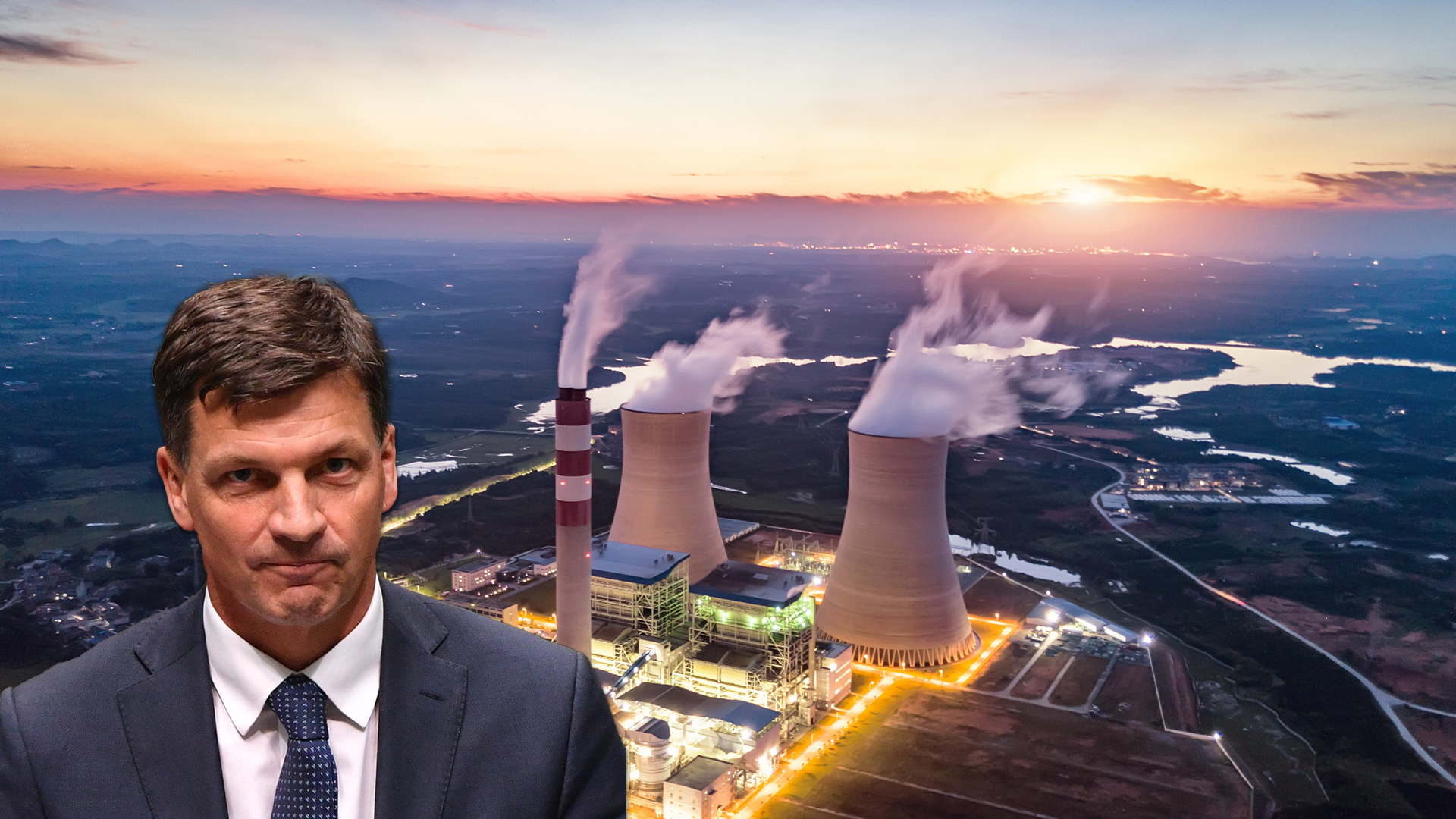 Angus Taylor is a smart guy. There’s no doubt about it.

He attended the prestigious Oxford University in the United Kingdom as a Rhodes Scholar. He worked as a partner at world-renowned consulting firms McKinsey and Port Jackson. And now he’s found himself with one of the most important portfolios in the government: energy.

What does Taylor believe when it comes to this critical aspect of government?

He understands energy prices are at record highs compared to the prices manufacturers enjoyed in the 1980s. He knows weather-dependent, Chinese-made solar panels and wind turbines can’t underwrite an industrial economy. And he’s aware that coal, gas and nuclear power is the best way to lower costs and increase grid stability.

Unfortunately, however, we haven’t seen a lot of action from Angus and his team.

Although Taylor announced a modest $600 million investment in a new gas-fired power plant for Kurri Kurri – a town nestled in one of the world’s largest thermal coal basins – he hasn’t built any new large-scale coal-fired power plants to replace our current ageing assets.

Even worse, he has refused to legalise nuclear energy while his British counterpart – Secretary of State for Energy Kwasi Kwarteng - has backed it like never before.

“In light of high global gas prices, we need to ensure Britain’s electricity grid of the future is bolstered by reliable and affordable nuclear power that’s generated in this country.

That’s what we call leadership, Angus!

Get on with it and legalise nuclear energy once and for all.

As ADVANCE has reported repeatedly, Australia is the BEST country in the world to produce nuclear power.

Australia has more uranium than any other country on Earth:

Australia has 30 per cent of the world’s uranium deposits with 1.8 million tonnes, well over double the reserves of the second most uranium-rich nation, Kazakhstan. In fact, in 2019-20 Australia exported $688 million worth of uranium – enough to generate 290 terawatt hours or 109 per cent of Australia’s domestic energy needs.

Removing the ban on nuclear only takes the flick of a pen:

The government can follow the lead of the Minerals Council, which found that the “nuclear ban can be reversed with a single amendment to the Environment Protection and Biodiversity Conservation Act 1999 (Commonwealth). The removal of four words – ‘a nuclear power plant’ – in Section 140A(1)(b) would allow nuclear industries to be considered for development in Australia.”

One golf ball worth of uranium will provide all the energy needs in a person’s lifetime compared with 17,000 cubic feet of natural gas, one tonne of coal or 120 gallons of oil.

Nuclear is better for the environment:

Over the last decade, Australia’s energy costs have doubled, driving up cost of living and killing our manufacturing. In Europe it's clear that those nations which produce most of their power from nuclear, such as France and Slovakia, have much cheaper power than those that rely on intermittent renewables, such as Germany and Denmark.

Small modular reactors are now small enough to be delivered by truck and can power a decentralised grid. Each mini plant can power around one million homes, perfect for Australia’s towns and regions. Britain has recognised as much, after announcing it will back Rolls-Royce mini nuclear plants in its drive to net zero.

Nuclear power is the most reliable energy source:

The capacity factor of nuclear energy is far higher than any other form of energy. They require less maintenance and less refusing. For example, while wind and solar only produce power 35 per cent and 30 per cent of the time, respectively, nuclear produces power 93 per cent of the time.

Nuclear power is one of the safest energy sources around:

Compared to coal, oil, gas and biomass, nuclear boasts far lower death rates. Although anti-nuclear activists tend to use examples like Chernobyl or Fukushima to discredit nuclear energy, Chernobyl was caused by abysmal safety procedures unique to the Soviet Union, while Fukushima was a product of Japan’s questionable decision to put a nuclear plant on the coast of one of the world’s most volatile tectonic fault lines.

Nuclear waste is not an issue:

On average, the waste from a reactor supplying a person’s electricity needs for a year would be about the size of a brick. Only 5 grams of this is high-level waste about the same weight as a sheet of paper and can be safely stored in steel containers encased in concrete.

Get on with it, Angus or give us a reason why we can’t follow the lead of our mates in Britain!