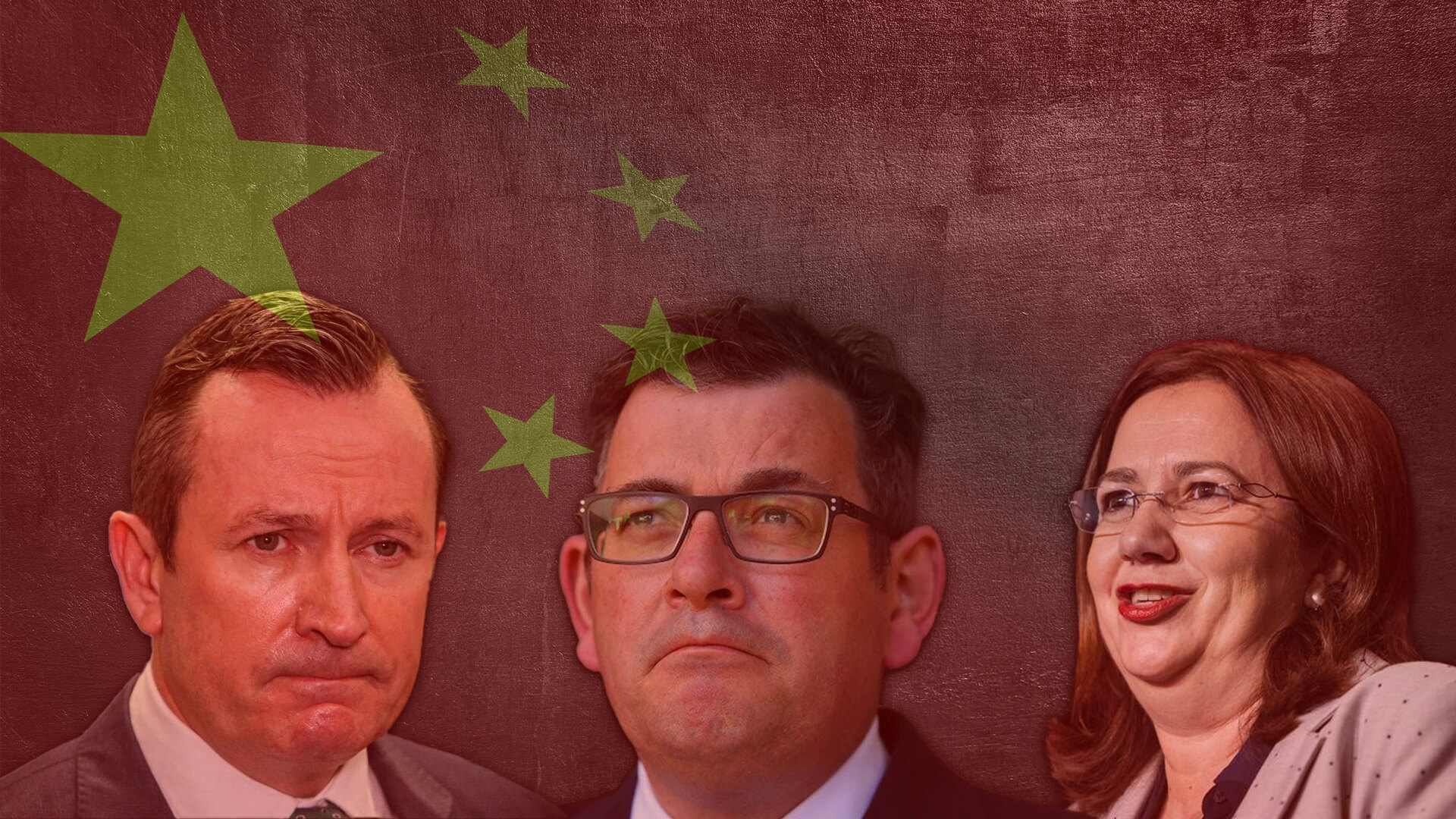 If you can’t smell a rat when it comes to the cushy relations between Labor and the Chinese Communist Party, then get your bloody nose tested!

This week it’s been revealed that NSW Labor leader Chris Minns travelled to China in 2015 as a special guest of the Communist Government.

The trip was partly funded by exiled Chinese billionaire, Huang Xiangmo – the bloke who owes the ATO $140 million, delivered $100,000 cash in an Aldi Bag to Labor Party Headquarters in 2015, caused the downfall of Sam Dastyari’s political career, and was eventually booted from Australia after ASIO concluded he was attempting to influence our political system.

When Minns returned to Australia, he gave his maiden speech to parliament and called for every NSW student from Kindergarten to Year 12 to be taught Mandarin.

Given the current state of our education system it’s unclear whether every student from Kindergarten to Year 12 is properly taught English, let alone Mandarin.

Next on the list of Labor leaders with questionable relationships with the ruthless Chinese government is – of course – Dictator Dan Andrews.

In 2021, the Morrison government was forced to veto Dictator Dan’s move to sign Victoria up to China’s Belt and Road Initiative – a key tenet of Xi Jinping’s strategy of spreading soft power and lulling smaller nations into reliance on their infrastructure, credit and critical supply chains.

Andrews even agreed to share information and help promote Chinese companies to win work in major state projects under a deal it kept secret since 2017 until it was leaked late last year.

Although some Labor party apologists defended Andrews by claiming it was Victoria’s public service who brokered these deals, the Herald has revealed that “Andrews ran the show out of his own office and department” when it came to the Belt and Road agreement with Beijing.

In fact, “the deal was kept a closely guarded affair” and “senior officials in Victoria’s jobs department waited to be called upon… (and yet) the call never came”.

What are you hiding, Dan?

For instance, when Defence Minister Peter Dutton and his colleagues returned fire in a war of words the CCP started with the Morrison government, McGowan labelled them “insane” and “off the planet”. In response, Beijing backed McGowan’s “constructive” criticism of the Morrison government’s China policy they claim is grounded in a “Cold War mentality and ideological bias”.

After the Prime Minister said Australia must “push back against coercion to maintain our sovereignty” following China’s decision to slap tariffs on Aussie exports, McGowan said “I don't understand it, why he would be doing that. You don't support the nation unless you have customers, and our biggest customer is China. I just think we need to be very careful in relation to our language”.

Rack off, mate! If we keep letting China bully us into submission every time we stand up to their increasing belligerence, Xi’s regime will be our only customer … and as every small business knows, when you only have one customer, you’re an employee not a business!

A few years ago, Palaszczuk leased Keswick Island to a Chinese company for 99 years, and the consequences have been profound.

The company has closed access to the island’s beaches, set up fences to prevent access to national parkland and banned short term accommodation and rentals on the island. Security guards roam around the island all day and night. A turtle nest was destroyed because of beach grading and land clearing to make way for a new boat and trailer parking area. Coral has become “smothered in sediment”. And just last week, four children were intimidated after a staff member at the island screamed at them for snorkelling off one of the beaches on Australia Day.

How un-Australian is that?

Even little old Tasmania has seen the impact of Labor’s soft stance on China. Back when Labor ran the state ten years ago, a Chinese government-owned company’s cameras began watching over Tasmanian MPs in their parliamentary offices even though the US banned the company for its role in creating an all-seeing surveillance system designed to crush internal dissent.

Although we’re beginning to sound like a broken record here at ADVANCE, we must keep saying it: vote Labor, get Greens…and perhaps a sprinkling of the Chinese Communist Party on top.