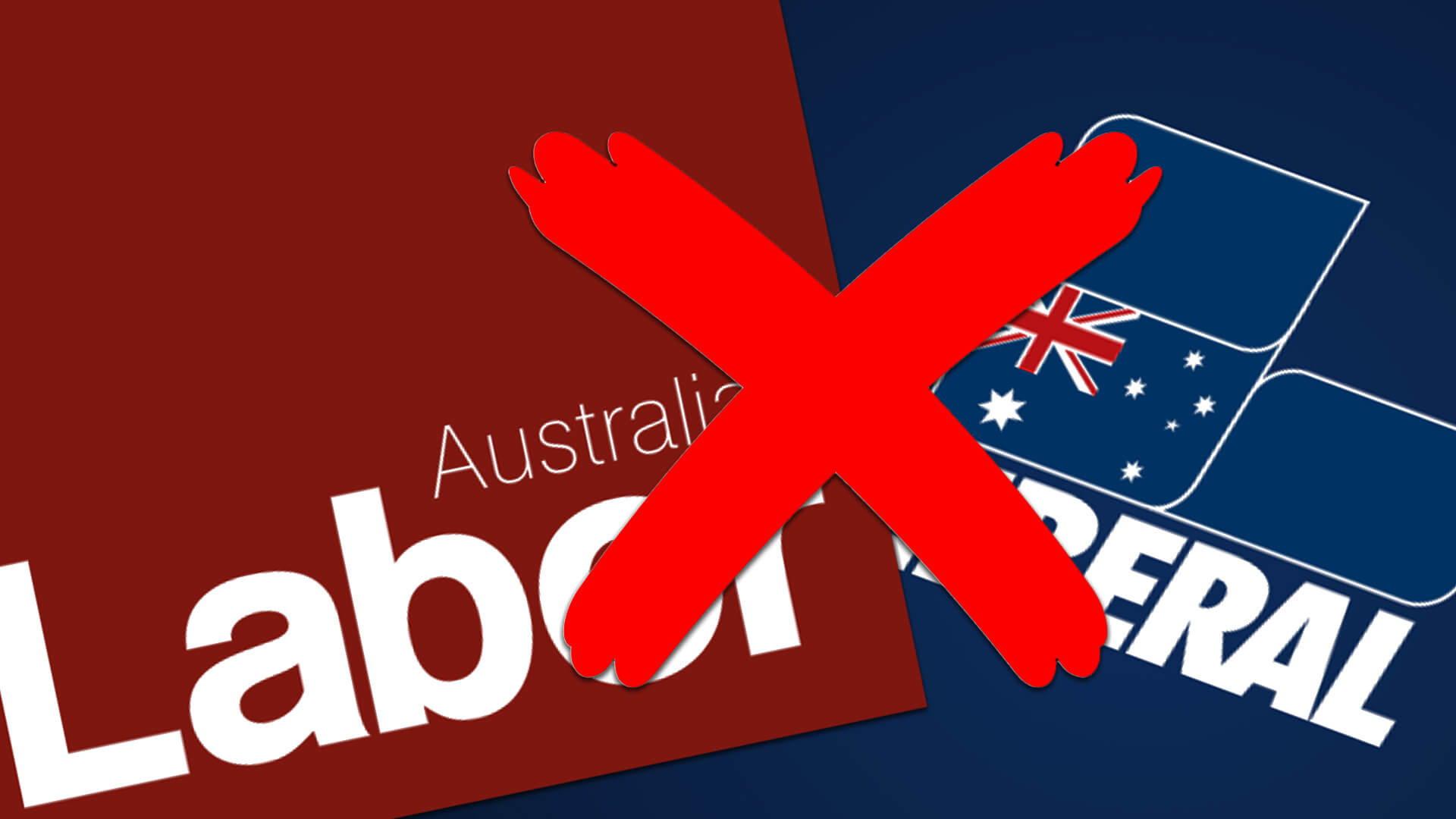 There’s something special happening within western democracies at the moment, and the two major parties should be trembling with fear.

Everyday, more and more Australians, Americans, British and Europeans are turning away from the mainstream centre-right and centre-left parties that have dominated the scene since the end of the Cold War.

It’s simple: they can no longer be trusted.

The age of the statesman is over. Today it’s the age of the hack, spiv and sycophant because the majority of those who succeed in politics have never worked a day outside of politics.

They’ve been suckling at the teat of the taxpayer since they began growing facial hair.

They all follow the same clear-cut career path, i.e. start out as an electorate officer; control a party branch or two via stacking and/or excluding free thinkers; become an adviser to a backbencher; enjoy appointments onto party state executive boards; get a promotion into a ministerial office; eventually run for preselection and away you go.

They think they can fool the people with their sweet-sounding euphemisms about “technology not taxes”, “hydrogen hubs” and the “new normal” while our energy prices increase by over 100 per cent in a decade, our manufacturing industry is being gutted, and the Chinese operate thousands of coal-fired power plants so they can produce the wind turbines and solar panels we import.

Even worse is the disgusting betrayal major parties have inflicted upon voters, with the clear example being the fact Scott Morrison was voted in on the basis he would not commit to net zero emissions.

Two years later, the man is flying to Glasgow on our military aircraft to hobnob with sleepy Joe Biden, Boris “blah blah blah” Johnson and creepy billionaires who talk to trees ranging from Prince Charles to Jeff Bezos and of course, Bill Gates.

However, the push back is coming.

We saw it with Trump in 2016. We saw it with BREXIT. We’re seeing it in eastern Europe. And although we saw it at the 2019 election when Scott Morrison won after being tipped to lose in a landslide, the pushback is only getting stronger.

For example, pollster Redbridge has identified a significant swing away from the federal government across the three federal electorates in Western Sydney, with the government losing most of its 2019 support to Clive Palmer’s United Australia Party.

Yesterday, Virginia saw Republican and Trump loyalist, Glenn Youngkin, elected as Virginia's next governor in a major upset. During his victory speech, Youngkin declared he “works in real-people-time, not government-time”.

Even more surprising was what happened in New Jersey this week.

As of this morning, Edward Durr, a Republican candidate for president of the New Jersey Senate, is inching ahead of incumbent Democrat Stephen Sweeney.

While Sweeney spent millions on a slick campaign, Durr spent just $153 on a campaign that focused on “limiting government, reducing taxes, and fixing the state's roads”. The truck driver of 25 years built his campaign in a grassroots fashion, going door to door in his district and introducing himself to local voters. Durr describes himself as a simple man who rides a Harley, walks his dogs, loves the Philadelphia Eagles and wants to bring everyday people back to state politics.

Hundreds of thousands of Aussies are cheering for you from down under because like the people of Virginia, we’re fed up with our out-of-touch, compromised, self-serving political elites who don’t care about the future of this great land; they only care about their public image, relationship with certain lobbyists and career advancement.