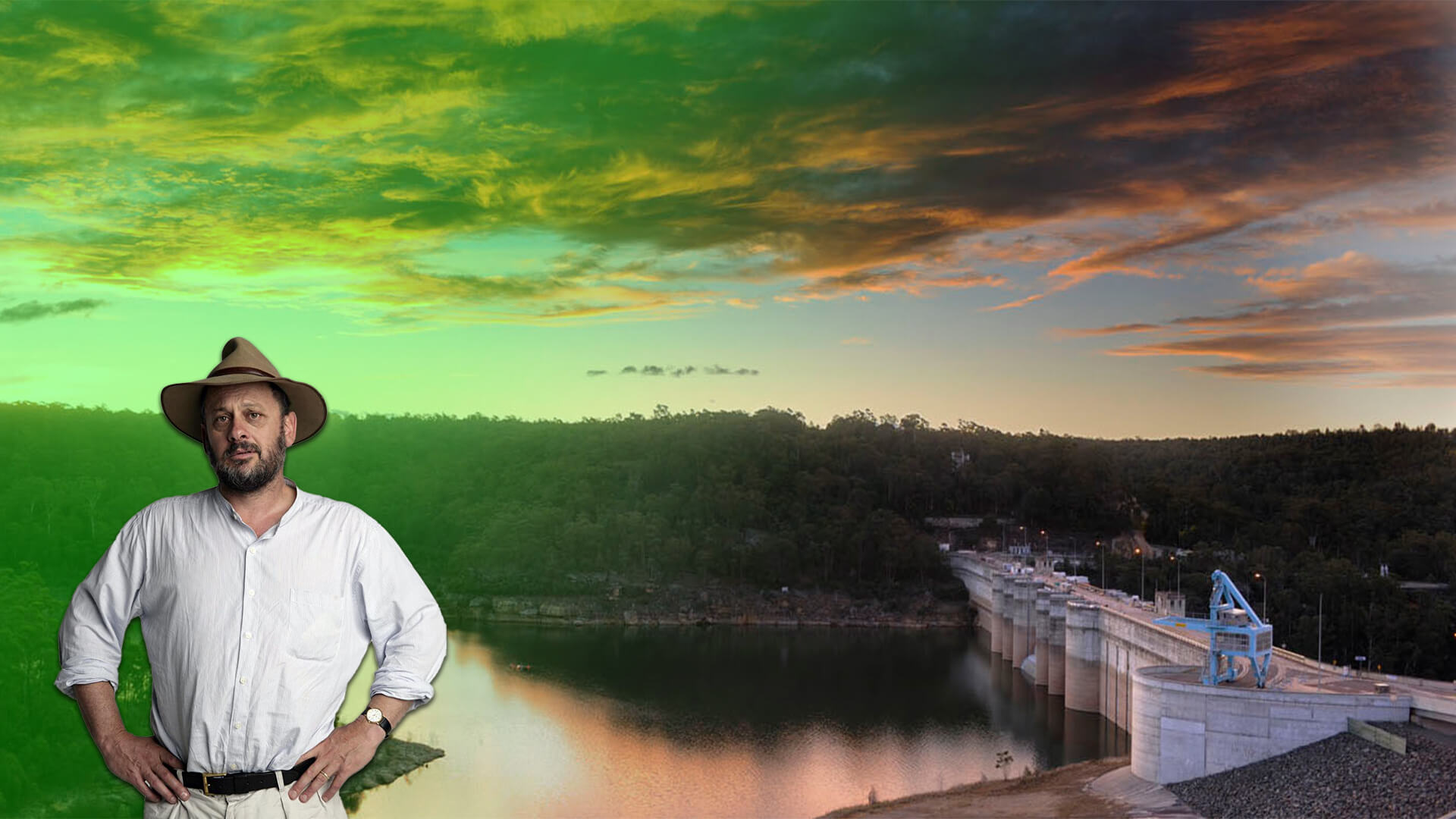 One of the biggest issues facing Australia at the moment is our failure to develop new infrastructure, and the primary culprits are green bureaucrats, Aboriginal activists, weak politicians and the United Nations.

In early 2021, hundreds – if not thousands – of homes were inundated by floodwaters because the bureaucrats refused to let water out of Warragamba given their inaccurate prediction 2021 would be as dry as 2019/20.

And still the common-sense plan to raise the dam wall is being undermined.

The globalists at the United Nations said raising the dam wall would increase flooding in the world-heritage listed Blue Mountains region, “likely impacting on the outstanding universal value” of the mountains – totally ignoring Minister for Western Sydney Stuart Ayres finding that only 0.04 per cent of the site would be temporarily inundated with a higher wall.

The NSW government was ordered by the Department of Environment to re-do its environmental and cultural impact assessment on the dam wall extension project to ensure the interests of platypi, echidnas and the Gundungurra people were sufficiently accounted for.

Liberal MLCs Shayne Mallard and Taylor Martin, as well as Nationals member Wes Fang, have recommended heightened scrutiny of the environmental impacts of raising the dam wall and greater consultation with local Aboriginal people who are firmly against the project.

And after a final Aboriginal heritage report for the dam wall extension was finally published, the activists are still not happy.

As reported by the Herald this week, the Aboriginal heritage report was “manifestly inadequate” according to a scathing report from respected Sydney archaeologists.

A submission by consultancy firm Coast History and Heritage said the “Aboriginal Cultural Heritage Assessment Report does not meet the Secretary’s Environmental Assessment Requirements [SEARs] and is manifestly inadequate to allow the Minister to make an informed decision about the project in relation to Aboriginal heritage.”

The Herald said part of the reason the authors believe the report didn’t meet SEARs guidelines was due to inadequate consultation with registered Aboriginal parties in the area.

“The idea of approving impacts to places of Aboriginal cultural heritage before they are even documented goes against a foundational principle of heritage management – that management decisions should be based on an understanding of the place and its significance,” the activists wrote.

Until every single “culturally significant site” is identified in the massive Burragorang Valley, the dam wall cannot be raised.

This begs the question, what is a “culturally significant site”?

Who makes the decision as to what is or isn’t a “culturally significant site” or not?

How long will it take for these “culturally significant sites” to be identified?

And will every nation-building infrastructure project be forced to identify every “culturally significant site” and promise not to damage them for eternity?

How can Australia be a serious country when we can’t extend a dam wall to ensure our biggest city has enough drinking water and floods don’t destroy lives during extended periods of rainfall?

Did those concerned about the preservation of “culturally significant sites” ever consider how the 1500 Indigenous people in the flood-affected suburbs of Jamistown, Emu Plains, Penrith, Windsor, Wilberforce, Pitt Town, Mulgoa, Londonderry and Castlereagh feel about their heritage being used to undermine calls for expanded flood mitigation infrastructure?

Or are those making the incessant complaints serving those who want to deindustrialise, depopulate and disempower the Australian people and their progress by way of red and green tape?

As Minister for Western Sydney Stuart Ayres said, “the best way to protect those communities is to raise the Warragamba Dam wall to create a space that we can hold water back in the event of bigger floods”.

“There are a number of green groups out there saying that this will damage the environment in an unnecessary way,” he said. “But we’re saying the small environmental impact is worth the gain of being able to protect thousands of people in low lying areas of western Sydney.”

There would “no doubt” be an environmental impact, but stressed inundation of 0.04 per cent of the World Heritage-listed area would only be temporary.

“It would only be whilst we’re holding that water behind the dam wall so it wasn’t in people’s living rooms, or flowing through streets and towns. We’re not giving up any more time; we’re not bowing to what is, for all intents and purposes, environmental terrorism.”