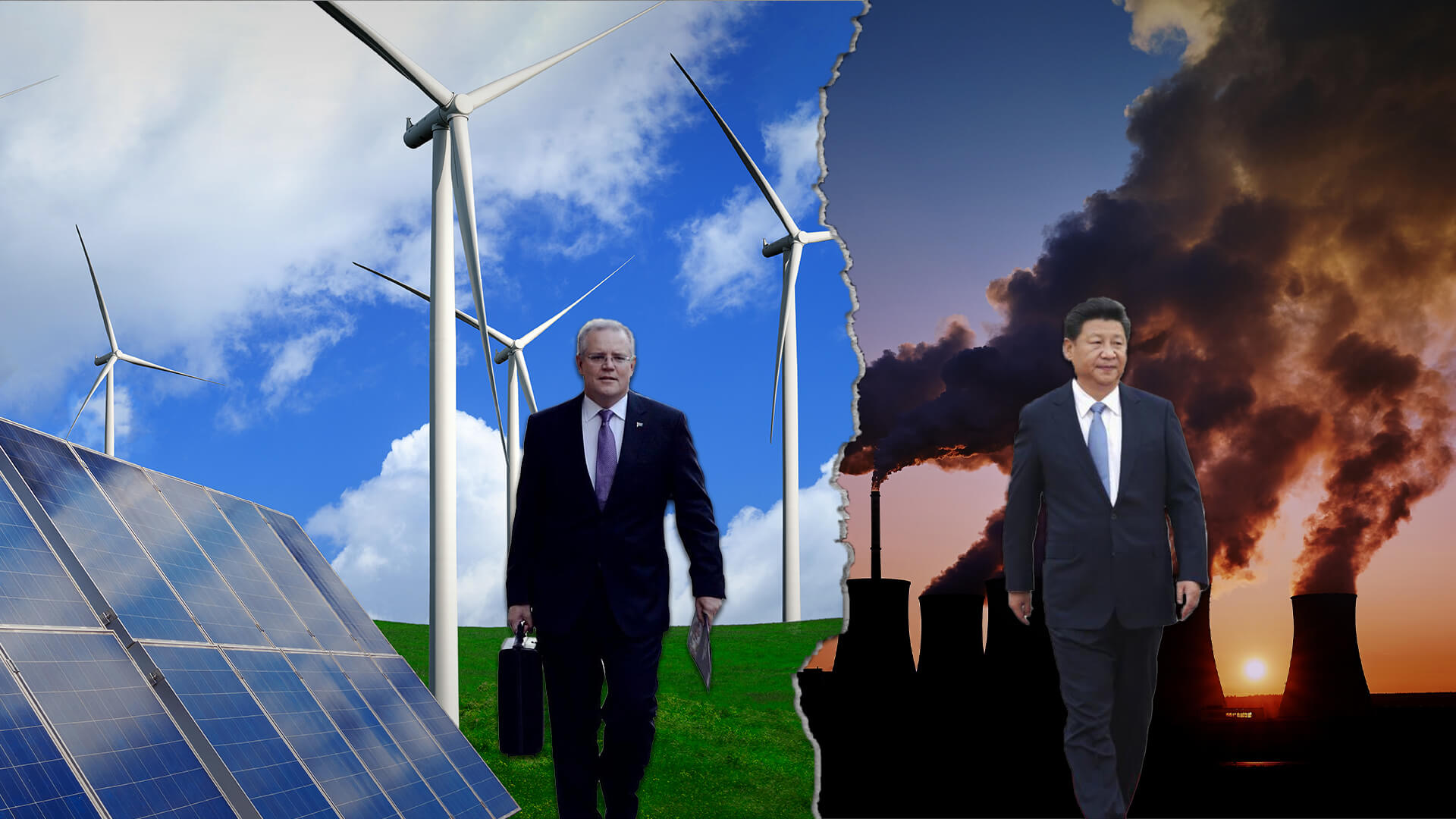 While Prime Minister Scott Morrison is over in Glasgow betraying the interests of the Aussies who put their trust in him at the last election, Xi Jinping is frantically ramping up coal production to keep the lights on over the coming Winter.

As you read this article: in China, old coal mines are being rapidly brought back into production and output has ramped up at existing ones. China is scouring the globe for coal, and ships are quietly queuing to drop it off at the country’s congested ports.

There are reports China is now accepting coal from Australia, even though it banned our imports after ScoMo called for an independent inquiry into the origins of COVID-19.

In fact, the situation is so bad, a United Nations panel responsible for monitoring sanctions on North Korea have obtained satellite images of Chinese coast guard vessels looking on, while coal was transferred from North Korean vessels to Chinese-flagged ships.

So, why is China returning to coal-fired power when the Western world is ditching it?

Well, although you wouldn’t read about it on the ABC, China is currently battling a once-in-a-decade energy crisis.

Half of the country’s provinces are rationing electricity; factories have closed; blackouts are now the norm. Coal prices reaching an all-time high in October as a result of increased demand certainly hasn’t helped. As if it couldn’t get any worse, Winter hasn’t even arrived yet!

This is while China has 3176 coal-fired plants either operating or under construction and increases its emissions at an annual rate greater than the savings of the rest of the world put together.

And yet, it’s Australia that must shut down our coal-fired power plants and commit to net zero to save the planet. These people have to be having a lend.

Why does this country get no credit for the fact we’ve already cut emissions by a staggering 49 per cent per capita since 1990?

Where is the kudos for adding more renewable energy per capita than any other nation?

Where is the recognition for exporting most of the world’s coking and thermal coal with the highest calorific values, lowest sulphur content and best management of fly ash, meaning other countries with less regulation and environmental standards don’t have to mine?

The same goes for nuclear! We export the uranium to other nations, so they have baseload emissions-free power while we’re stuck with ageing coal plants and have peaker plants, which have to rapidly scale up and down at their cost to facilitate the intermittency of renewables.

Where is the understanding of our actual contribution to carbon emissions?

Our CO2 emissions per capita are 17.1 tonnes. There are 30 hectares of forest and 74 hectares of grassland for every Australian, and each hectare annually sequesters about one tonne of CO2 by photosynthesis. Therefore, on the continental Australian landmass, we remove more than three times the amount of CO2 we emit, just by natural sequestration.

Finally, where is the respect for our farmers?

Our farmers manage 60 per cent of the Australian subcontinent and yet it remains a net-carbon sink, unlike the vast majority of the world. This is after Australia met the Kyoto Protocol by divesting farmers of their property rights.

Note before Kyoto, Australia cleared 688,000 hectares of land. We negotiated a clause in the Kyoto agreement that allowed us to claim a “carbon credit” if we cleared less than this amount each year.

This led to state governments imposing ever tightening restrictions on land clearing. Now Australia clears just 50,000 hectares of land a year. This is not enough to keep our farming land at a constant amount, let alone develop new areas. In fact, if we had not stripped farmers of the right to develop their own land, Australia’s emissions would have gone up, not down, in the past 30 years.

As Senator Matt Canavan said, “the emissions from people living in cities have gone up during the past 30 years, but their moral guilt has been eased by sending the bill to the bush.”

Unfortunately, it looks like the situation will only get worse.