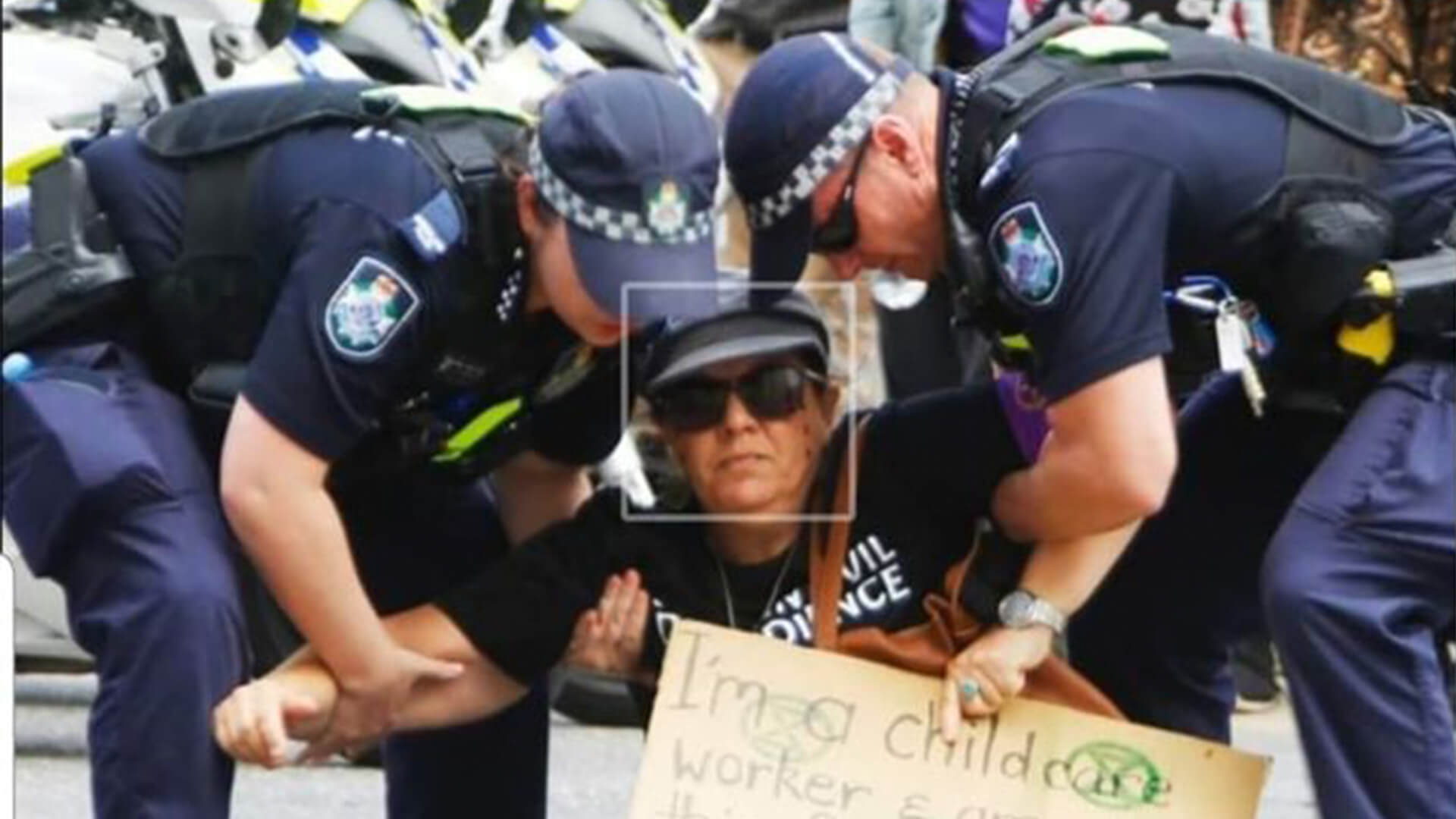 Climate anarchists in Victoria have been rewarded for their criminal behaviour with out-of-touch magistrates letting them go scot free.

Dozens of Extinction Rebellion climate cult believers who blockaded Melbourne streets last year and even assaulted people are free to go and do it all over again thanks to soft courts.

“Those who had been banned from engaging in demonstrations as part of their bail successfully applied to have the condition lifted without any opposition from the prosecution,” today’s Herald Sun has reported.

Some of the charges against the 50 protestors included assault, hindering and resisting an emergency worker on duty, and obstructing a road by assemblage.

But because Red Dan Andrews’ Socialist Republic of Victoria has policy objectives in lockstep with the climate cult extremists, they barely get a slap on the wrist.

These XR members disturbed our peace and broke our laws.

No wonder XR is riddled with fearless serial offenders when, under the Labor government’s “catch and release” policies, they can just use the courts as a revolving door.

How is that supposed to deter others from doing the same or even worse?

Just this week we saw Extinction Rebellion shut down WA parliament by gluing their hands to the railings of the public gallery of the Upper House.

MPs who vacated the Upper House said the group threw paper in the air that showered onto politicians and staff sat below in the chamber.

About 50 other protesters circled Parliament.

The group said the protest was “a symbolic attempt to delay and prevent” the passage of the North West Gas Development (Woodside) Agreement Amendment Bill 2019.

Who the heck do these people think they are, proscribing themselves the power to halt parliamentary proceedings because they’re upset things aren’t going their way?

Aussies struggling to pay their electricity bills thanks to climate cult policies have no hope of seeing sanity return when magistrates take a wet lettuce leaf to people breaking our laws in the name of all things anti fossil fuels.

These truants are wasting taxpayer money by keeping our police and judicial system running around.

If mainstream Australia doesn’t fight back, we will lose the rule of law along with our ability to make a living and feed our families in a functioning economy.

You can take a stand against Extinction Rebellion today – by adding your name to the growing chorus of Australians calling for tougher penalties for anarchists.