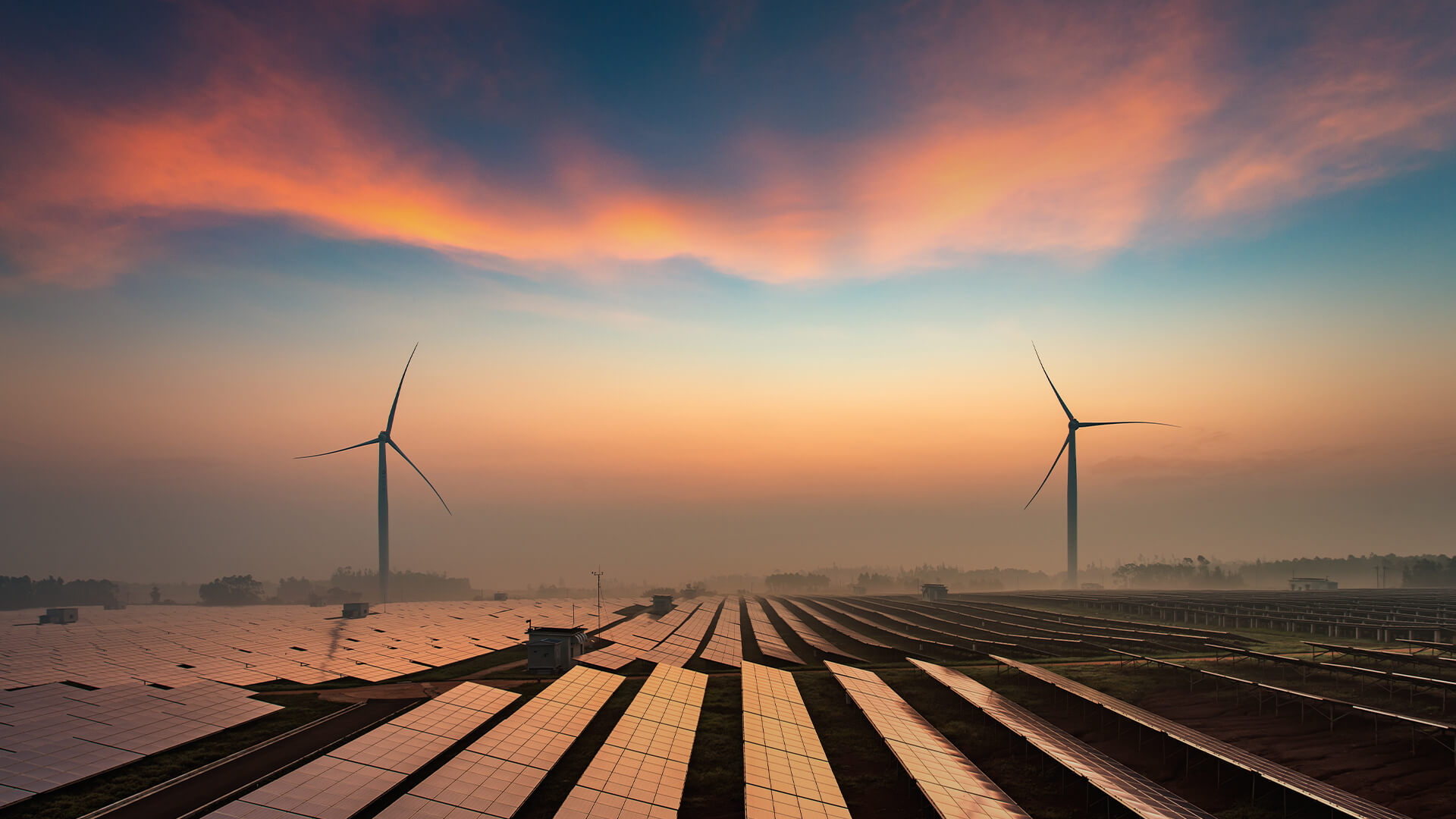 Life under an Albanese run Labor-Greens coalition won’t be easy.

Taxes will be hiked, jobs will be lost in our agricultural and manufacturing industries, and worst of all, the cost of living will continue to rise…especially when it comes to energy prices given Labor is hellbent on shutting our coal-fired power plants and replacing them with Chinese-made wind turbines and solar panels.

Just ask the people of Queensland and New South Wales!

Yesterday, the east coast of Australia was forced to grapple with sky-high energy prices after the sun went down during peak-demand. 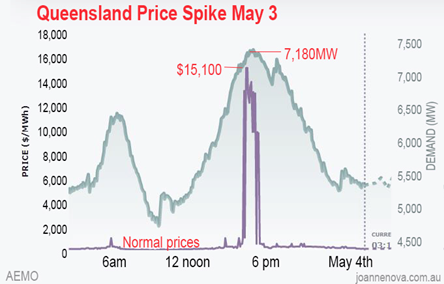 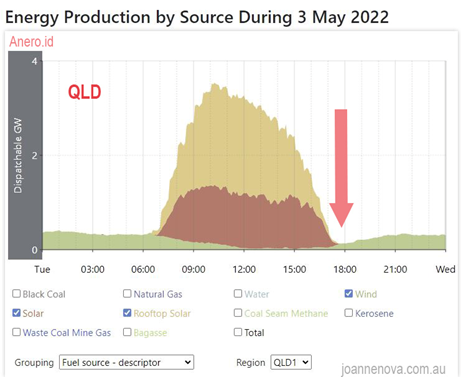 Well, as shown above, Queensland’s solar panels became useless at around 5pm as the sun set. There also happened to be very little wind. As a result, the onus was on the state’s coal-fired power plants to rapidly scale up to fill the gap left by the renewables – a role they were NEVER designed to play.

Energy prices skyrocketed by 10,000% to $15,100 per megawatt hour with normal demand at peak time, costing energy users a whopping $100 million in electricity in a mere hour...and the exact same thing happened in New South Wales. 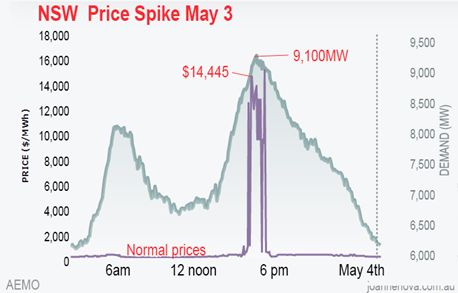 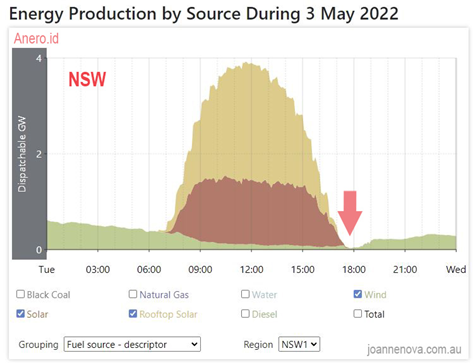 Another $100 million was wasted in NSW after wind and solar became useless when the grid needed them the most. Prices skyrocketed by another 10,000% to up to $14,445 per megawatt hour with normal peak-time demand. The state’s coal-fired power plants were forced to rapidly scale up to keep the lights on at their own cost.

This is NOT a sustainable state of affairs and there are TWO key reasons why it’s been allowed to happen.

The short point? As Senator Matt Canavan has said, wind and solar are the ultimate dole bludgers.

They rake in up to $20 billion in subsidies every year.

They aren’t punished for only working when the weather suits them.

And they force other base load generators to pick up the slack when they don’t work at peak-time.

No wonder the big bankers are trampling over each other to bankroll green monstrosities.

It’s the ultimate rent-seeking opportunity at the cost of struggling households, small businesses and manufacturers…