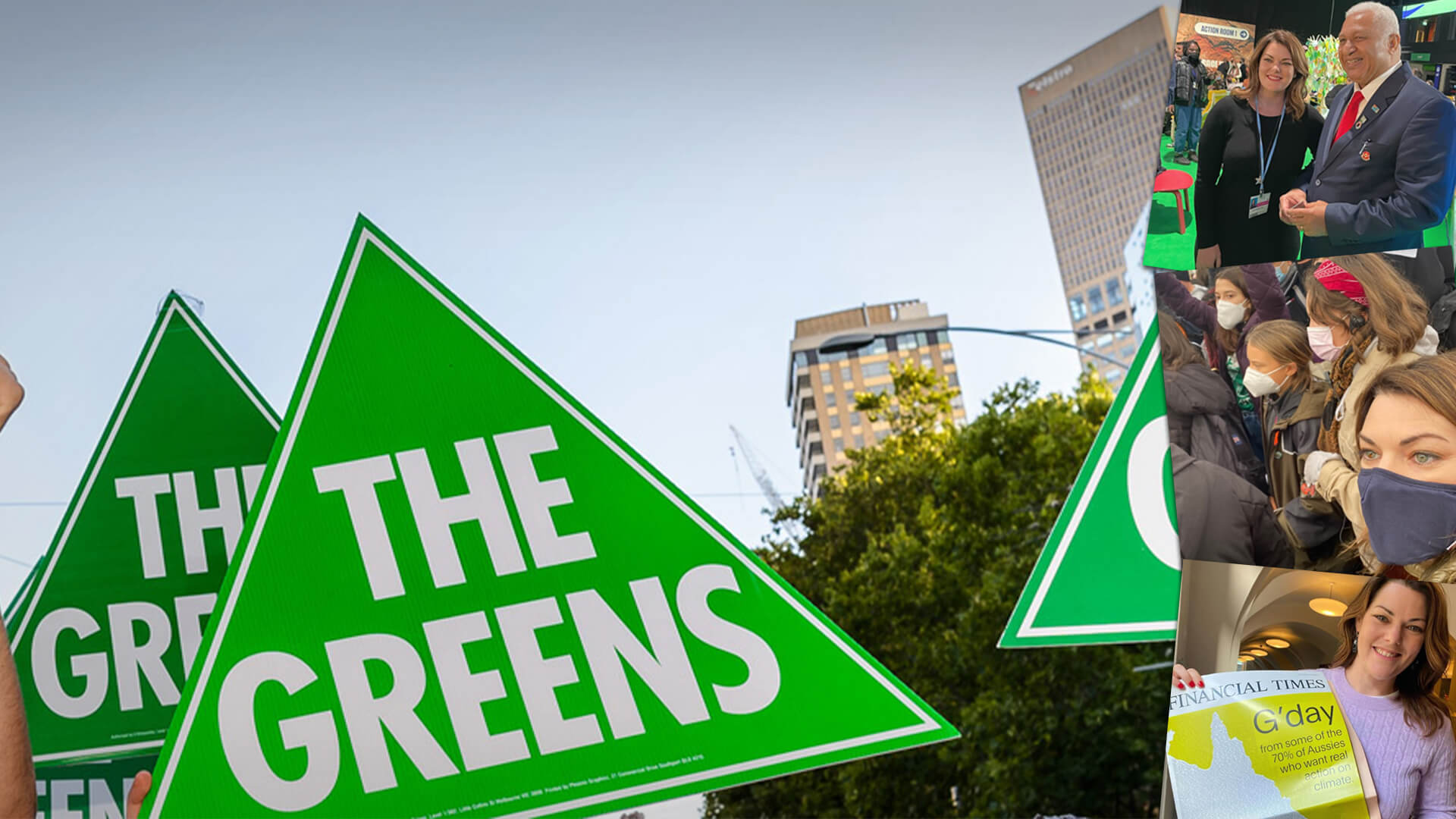 World Economic Forum “Young Global Leader” turned Greens Senator Sarah Hanson-Young is making a fool of herself at the FLOP26 Glasgow climate conference; and the taxpayers who pay her salary/allowances deserve to know.

First, there was Greta “blah blah blah” Thunberg who joined a “Climate Strike” protest that Hanson-Young attended (no doubt on the taxpayer’s dime). The Senator managed to track the 18-year-old Swedish girl down and get a photo with her before Greta began screaming “shove your climate crisis up your arse”, after not being formally invited to the conference.

Following this, Hanson-Young met with Fijian Prime Minister Frank Bainimarama and said she is “honoured to meet him” after he “gave Scott Morrison a lesson in acting on science and keeping the faith with future generations”.

Unfortunately for the self-described “progressive”, Hanson-Young isn’t aware that Bainimarama is a tinpot dictator who seized power from Fiji’s elected democratic government back in 2006 during a violent military coup.

She doesn’t understand Bainimarama’s political party FijiFirst is a “populist political party” that allows its “security forces” to beat, rape and torture suspected criminals, according to Amnesty International.

The clueless Sarah Hanson-Young is also blissfully unaware that Fiji gets 74 per cent of its power from oil imported from Asia.

Next, Sarah expressed her outrage that Australia’s stall promoted new carbon capture and storage technology pioneered by Santos. She lamented that the Morrison government spent the whole conference “busy hanging out with fossil fuel executives and hosting PR stunts for the gas industry”.

Again, it clearly hasn’t crossed Sarah’s mind that every wind turbine she supports requires 103 tonnes of stainless steel, 80 tonnes of coking coal, 402 tonnes of concrete, 6.8 tonnes of fibreglass, 3 tonnes of copper and 20 tonnes of cast iron.

The picture is just as bad for solar.

Sarah either doesn’t care, or doesn’t understand that the vast majority of the solar panels we import are manufactured in Chinese factories that run on coal-fired power.

Even worse for the “progressive” politician is the inconvenient truth that 46 per cent of the polysilicon used to make the panels is produced by Uyghur slave labour. The nickel for the batteries used to store the solar power comes from Indonesia and the Philippines, where tropical forests are clear-felled to make way for miners. The same thing goes for cobalt – most of which comes from the Congo, where hundreds of thousands of child miners toil in the most inhumane conditions imaginable.

Closer to home, the projected amount of waste from retired solar panels will be over 1500 kilotons in Australia by 2050, which is equivalent to 500,000 Toyota Land Cruisers going into landfill over the next 29 years. 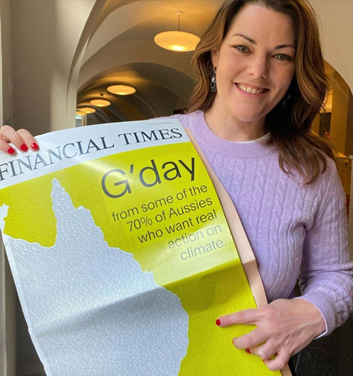 Finally, Sarah gleefully took a photo of herself holding the front page of the UK Financial Times, which read “G’day from some of the 70 per cent of Aussies who want real action on climate change”.

So, to list her achievements at Glasgow, Sarah got a photo with Greta Thunberg from a distance; she buddied up with a third-world tin-pot dictator who disrespects our Prime Minister; she complained about the government promoting its work with Santos to develop new technology; and she misrepresented the will of the Australian people who don’t want to pay for net zero, while the Chinese continue business as usual.