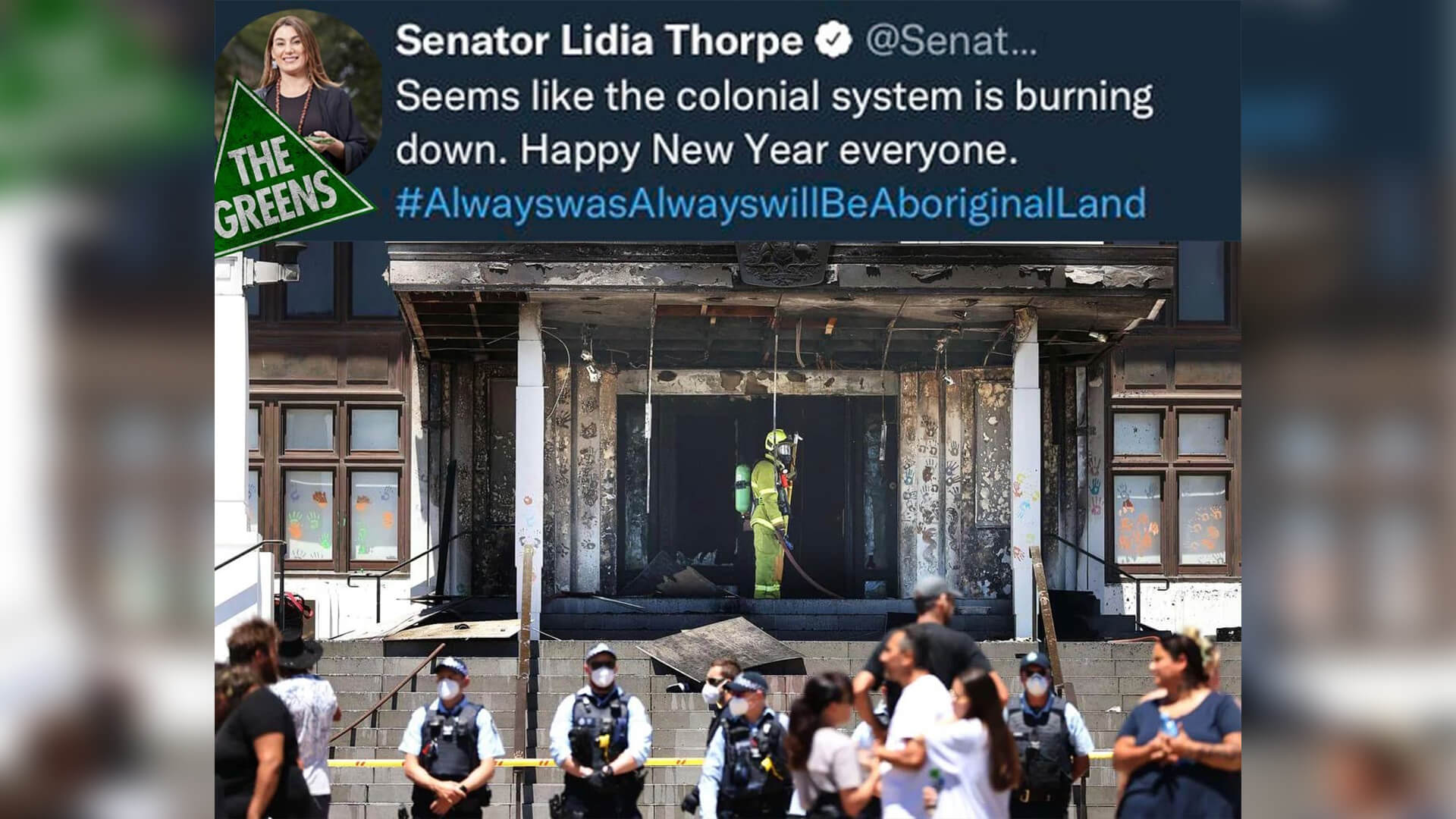 After demanding the Morrison government stop acquiring weapons to protect us from CCP expansionism, the Greens are now inciting violence in our nation’s capital.

She even had the gall to write “happy new year everyone” with the accompanying hashtag #AlwayswasAlwayswillbeAboriginalLand.

As Warren Mundine wrote, Old Parliament House “is a sacred site for all Australians” … including Aboriginal people like yourself.

It was in Old Parliament House that Aboriginals were granted full voting rights in 1962.

It was in Old Parliament House that the Constitution was amended in 1967 to allow the Commonwealth to make laws for Aboriginal people and include them in the census.

And it was in Old Parliament House where Neville Bonner – the first Aboriginal to become a member of Parliament – worked for over 12 years between 1971 and 1983.

Why commend fools for trying to burn such an important site down?

Although it goes without saying for ADVANCE and our 150,000+ supporters, this is exactly what a politicised education system creates.

We have a generation of activists who have an unbelievably single-minded view of history.

They believe Australia is a nation founded on racism.

They think nothing good for Aboriginal people ever came out of Old Parliament House.

They don’t believe in enacting change through democracy. They’d rather burn and tear things down.

They think Australians of today should be held responsible for atrocities committed in the past.

In short, they believe the entire system is against them and yet the opposite is true!

Hundreds of Aboriginals communities have been granted total ownership of vast swathes of land in recognition of their occupation before colonisation.

Affirmative action policies and quotas give Aboriginal people opportunities most Australians could only dream of.

At our schools and even universities, Aboriginal history and culture is taught in almost every subject ranging from history to science to geography.

Our national anthem has been changed to ensure Aboriginal people feel included in modern Australia.

Aboriginal and Torres Strait Islander flags fly at every event alongside the Australian flag.

And welcome to country ceremonies are now the norm whether it’s before the board meeting of a publicly listed company or a cricket match.

Although we could keep going, we won’t; and just because we have listed the many opportunities Aboriginal people have in modern Australia, it doesn’t mean we don’t acknowledge the struggles they still face.

For instance, Western feminists turn a blind eye to the fact that Indigenous women experience sexual assault at six times the rate of non-indigenous women.

The activists ignore that Indigenous women are 45 times more likely to experience domestic violence than a white woman.

And the Greens remain silent about why Indigenous unemployment rates are three times the non-Indigenous rate.

As ADVANCE has been saying for years now, politicians like Lidia Thorpe don’t actually want to make life better for Aboriginal people.