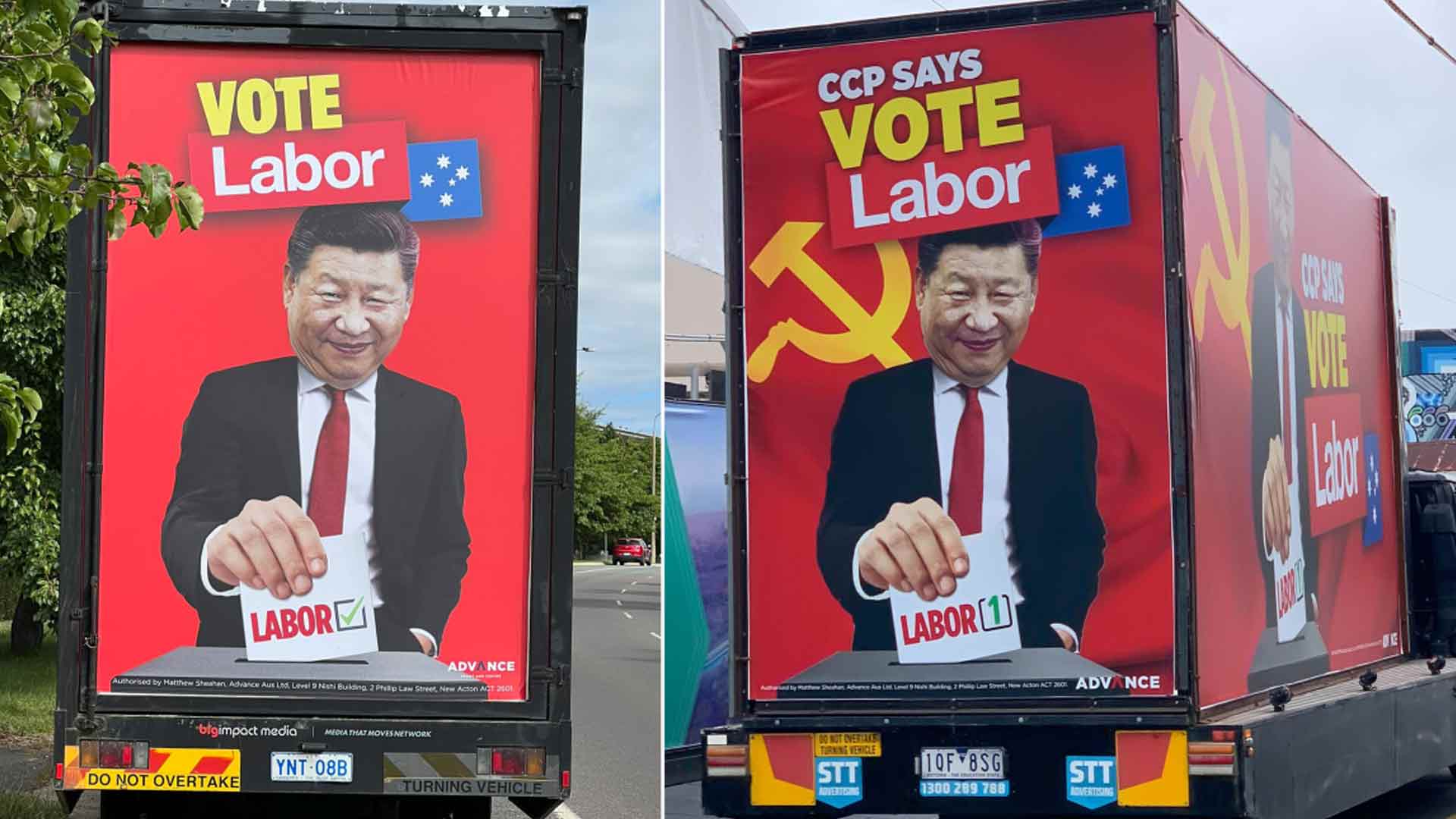 ADVANCE and our 195,000+ supporters are having an impact and people are noticing!

This morning 3AW radio host Neil Mitchell received a call from a bloke who saw our billboard that reads “CCP says VOTE Labor” with a picture of Xi Jinping voting for Each Way Albo.

The caller said he was “stunned when he saw it”.

In response, Neil Mitchell said “I don’t believe the Chinese Communist would be out telling people to vote Labor. They’re more subtle than that. They might be hacking into your computer to vote Labor, but they wouldn’t be doing that”. 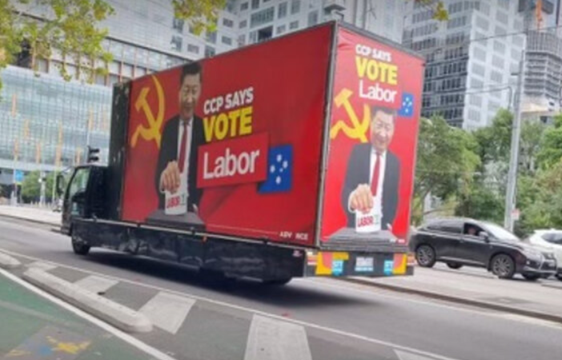 Are you sure about that, Neil?

Mate, don’t you remember when Labor Premier Dictator Dan Andrews signed Victoria up to Xi Jinping’s Belt and Road Initiative – a key tenet of Beijing’s strategy of spreading soft power and lull us into reliance on their infrastructure, credit and critical supply chains. Remember when he refused to share information about the deal outside “his own office and department”?

How about when Labor Premier of Western Australia Mark MaoGowan called Defence Minister Peter Dutton “insane” and “off the planet” for daring to criticise the CCP? In response, Beijing backed McGowan’s “constructive” criticism of the Morrison government.

Neil, surely you recall when New South Wales Labor leader Chris Minns who was invited to China as a special guest on a trip that was partly funded by exiled Chinese billionaire, Huang Xiangmo – the bloke who owes the ATO $140 million, delivered $100,000 cash in an Aldi Bag to Labor Party Headquarters in 2015, caused the downfall of Sam Dastyari, and was eventually booted from Australia after ASIO concluded he was attempting to influence our political system? And when he returned to Australia Minns was calling for every NSW student to be taught Mandarin!

What about up North, mate? Queenslanders sure remember when Labor Premier Annastacia Palaszczuk leased Keswick Island to a Chinese company for 99 years. Since Palaszczuk sold the island, the company has closed access to the island’s beaches, set up fences to prevent access to national parkland, banned short term accommodation, paid security guards to roam around all day and night, destroyed coral reefs and turtle nests and intimidated children on Australia Day.

Across the Bass Strait in Tasmania, the former Labor state government installed security cameras manufactured by a Chinese government-owned company in parliament, while at the same time the US banned the company on national security and human rights grounds.

Even your own listeners get it, Neil!

Is anyone really surprised? It's not a joke but rather Victorian reality. Belt and Road deal has not been forgotten by China, they want it back.

I love it, hope they bring out a truck with the redcoats rort, branch stacking, hotel quarantine stuff up, Andrews’ memory issues, bullying. And for good measure add the hypocrisy of Albo and The Mean Girls.

Murray made the obvious point that “a month ago the CCP released a statement that they would prefer Albanese as leader, over Morrison”.

Ann said, “Love this. Certainly just there to help people really think about what is happening in our State”.

Justin joked, “I'm not sure Chapel St is the best place to be driving this... The message is probably lost on the soy latte sipping woke socialists who think communism sounds like a fun idea...”

While another Justin gave us some free advice: “would be more realistic if Dan’s head was popping out from under the desk!”

Join up to ADVANCE and be part of our movement so we can keep mounting more campaigns like this and keep the bastards honest.