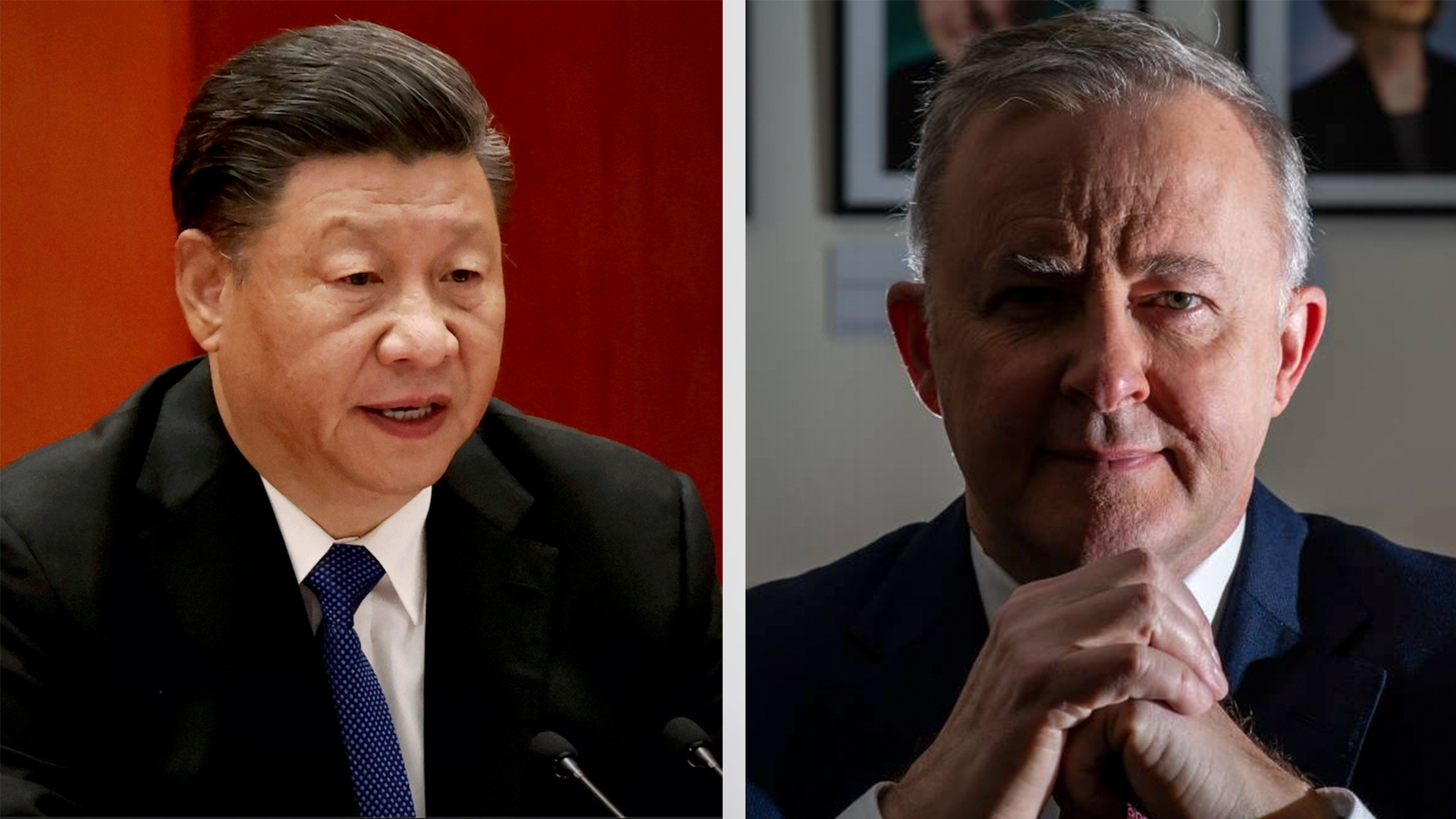 The Chinese Communist Party have made their decision on who they’re backing at the upcoming election, and nobody should be surprised.

As written in the CCP’s Global Times newspaper this week, Albo and his team made up of Penny Wong, Kristina Kenneally, Bill Shorten and co “positively shines” compared to “clown” Scott Morrison.

The article branded Defence Minister Peter Dutton as “rabidly anti-China” and described Albo as someone who “will be a safe leader”. The author celebrated how “Albanese pushed back” against Dutton’s accusation Labor is being “soft on China”.

Prime Minister Scott Morrison’s decision to call for an independent inquiry into the origins of the Kung Flu was even labelled as a “Trump-inspired Wuhan/COVID aspersion”.

So why does the CCP favour Albo over Morrison?

Well although Morrison is by no means perfect (especially since his party’s drift towards the green-left since the ousting of Tony Abbott in 2015), Albo is Morrison on steroids.

Last year, ADVANCE targeted Bowen for boasting that “renewable energy = jobs for our suburbs and regions” while standing in “Australia’s biggest solar warehouse” in Sydney. Unfortunately for Chris it turned out that almost every single solar panel the warehouse stocked was made in China.

As a result of Albo’s obsession with weather-dependent Chinese-made solar panels and wind turbines, Australian energy prices will continue to increase, putting more of our manufacturers out of work and forcing more banks and big businesses to send their industries to China with its 2,363 coal-fired power plants. In other words, there will be more jobs for China and more reliance on their industries.

Where are those jobs coming from, Bowen?

Next, Albo is weak on defence and the evidence is overwhelming.

Even Labor’s newest parliamentarian has a history.

Jason Yat-Sen Li – who was elected in the Strathfield byelection to NSW parliament last weekend – is a supporter of the CCP’s Belt and Road Initiative and “Global Leader” at the World Economic Forum. He said Defence Minister Peter Dutton’s concern that every major city of Australia is within range of China’s ballistic missiles is “extreme positioning”. The man even believes Australians shouldn’t lead on China because we don’t lead on climate change. Seriously, mate?

Next is Albo’s refusal to address Australia’s dangerous overreliance on China for trade, and iron ore and coking coal are the elephants in the room.

For example, when Senator Matt Canavan called for a levy on our iron ore exports until China stopped punishing our wine, barley and beef exports, Labor’s Shadow Minister for Trade Madeline King was ardently opposed. She wanted to help China and called on the Libs to reject the proposal saying, “the imposition of an export tax on iron ore would damage our world-leading iron ore mining industry”. China’s dependent on us Maddie, get it?

Obviously, she hasn’t been following the success of Australia’s coal and wine industries after China punished them, like in 2021 when coal exports from Queensland rose by 35.7 per cent after India, Japan and South Korea picked up the shortfall. Tyrrell Wines has replaced about 80 per cent of the lost Chinese trade with exports to other nations within a year. Similar trends have been seen across the barley, beef and wheat industries.

To borrow the words of the CCP, Albo “is not an intellectual. He is not a lateral thinker, he is not creative, he will not be a charismatic leader.”

What he will be however, is a friend to Xi Jinping and co…

Just what they need in a world that is quickly turning against their belligerence.