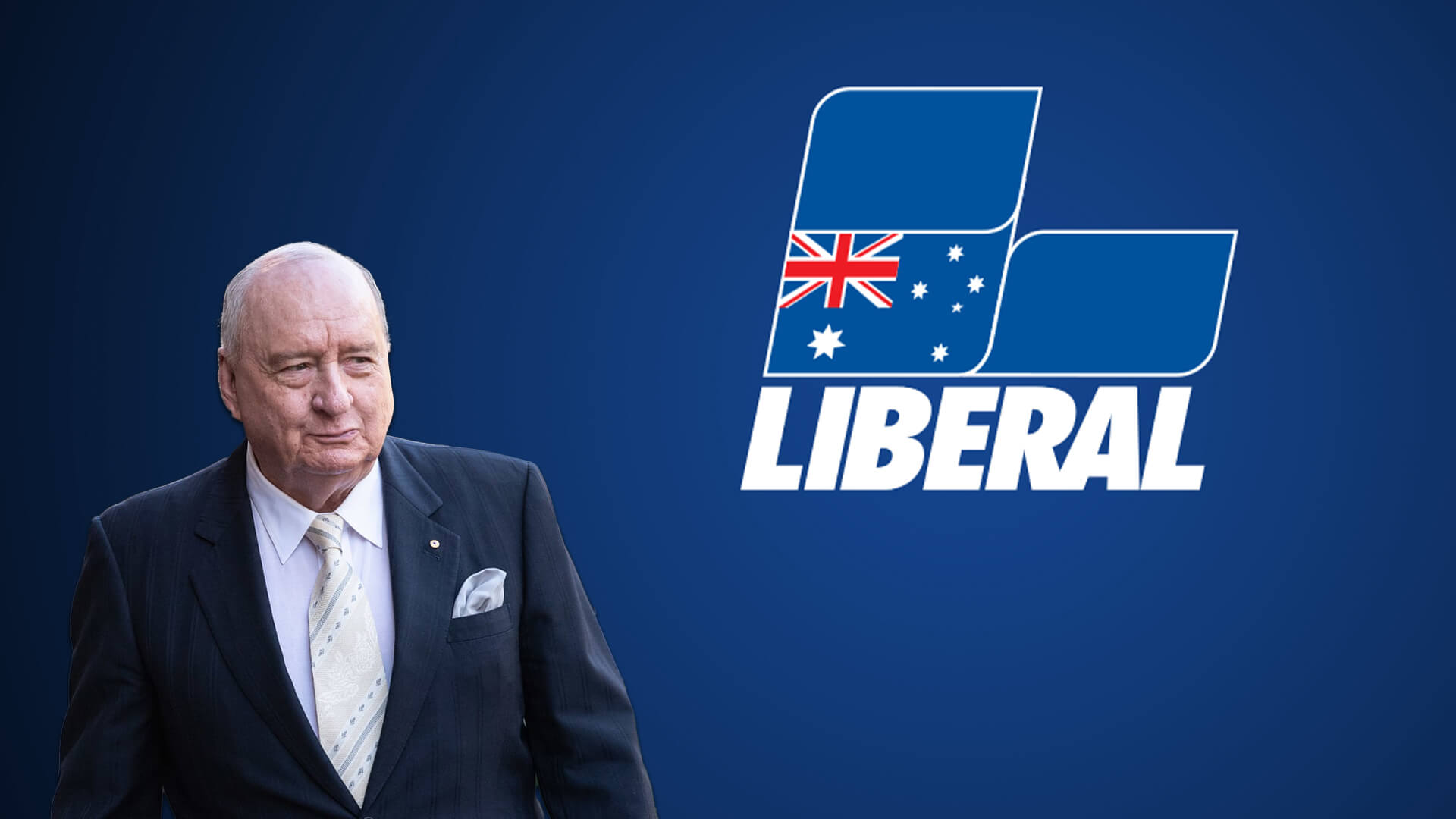 There’s a reason they called Alan Jones “The King of the Airwaves” for decades, and ADVANCE suspects Sky will seriously regret axing him from their 8pm slot.

Firstly, Alan’s replacement has only raked in around 36,000 viewers a night so far – barely one third of the 95,000 viewers Alan attracted – since taking over the slot.

Second, his dismissal plays further into the narrative that Newscorp has gone “woke” on climate change, net zero and the so-called “green energy transition” to wind turbines and solar panels that are manufactured in Chinese factories powered by Xi’s fleet of 1000+ coal-fired power plants.

However, more important is Alan’s ability to see the woods from the trees, unlike the elites who unfortunately now run our political parties and mainstream media organisations.

Writing on his Facebook page yesterday, Alan made the accurate observation that “conservatives are walking away from Morrison”.

How does the saying go? There’s none so blind as those who cannot see.

Scott Morrison is the titular leader of the conservative political forces in this country.

For months and months, the conservative ‘base’ has been warning, at branch meetings and via correspondence, that the leadership has lost its way, too prepared to accommodate the other side and abandon its own.

The Glasgow conference is but the latest manifestation of all of this.

On the woke culture, the Prime Minister is silent.

On Black Lives Matter protests, the Prime Minister is silent.

On children marching in the streets over climate change, about which they know virtually nothing, the Prime Minister is silent.

Given that the young today are the adults of tomorrow, the Prime Minister is silent on the crisis in the classroom, where education has become indoctrination.

Only a political fool can ignore the recent Newspolls, with the Labor Party a mile in front and conservative seats across the country at real risk.

On the metric of understanding the major issues, Anthony Albanese is amazingly ahead of Scott Morrison, 54 per cent to 52 per cent on ‘caring for people’.

It is Albanese: 56 per cent, Morrison: 50 per cent on ‘arrogant’ – and this is where the Liberals and colleagues are nodding their heads because Scott Morrison knows everything and will only listen to those who agree with him.

Morrison trails again on ‘trustworthy’, Albanese is in front.

‘In touch with the voters’ – Albanese in front again.

Is the electorate waking up?

The current metaphor of all the polled issues is the question of pre-selection.

Those members of the Liberal Party who turn up on election day, rain, hail or shine and unselfishly give out election material, are asking: why are there still no pre-selections in a raft of seats? The rank and file know the answer to their concerns: Scott Morrison and his acolyte, Alex Hawke, want to pick their own candidates.

When the rank and file feel marginalised on the critical issue of who should represent their electorate on voting day, then all those metrics come together – in touch with voters, trustworthy, likeable, arrogant, cares for people, understands the issues.

Scott Morrison needs to get real. On all those metrics, he is behind the alternative Prime Minister. The reasons are clear, but only if you are prepared to open your eyes and clean the stuff out of your ears, [to] start listening, not lecturing.

The Liberal Party is in trouble; its biggest problem is there seems to be no one prepared to confront Morrison and tell him why he’s in trouble.

Keep up the great work, we’re all waiting to see where you go next…