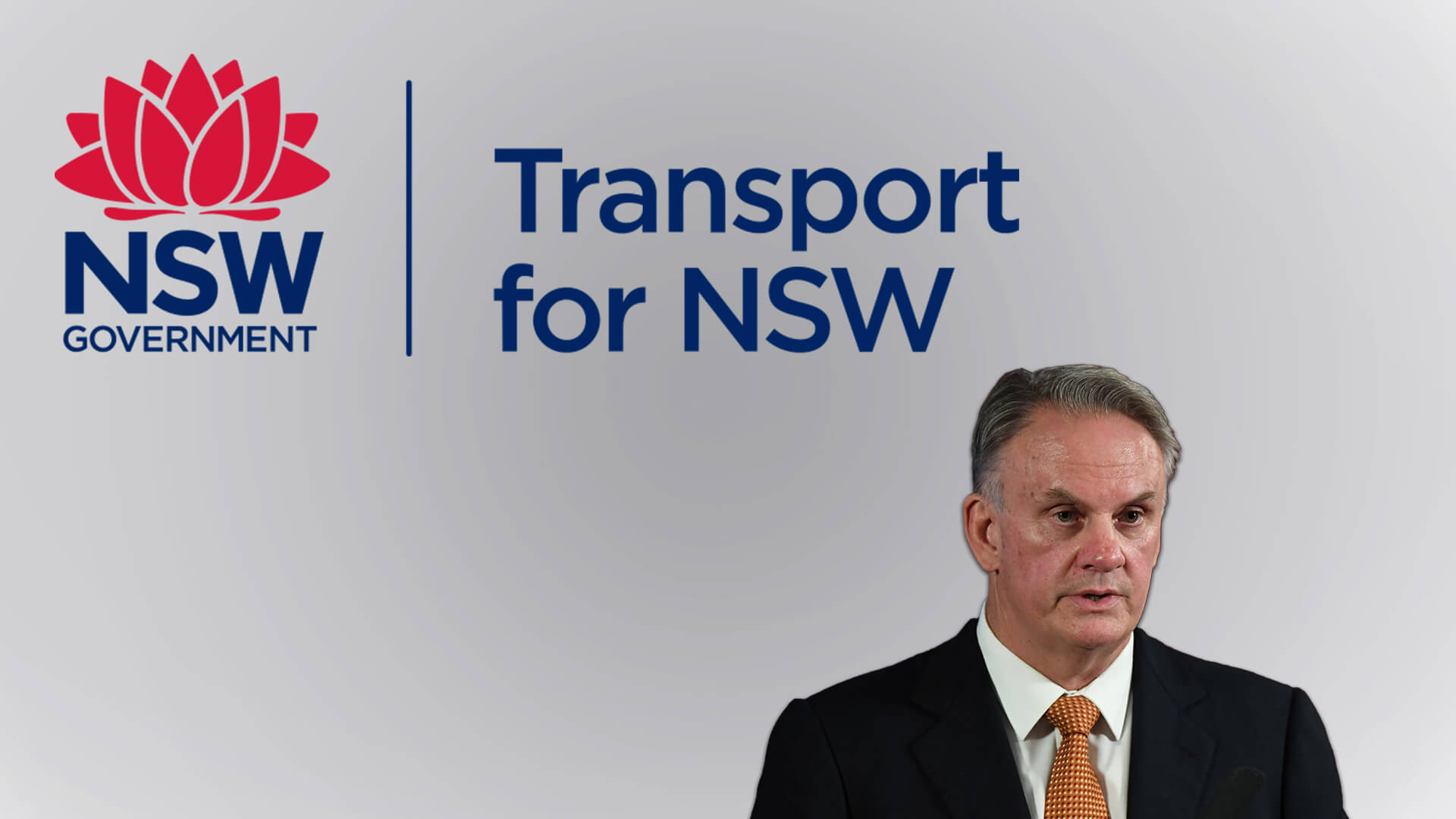 In the latest example of bizarre wokeism from the New South Wales government, staff at the Department of Transport have been told to declare their “pronouns” next to their name on their official email tags.

The public servants were sent the advice requesting they fill out their name and “signature block” including their position and title and to include next to their name the words “He/Him/She/Her”.

The instructions told the staff not to make any changes to the format as the signature was a part of the official style guide for Transport and the NSW Government.

As One Nation’s Mark Latham said in response, “I think this document is an insult to commuters and completely unnecessary.”

“And it turns out their main interest is pronouns.

“Maybe if they did their day job instead of being obsessed with all this political correctness and gender talk, we might have a better transport system in NSW.

“This department is constantly distracted by woke garbage. From the Giant Emu $7 million sculpture, to gender pronouns.

“There’s a massive cultural problem in Transport for NSW where they don’t do their day job.”

The whistleblower who passed on the request to Mr Latham said they felt the direction was “an attack on free speech and waste of taxpayer’s money”.

ADVANCE and our 180,000+ supporters agree. It’s a complete waste of taxpayer's money and represents a pattern of inappropriate behaviour in the bureaucracies of the New South Wales state government that must be stopped.

For instance, late last year it was revealed taxpayers spent more than $754,000 over two years on NSW government branding, including style guides, templates, and a change to the official font used by government departments from Gotham to Public Sans.

Not much of a difference is there?

In 2020, another overpaid bureaucrat at New South Wales Health made a post on Facebook asking students studying nursing or midwifery to “check out the NSW Aboriginal Nursing or Midwifery Cadetship” above a photo captioned “be deadly in your career”. 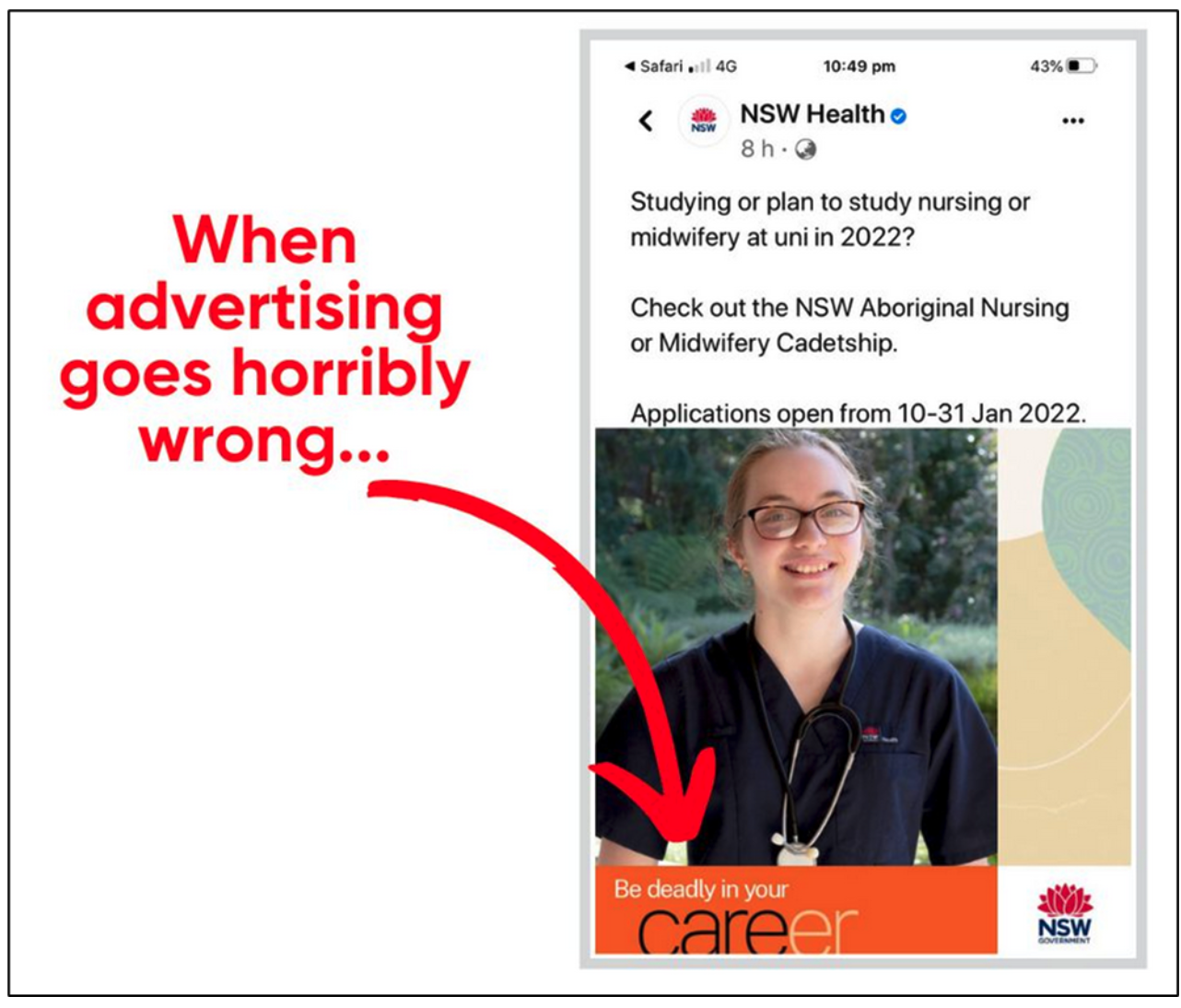 Perhaps not the most appropriate caption for a job advertisement in nursing and midwifery, guys!

In January, ADVANCE reported there are almost 25 times more “specialised officers” for the LGBTIQ community in the NSW Police Force than for the elderly and the disabled. There isn’t one “specialised officer” for welfare recipients, public housing estates, remote and geographically remote people.

As reported by the ABC, the NSW Department of Planning spent over $1.2 million dollars on indoor plants for its new Parramatta office.

In July 2020, NSW government employees were allowed to take a few hours off work to attend the launch of its ‘LGBTQ+ Network’.

While in December 2020, the government announced the NSW Treasury would look to hire an “Associate Director” paid $150,000 a year and a “Senior Adviser” in “Reconciliation Strategy and Delivery” paid $120,000 a year, “to support Treasury on its reconciliation journey”.

Believe it or not, the situation only gets worse over at the Australian Research Council.

Back in 2009, the Australian Research Council funded a three-year, $133,514 study titled ‘Governing Prostitution in the People’s Republic of China’ – a paper that set out to produce the ‘first detailed study of the governmental regulation of prostitution in present day China’.

Then there was the Research Council’s recommendation that the government approve a $160,000 grant to researchers at Macquarie University examining “sexuality in Islamic interpretations of reproductive health technologies in Egypt”.

Maybe the academic who was awarded an $180,000 grant to study the process of applying for grants should suggest some better ways for the Australian Research Council to allocate funding for projects with even a mild applicability to the concerns and problems faced by everyday Australians.

Perhaps he could tell the Bureau of Meteorology (who receive a million dollars a day in government funding) to pay for its own swanky Gold Coast resort suites while attending yet another talkfest instead of just sticking the $21,970 on the taxpayer tab.

Or even better, perhaps he could advise former New South Wales Minister Don Harwin to lay off the cake, flowers, glitz and glamour given he spent $10,000 of taxpayer money on cake, $10,000 on flowers and $20,000 on designer umbrellas for a lavish Sydney art gala at the Art Gallery!

As Mark Latham said recently, it’s now those who work for the government who are the new “privileged class”.

If only Marxist university professors spent as much time deconstructing “public servant privilege” as they do critically analysing “white, straight male privilege”.

Only then would the hard-working taxpayer get value for money…