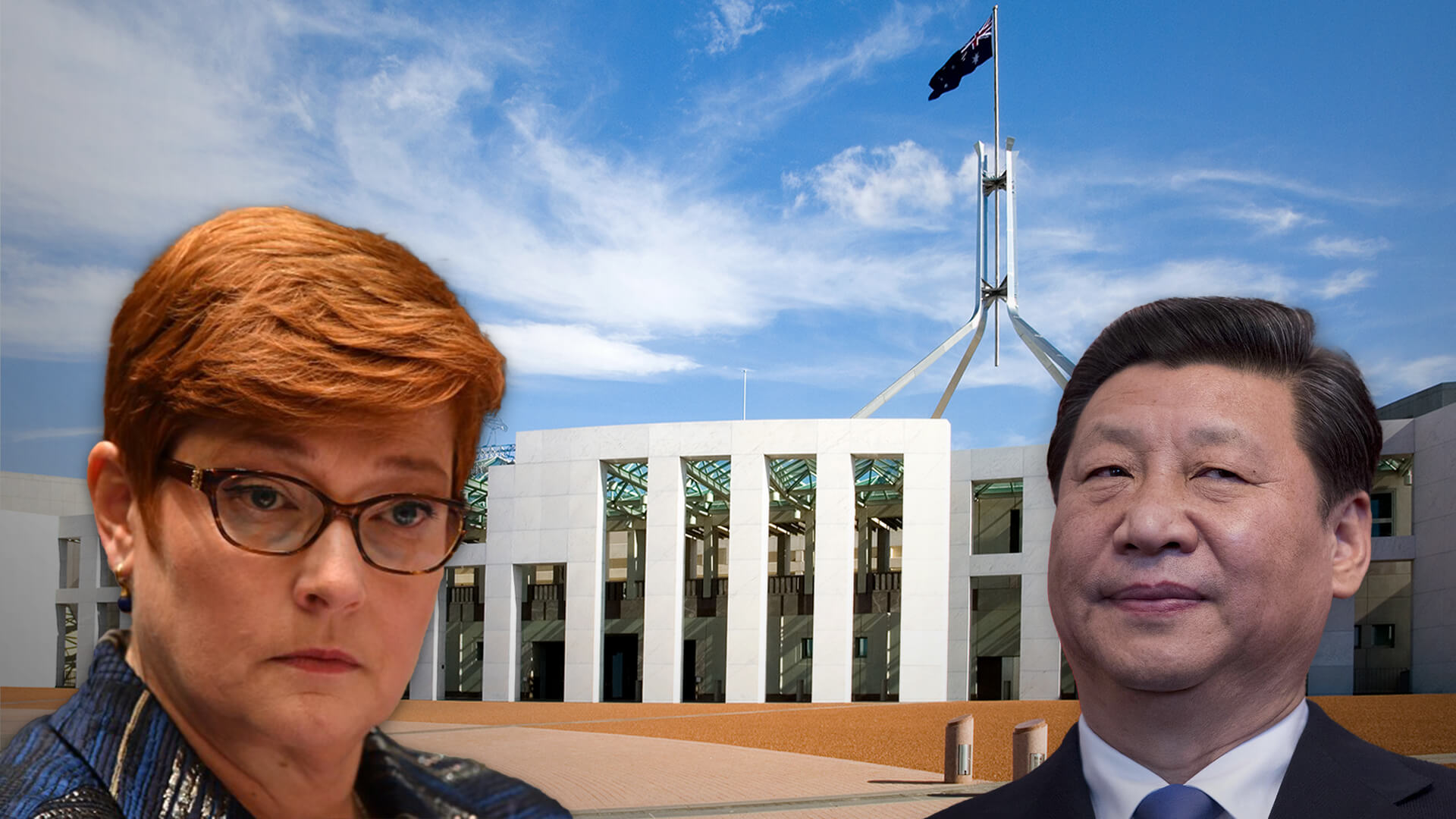 The Chinese Communist Party have a serious problem with rejection.

After Foreign Minister Marise Payne tore up Dictator Dan’s controversial Belt and Road agreement with the CCP yesterday, Australia has faced a barrage of criticism from China’s politicians, state media and diplomats.

The editor-in-chief of CCP rag, The Global Times tweeted, “a formal agreement has been cancelled so easily. Australians, is your country an uncivilized rogue that deserves stern admonition and punishment?”

Australia’s Chinese embassy expressed on a "resolute opposition" to Minister Payne’s move, calling it another "unreasonable and provocative" action taken by the Morrison government against China.

And academics beholden to the CCP have tried to weaponise Australian federalism, saying the decision to “tear up the agreement from the federal perspective is a gross intervention in the development policy of the state”.

How can Chinese state media call Australia an “uncivilised rouge” state for cancelling a “formal agreement” when the CCP has so blatantly scrapped the “one country two systems” deal it signed with Hong Kong in 1997, almost three centuries early?

Doesn’t the CCP “deserve stern admonition and punishment” for flouting its obligations to the World Trade Organisation, considering around 80 per cent of Chinese steel manufacturing profits come from government subsidies?

And where is the outrage about China’s “unreasonable” decision to build more than 100 coal-fired power plants while it’s committed to peaking its emissions by 2030 under the Paris Climate Accord?

As Senator Matt Canavan said, “if we can't trust China in a belt and road infrastructure deal why would we sign a climate deal with them?”

Australia will not cop an arrangement whereby it’s one rule for the CCP, and another rule for us and our allies.

Afterall, only this week, Chinese President Xi Jinping himself said, “international affairs should be handled by everyone… bossing others around and interfering in other countries’ internal affairs will not be well received.”

Well, it won’t be well received here too, Xi.

Australia’s international affairs will be handled by our democratically elected Foreign Minister, regardless of what your henchmen and mate Dictator Dan agreed to behind closed doors.

Whether you like it or not, there’s no doubt tearing up a $107 billion deal which gives preference to Chinese companies for infrastructure development, biotechnology, research and manufacturing – all areas with critical national security applications and implications – was in Australia’s best interest.

Australians refuse to be bossed around by a regime which imposes tariffs on our exporters because we called for an independent international investigation into the outbreak of COVID-19 by the UN – especially considering President Xi asserts “we need to safeguard the UN-centred international system and preserve the international order underpinned by international law” at the same time.

And we will not let you intervene in Australia’s internal affairs by calling for an “unrestricted investigation” into Canberra’s supposed sexual assault crisis and alleged mistreatment of asylum seekers in offshore detention, when there’s a rape and forced abortion crisis in your Xinjiang concentration camps.

At the end of the day, the Morrison government has done the right thing here, but there’s certainly a long way to go.

The Port of Darwin is still in the hands of the CCP; the inferior Turnbull/Pyne class French submarine deal means we may have no operating submarines between 2030-35; and the CCP still controls millions of litres of our water and millions of hectares of our most prized agricultural land.

If this is the case PM, it’s time your government scrapped the other dodgy deals Australia’s state governments have done with the CCP for good.

The Port of Darwin should be the first port of call…